• You are plotting to liquidate our account, opposition party replies

The All Progressives Congress (APC) has alleged that the Peoples Democratic Party (PDP) and its presidential candidate, Atiku Abubakar, are currently facing serious difficulties raising funds for the 2019 election’s campaigns.

This is coming as the main opposition party has raised the alarm that President Muhammadu Buhari and the ruling party are planning to procure frivolous court orders from “compromised judicial officers” to garnishee accounts belonging to the party and critical stakeholders, perceived to be against Buhari’s re-election bid.

A spokesman of PDP’s presidential candidate, Paul Ibe, has also dismissed the APC’s claim that Atku is broke, saying the 2019 presidential election will not be about money but the supreme will of the Nigerian people.

APC’s Deputy National Publicity Secretary, Yekini Nabena, alleged in a statement issued yesterday in Abuja that due to the stringent measures put in place by the present administration, the main opposition party is in a dilemma on how to source funds to run the Atiku’s presidential campaign.

Nabena said available information from the PDP’s recent strategy meeting in Dubai, United Arab Emirate, showed that there was a major setback over sourcing campaign funds, adding that Atiku’s hope of getting funding support from governors was dashed.

“The presidential candidate expects the party to provide funds for his campaign. This is the Buhari era – an era of strict accountability and transparency in the use and application of public funds and not the Jonathan era in 2015 when the national treasury was opened to PDP leaders to prosecute the presidential campaign.

“The party leaders are therefore in serious difficulties and dilemma on how to source funds to run the Atiku Presidential Campaign. Some financers of the party expect that the candidate, having bought the ticket with millions of dollars should have the financial capacity to run his campaign. With the candidate’s expectation that it is the party that will fund his campaign, it is now clear that they are at a crossroads and the chickens have come home to roost.

The APC chieftain said the anti-corruption agencies should gird their loins and ensure that all sources of campaign fund by the political parties are closely monitored and to recover all looted funds.

According to Nabena, such recovered funds should be applied for the benefits of the poor masses who were denied democracy benefits during the 16 years’ misrule of the PDP.

“It is now clear to the members of the PDP who were deceived into believing that their presidential candidate is a man of stupendous wealth that it is all a mirage – a 419 packaging and that they entered a ‘one chance’ bus.

“As we approach February 2019 when general elections will be held in Nigeria, the electorate are becoming more conscious and aware of the deceitful nature of their so-called leaders. Alhaji Abubakar the presidential candidate of the PDP is nationally known as a man of immense wealth. Apart from his being a retired officer of the Department of Customs and Excise not above the rank of Deputy Director, and not known to have been an exceptionally successful businessman, his claims to stupendous wealth and source are questionable and lack credibility.

He added that the Nigerian electorate has “a better alternative to stick to the clean, honest and transparent leadership of Muhammadu Buhari who has done so much to ensure better future for them after the 16 years’ misrule of the PDP.”

But in a swift response, a spokesman of the former Vice President, Ibe, dismissed the APC’s claims, saying the coming presidential election will not be about money but the supreme will of the Nigerian people.

“Nothing can stop an idea whose time has come. Nothing can stop the zeal of Nigerians to elect the President of their choice. This election will not be won by money or lies or propaganda or intimidation but by the supreme will of the Nigerian people as expressed in their vote. Abubakar will be elected President by Nigerians in February 2019 notwithstanding the machinations of the APC-led administration,” Ibe explained.

Meanwhile, PDP has alleged that President Buhari and the APC are planning to procure frivolous court orders from “compromised judicial officers” to garnishee accounts belonging to the party and critical stakeholders, perceived to be against the President’s re-election bid.

The National Publicity Secretary of the party, Mr. Kola Ologbondiyan stated that already, accounts belonging to critical stakeholders are being frisked with a view to liquidating them ahead of the general elections.

The main opposition party said it was already aware of how instructions had been given to certain agencies of government to trail and throw up fabrications in order to create an impression of financial infractions around the said accounts.

“It is clear that the only reason for this is to ensure that our party and candidates are deprived of access to funds for campaigns, but the APC and the Buhari Presidency fail to realise that the 2019 election is now a battle between them and Nigerians, who are the bastion of the PDP,” he explained. 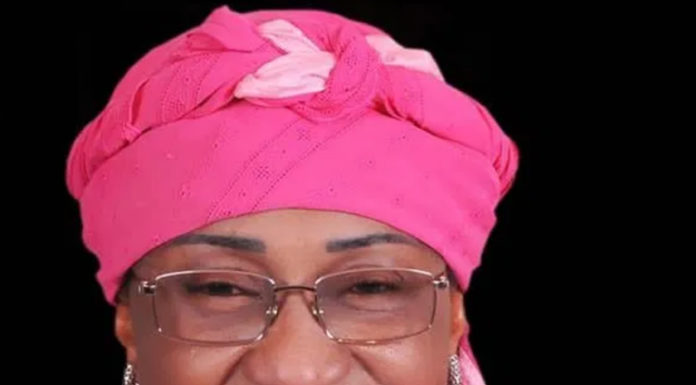