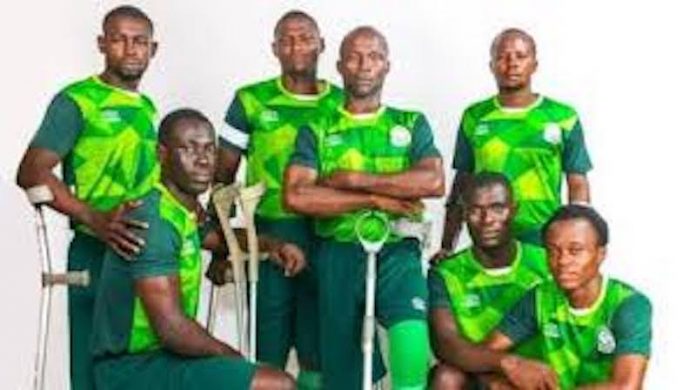 Following the average performance of the country’s representatives at this year’s Amputee Football World Cup, Nigeria is now ranked 19th in the world.

Before the tournament in Mexico Nigeria was not ranked having not participated in the championship previously.

Angola which won the World Cup is ranked number one in the world while another African country Kenya was placed 12th in the global ranking.

President of the Amputee Football Federation in the country, Mr Isah Sulaiman, told THISDAY in Minna yesterday that the latest ranking of the country “will boost the acceptability of the game in the country.

He however pleaded with the federal government to assist the federation with funds saying that lack of financial resources stopped the team from proper preparation for the World Cup which also affected their performance at the global championship.

In the just concluded championship Nigeria lost 0-6 to Brazil in the first preliminary stage match while the country also lost 0-3 to Russia before beating El Salvador 1-0 and drew 1-1 with Colombia.