A new twist has been added to the ongoing trial of the former Director-General of Nigerian Maritime Administration and Safety Agency (NIMASA), Dr. Patrick Ziadeke Akpobolokeme, and five others as the Economic and Financial Crimes Commission (EFCC) has decided to withdraw charges against three of the defendants and made them its witnesses in the amended charge.

In the original charge filed before the court, Akpolobokeme is being tried before an Ikeja High Court of Lagos, alongside Captain Ezekiel Bala Agaba, Vincent Udoye, Ekene Nwakuche, Governor Amechee Juan and Captain Adegboyega Olopoenia Shaib and a company, Gama Marine Nigeria

They were all accused of allegedly stealing the sum of N754.8 million.

However, in the amended 12-count charge dated November 1, 2018 and filed before the court, three of the defendants, Ekene Nwakuche, Governor Amechee Juan and Captain Adegboyega Olopoenia Shaib, were removed from the new charge and same was withdrawn against them. They were listed as additional witnesses to testify in the matter.

At the last hearing of the matter, the prosecutor, Mr. Rotimi Oyedepo, had told the court presided over by Justice  Raliat Adeniyi, that his agency withdrew the names of Nwakuche, Governor Juan and Olopoenia and make them prosecution witnesses in the matter, following a change of strategy in the matter and this gave room for speculations that the trio struck a plea deal with the agency.

Reacting to the insinuations surrounding the plea deal struck with the anti-graft agency, lawyer to one of the ‘new EFCC witnesses in the matter, Ige Asemudara, said there was no time his client, Governor Juan and others had a plea deal with the agency, rather it was the agency that spoke with his client and others that the charge will be withdrawn against them and later decided to make them prosecution witnesses.

Asemudara while reacting to media reports on his client and others said: “The insinuation that my client, Governor Juan, had a plea deal with the EFCC so that he can be the agency’s witness in the case is not true and can never be true.

“The  EFCC out of their own wisdom and strategy decided to withdraw charges against the three defendants and make them witnesses in the matter in order to strengthen the commission’s case against the remaining defendants.

“Although I don’t know the exact discussion EFCC had with Captain Olopoenia and Mr. Nwakuche, but for my client, I know EFCC now prefers to call the three of them as witnesses and removed  their name from the charge.

“As for my client, it was not a condition for removing his name from the charge. However, he has been listed as a witness, he will definitely tell the court what he knows about the matter when he is called to the witness box. He owes that duty to the court and to the nation whether he was previously charged or not’.

“We thank God that the cases are being withdrawn against him. This justifies our position from the beginning that he ought not to be charged,’’ Asemudara said with a frowned face.

Meanwhile, the matter has been adjourned till November 30 for continuation of trial. 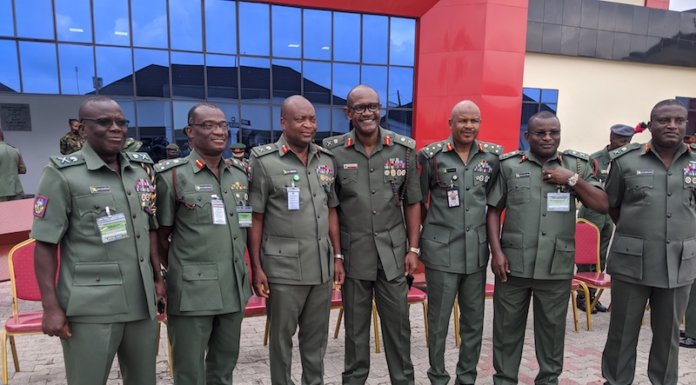