The Campaign for Democracy (CD) Thursday warned the federal government against paying any ransom to secure the release of Leah Sharibu, the only remaining student of Girls Technical College, Dapchi, Yobe State, that is still being held by the Boko Haram insurgents.

This is even as a newly inaugurated body for student theologians in Nigeria also pleaded with the European Union, the United States and the United Kingdom, to team up with the federal government and free Leah from captivity.

The CD Secretary General, Pastor Ifeanyi Odili, in an interview with THISDAY, said the body had to caution the FG against the ransom-payment option, following a recent report that the insurgents were demanding an N100bn ransom.

According to him, it is not politically expedient for the government to pay ransom before the girl is released, as this would create a wrong impression before the international community that Nigeria is a trade partner with terrorists.

Odili added, “Besides, this will send a wrong signal to the international community that Nigeria is now a trade partner with terrorist groups and as such, can no longer be trusted in the global fight against terrorism.

“When Osama bin Laden and his Al Qaeda group were terrorising the world, why didn’t the United States Government pay ransom to them, even for the people they kidnapped?

“Indeed, paying ransom is an indictment on our military; that they are weak and incapable of facing the terrorists in battle, and of course, a damnation of the intelligence gathering ability of other security outfits.”

On humanitarian consi-deration that the ransom option should be explored to make the hapless girl return home, Odili quipped, “That lady has been kidnapped and that is the fact on ground, and only God can get her out.

“If God does not want her out, bring all the super powers or pay jaw-dropping ransom, she would still not come
out.”

“What we can only do as a country is to work on our security tactics and continue to pray for her, so her fate won’t be fatal; but to pay ransom, as we might have done in the past, shows that Nigeria is a pro-terrorist country,” he summed.

Meanwhile, the newly elected first chairman of National Theological Students Body, Mr. Okorie Chukwuemeka, has called on the European Union, the United Kingdom and United States of America to provide support for Nigeria in efforts to secure the release of Sharibu and others in captivity of the insurgents.

Chukwuemeka, of World Harvest Bible College and Seminary, Calabar, Cross River State, in his inaugural address, demanded that the plight of the girl should be of concern not only to the Christians but to all peoples, countries and organisations of conscience.

Okorie said: “We are concerned because we are students of the Word of God, and we also know that people in captivity have the right to move freely and choose who to worship”.

He called on the youths in the country, which he said are over 60 per cent of the population, to know their rights, develop strong morals and seek national unity and peace.

He also demanded from the government, regular electricity supply, quality education, and good health facilities for all.

The chairman of the student theologians, however, warned upcoming Christian leaders to avoid heresy and
worldliness. 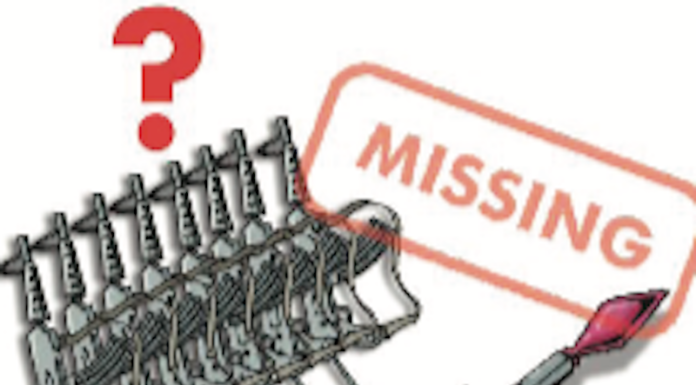