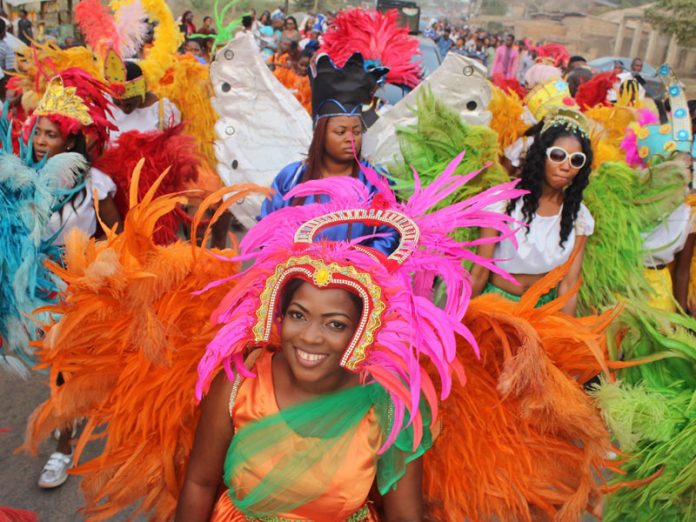 In its quest to promote the rich cultural heritage of the state, Governor Godwin Obaseki of Edo State, has unveiled the Ososo Cultural Carnival Logo.

Unveiling the logo in Benin City, Obaseki said one of the thematic points of his administration is the promotion of arts and culture because of its added value to the economy.

Obaseki who was represented by the state Commissioner for Arts, Culture, Tourism and Diaspora Affairs, said arts and culture has remained a strong point of the state, being a home of culture.

According to him, “our culture is our heritage, integrity and everything about us. One of the focal points of this government is the promotion of arts, culture and tourism because of its added value to the economy of the state.”

The governor added that Edo State is second to none in terms of culture, just as he stated that what the state has and what it neglected in the past are enormous.

He said the huge investment in the sector will foster rapid economic development in the state, adding that the government’s unwavering commitment and determination to unlock the investment potentials of the sector has recorded a huge success, which the Ososo Carnival is a part of.

“Permit me to place on record our deep gratitude and sincere thanks to Governor Godwin Obaseki for his unwavering commitment and determination to unlock the investment potentials of the arts, culture and tourism sector in Edo State. Ososo Carnival is a beneficiary of this policy thrust of his administration.”

Speaking on this year’s theme: “Ososo Carnival: Celebrating Unity for Community Development”, he said it underscored the potentials of peace and unity in promoting opportunities for sustainable community development.

Ajayi said the theme was ideally timed to focus attention on the need for communities around the world, especially tourist destinations to promote the culture of unity and peace in order to allow domestic tourism to thrive.