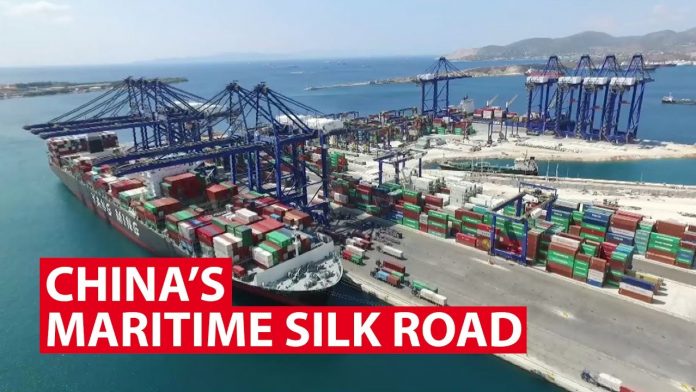 The Director-General of the Nigerian Maritime Administration and Safety Agency (NIMASA), Dr. Dakuku Peterside, has described the Chinese Belt and Road Initiative (BRI), also known as the Silk Road Economic Belt and the 21st-century Maritime Silk Road as game changer for global transport and substantially.

These, he said would affect the pattern of global commerce.

Dakuku, stated this in Dubai during the Dubai Maritime Summit 2018, which was part of the events at the five-day UAE Maritime Week.

Speaking on the benefits and risks of the BRI, a Chinese government development strategy aimed at enhancing regional connectivity through infrastructure development and investments in Europe, Asia and Africa, the NIMASA boss urged African and Middle East countries to plan mitigation measures against potential risk elements of the initiative.

He identified the likely risk elements to include trade imbalance in favour of China and Chinese control of trade infrastructure, which will give it a lot of leverage in the global market place.

According to him, “Chinese policy will affect port calls and hub decisions, which may adversely affect ports of Africa and Middle East; Chinese political influence and dominance leading to reintroduction of Sino centric order is imminent; the tanker market will shrink substantially, as pipelines across continents will be the preferred mode of transportation of oil and gas.”

However, he said the benefits of the Chinese economic initiative outweighs the risks.

At the event, the panellists unanimously agreed that the China Belt and Road initiative would open new markets in global commerce, improve connectivity between modes of transport, enhance speed and efficiency at the ports, open new international trade routes, and boost technology transfer.

Previous editions included some of the most distinguished local and international guests, such as Secretary-General of the International Maritime Organisation (IMO), Kitack Lim, and UAE Minister of Infrastructure Development and Chairman of the Federal Transport Authority, Land and Maritime, H.E. Dr. Abdullah Belhaif Al Nuaimi.

The Belt and Road initiative is the signature policy of Chinese President Xi Jinping. The basic idea behind it is to boost trade and economic integration among the countries in the initiative through investments in roads, pipelines, ports, communication networks and other such infrastructure that promotes connectivity.