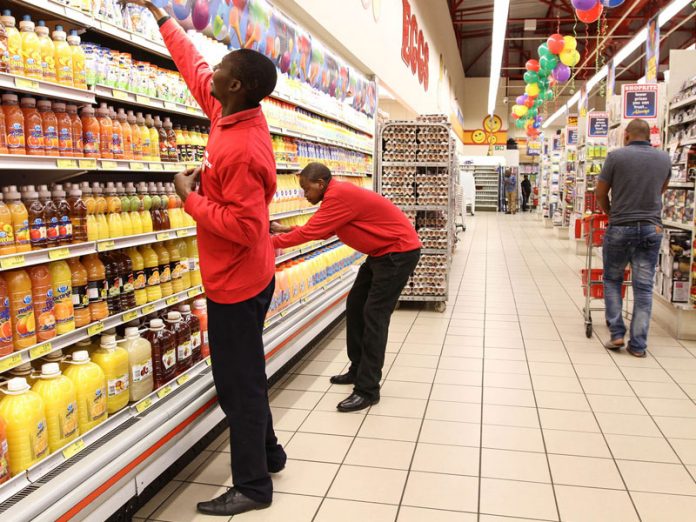 Crave for quality and shopping experience in serene environments appear to be driving Nigerian consumers towards patronage of various shopping malls across the country.

Following the opening of more departmental stores in major Nigerian cities, especially; Lagos, Abuja, Ibadan, Port Harcourt and Kano, the markets are experiencing new purchasing trends as large number of consumers seem to have started readjusting to the new regime with little regard for open market.

While Miniso, Spar, Shoprite and Justrite are some of the leading retailers in Lagos, shoppers in Ibadan have FoodCo, a 38-year-old supermarket brand and Shoprite to contend with in the Africa second largest city. In Abuja, Kano, and Port Harcourt, Shoprite is though a dominance brand; it has many stores, especially Spar to slug it out with.

When Ikeja City Mall was established few years ago, there were mixed feelings on whether the environment was ready for such innovation.

But barely a month after it began operation, the impression changed as the mall suddenly became a Mecca of sort for shoppers.
Reports from Ilorin, Akure, Enugu where malls were recently inaugurated, have also indicated that Shoprite; a major tenant in the cities now realises between N100 million and N150 million sales on daily basis. This is not different from what the operators of similar malls in Port Harcourt and Calabar are experiencing on daily basis.

In fact, a report, carried out recently on the investment opportunities in the retail segment of the Nigerian real estate market, revealed that a survey carried out in just one million households within eight kilometres radius of the Ikeja City Mall spend N18 billion on shopping.

If not for any reason, the strategic location of Lagos and its population has boosted the fortune of the malls located in the commercial city.

Aside the Ikeja Mall, which is currently making waves, there are other brands like Spar, Justrite, Pack ‘N’ Shop in Surulere, Ikorodu, Lekki and other parts of Lagos mainland that are recording high patronage.

Ibadan experience
In Ibadan where FoodCo Supermarkets, a diversified consumers’ good company with interests in retail, fast food and manufacturing, based in Ibadan, Oyo State is calling the shots for close to four decades, the situation changed few years ago when Shoprite opened stores on King Road and Dugbe respectively. Aside from making choices available for consumers, the new development has put existing brands, especially FoodCo on their toes, thereby increasing competition among the players.

Perhaps because of its affinity with consumers and good understanding of the market, it has been extremely difficult to push FoodCo to the back seat.

In line with its vision of maintaining its dominance in the retail chain business in the city, the management of the company recently inaugurated another outlet of the business in Akobo, a major area in the city.
With the new store, the company now has seven outlets in the highly populated city. Other areas where its outlets are located include; Bodija, Idi Ape, Jerico, Monatan, Dugbe and Apata.

Feedbacks
At the inauguration of its 7th outlet recently, Ibadan people demonstrated their love for the brand as they trooped in their hundred to experience the new shopping pattern in Akobo.
One of the early callers in the store, Mrs. Temitayo Obafaiye, said her visit to the mall was her first shopping experience in any of FoodCo outlets in Ibadan.

“As I was on the queue to have my goods calculated and checked, I looked back with nostalgia as I remembered how Kingsway stores were in the early and mid 80’s. In fact, just as a man was taking a cone ice-cream beside me, my memory took me back to when as a young girl I would go to Kingsway with my mum for shopping.

While appreciating the company for giving Akobo a sense of belonging by locating the store in the area, she also noted that the company’s slash sale prices, was a plus for the brand. She further stated that with FoodCo, children would certainly have excellent shopping memories.

Speaking at the inauguration of the new outlet, the company’s Executive Director, Mr. Ade Sun-Basorun, stated that the decision to open the new outlet in the area was informed by the need to ensure that the company’s array of quality products are made available to more customers in the city, especially the teeming population in the area.

Sun-Basorun explained that the supermarket had, over the years, refined its offerings to meet customer needs and consistently pioneered new offerings, as a way of enhancing customers’ shopping experiences.

He attributed the feats the company had been able to achieve, over the years, to the staunch support it enjoys from all major consumer brands, a development, he added, had committed the company to very responsible and ethical operations.

He pointed out that the supermarket and its fast food arm has been able to serve generations of families residing in the city, adding that the longevity of FoodCo business has allowed the company to serve families for generations. He said: “Now we have almost a third generation of families that are now our customers. So, customers who were young mothers or young folks in the 80s when we started, their children grew up shopping here and more importantly they grew up socializing. Now they have and those children also are shopping here.

According to him, the brand’s longevity has allowed it to build not just professional relationship but also personal relationship with customers. “Affordability, quality products and convenience are really the elements we are driving on to deliver on this vision. But for us it’s beyond just growing an enterprise. T’s about what we do for our people and for our communities.
Sun-Basorun added that the company had also established strong partnership with manufacturers of local products as a way of encouraging and helping local businesses grow.

He expressed the hope that the latest outlet would go a long way in enhancing the shopping experiences of the people around the area and further ignite economic activities.

Expressing his delight at the commissioning of the new outlet, Sales Development Manager, Cadbury Nigeria, Mr. Olalekan Kayode, one of the company’s major suppliers, stated that the Akobo outlet would further enable the two brands realize their goal of providing more Nigerians with affordable products.

“We at Cadbury are delighted to be part of this. It is a partnership that has been built over the years, and we are happy that the company has become one of the most retail chain through which we get to our consumers,” he added.

Another partner, the Territory Sales Manager for Reckitt Benckiser in Oyo state Dayo Omoluyi, said Reckitt Benckiser has been partnering with Foodco since the birth of the food company. She stated that the partnership has been good because the supermarket is good platform for the multinational company to serve the customers.