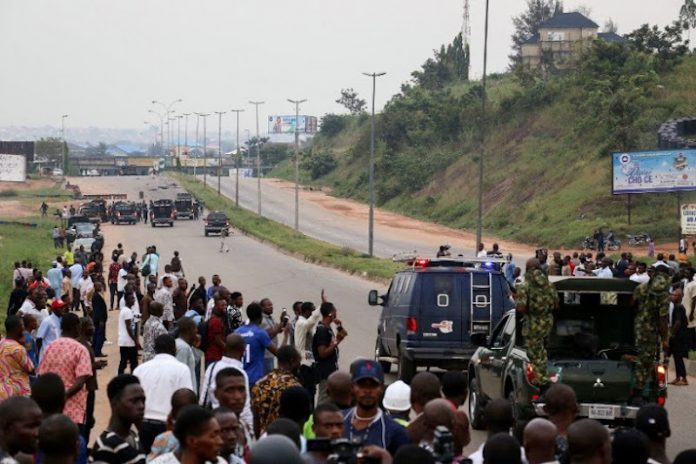 had clashed in several locations in Abuja with the Shiite Islamic sect, leading to the death of 17 sect members while some soldiers were wounded.

A military source told THISDAY last night that the underlying fact in the clash bordered on the fact that the sect was taking orders from Iran.

“Shiite Islamic sect is from Iran. Iran wrote the federal government to release Zakzaky, their leader. They are making sure that he (El Zakzaky) doesn’t obey the laws of Nigeria. “Nobody went after them. They are the aggressors,” the source said.

Competent military sources had told THISDAY that the major challenge facing the military in the fight against insurgency was government’s inability to buy weapons.

The source had blamed the development on the monthly report filed by Amnesty International to western countries, urging them not to sell weapons to Nigeria over its poor human rights records.

“The 12 Tucano aircraft that US sold to us – has anyone bordered to ask why those aircraft would be delivered in 2020?” he queried.

“The Nigerian Army has received a shipment of ammunition to further enhance its operational capabilities and combat efficiency.”