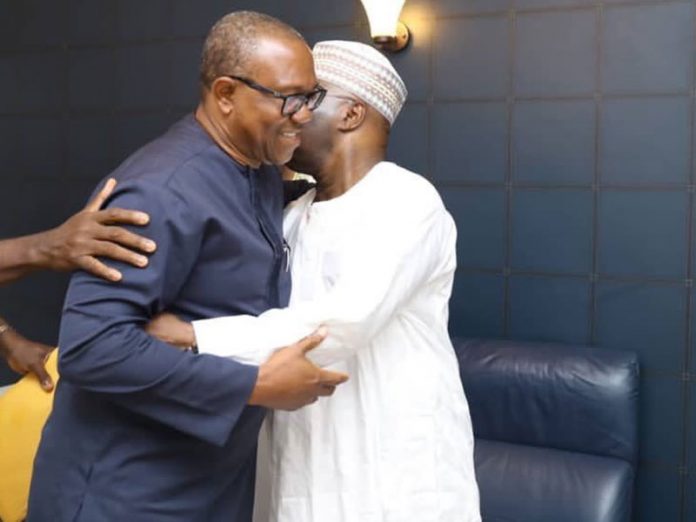 How promise of vice presidency to multiple candidates caused a storm

It has emerged that the immediate pushback by South-east leaders against the choice of their kinsman, Mr. Peter Obi, as running mate to the presidential candidate of Peoples Democratic Party (PDP) in next year’s election, Alhaji Atiku Abubakar, was due to an alleged multiplicity of persons promised the same post. Atiku was said to have promised about five people from the zone the same position, but settled for Obi without running it by the others.

Thus, rather than elicit excitement, Atiku’s eventual pick of Obi caused unexpected rage among the political elite in the South-east, as a majority of them considered his decision without consultation a betrayal.

Among those believed to have been promised the vice presidential position were the Deputy Senate President, Senator Ike Ekweremadu; Chairman, South-east Governors Forum and Governor of Ebonyi State, Chief David Umahi; Obi himself; and two others, whose identities could not be immediately ascertained at the time of going to press.

THISDAY learnt that Atiku was advised by his campaign team to promise as many people as possible the vice presidential position, which was exactly what he did as a way to corner the South-east votes at the convention. It was on the basis of this that many of the potential picks went to work and campaigned vigorously, mobilising the South-east states to support Atiku’s presidential bid and at the same time committing huge personal resources in the hope that an Atiku win would automatically catapult their political career.

Unfortunately, while they were still celebrating Atiku’s victory and the hitch-free convention that brought him, the news broke on the social media that Atiku had settled for Obi, a former governor of Anambra State, as his running mate.

According to one of the former vice presidential hopefuls, who preferred anonymity because of the sensitive nature of the issue, he was shocked by the news.

“I thought it was fake news, when I first heard it on the social media,” he said. “I was shocked. It hit me so hard I couldn’t believe it, not even the courtesy of one phone call to let me know things had changed and that the promise earlier made to me was no longer feasible. At least, I would understand.” Another person said to have been promised the same post also lamented the way Atiku eventually made his pick without recourse to them.

He said, “Many of us were disappointed. We expected that having emerged as the PDP candidate the running mate pick would go through a process that would eventually lead to his pick. But that was not the case. We had even thought of involving APGA to get their buy-in so that the entire South-east would be involved in the selection process, which would have put us in a very strong position going into the election.

“So, the strong resistance from the South-east leaders wasn’t so much a rejection of Peter Obi, but more about the disappointment by some of those that Atiku had promised the same position and the lack of consultation that led to the eventual pick of Obi.”

The choice of Obi as running mate seems to have particularly affected the political career of Ekweremdu, presently the highest political office holder from the South-east. Should Atiku win the presidency in 2019, Ekweremadu, assuming he goes back to the senate cannot remain Deputy Senate President since Peter Obi would be the Vice President. The position of Deputy Senate President would naturally be zoned to another region to maintain balance and representation. So what is there for Ekweremadu?

Many are of the view that Atiku bungled the process of picking his running mate and, ultimately, watered down the momentum his emergence had generated. Multiple sources close to opinion moulders in the South-east have expressed fear that should Buhari strike a deal with the All Progressives Grand Alliance (APGA), it may create problems for Atiku.

Already, many of Atiku supporters are believed to be worried about South-east mobilisation in next year’s general election, especially, since the governors, who are unhappy with the current situation, are effectively in control of their people.

Many stakeholders are now of the view that if the Atiku/Obi ticket is to have the kind of acceptance expected from the zone, Atiku and his team would have to properly manage the situation without giving the impression that “there is nothing they can do about the decision he has taken”.

THISDAY has also learnt that Igbo leaders are demanding an agreement from Atiku on his offer to do just one term of four years which was one of the selling point to get South-east support.