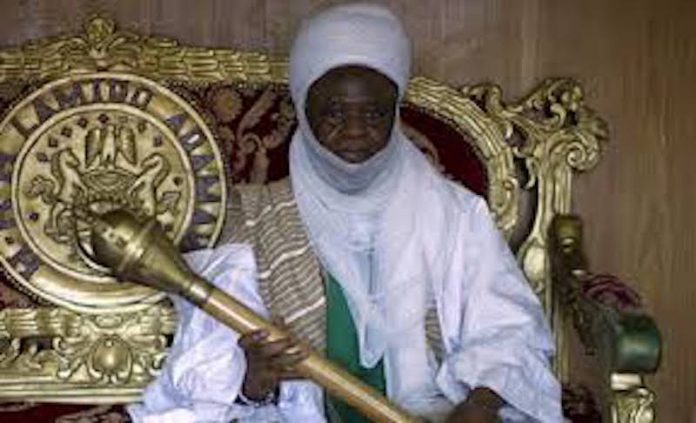 Barkindo, also Commissioner for Local Government & Chieftaincy Affairs in Adamawa State, noted that Buhari would win the next presidential election while the state governor, Senator Jibrilla Bindow would win the state’s governorship election in 2019.

He made the remark in Yola, the Adamawa capital yesterday inaugurating some coordinators of the All Progressive Congress (APC) to mobilise support for Buhari/Bindow at the grassroots.

While Barkindo is the first son of the Lamido of Adamawa, Alhaji Muhammadu Aliyu Musdafa and crowd prince, Atiku is the Waziri of Adamawa Emirate, next in command to his father.

At the inauguration yesterday, the crown prince explained that inaugurating the squads was basically to vote for Buhari and Bindow and other APC candidates only.

He said, “I am confident that Buhari would defeat Atiku Abubakar in Adamawa State. That is why we are here to plot this teaming squad to go out and deliver every unite in Adamawa State for Buhari/Bindow.”

“We must work hard to give victory to Buhari in Adamawa State and Governor Bindow,” the governor added

He noted that he had decided to form the squad in the 21 Local Government Area (LGAs) so that the APC will sweep Adamawa and defeat the Waziri Adamawa in the 2019 elections.

He urged the electorates “not to waste their votes on any person, but vote Buhari and Bindow only. They are the only people who can guarantee the future for Adamawa people because of many development projects embarked on by Buhari and Bindow in the last three and half years.