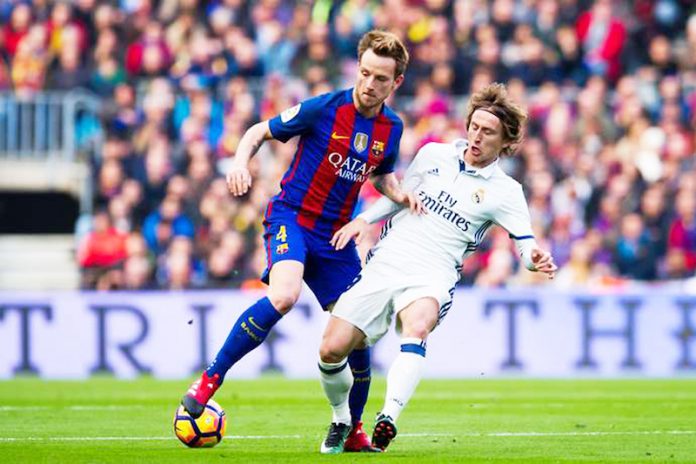 Barcelona and Real Madrid will play the first El Clasico without both Lionel Messi and Cristiano Ronaldo in 11 years when they meet in La Liga today. With Messi injured and Ronaldo now at Juventus, both sides will be looking for a different source of inspiration in the afternoon clash at the Nou Camp.

Real Madrid are a club in crisis following their worst start to a La Liga season in 17 years and boss Julen Lopetegui was faced with more questions about his future on the eve of the showdown.

“I hope to still be breathing,” Lopetegui, whose side have gone five games without a win, told reporters. “Everyone is 100 per cent full of energy and my energies are 100 per cent focused on helping the team.”

Having been denied the chance to lead Spain into the World Cup after being sacked on the eve of the competition for agreeing to take the Real job, the 52-year old is adamant that the game is the biggest of his managerial career.

“Nothing compares to it,” he said. “In footballing terms of course it’s a game with huge expectation and it’s the highest level.”

Defeat would see Real fall seven points behind their second-placed rivals (with a game in hand), just 10 games into the campaign, but Barca boss Ernesto Valverde is wary of “wounded” opponents.

“The more wounded Real Madrid are, the more dangerous they are,” Valverde said. “They have the quality to come back and they are a great team. I am expecting Real Madrid at their best.

“We are coming off the back of two good performances and we are looking at El Clasico to round off a great week.”