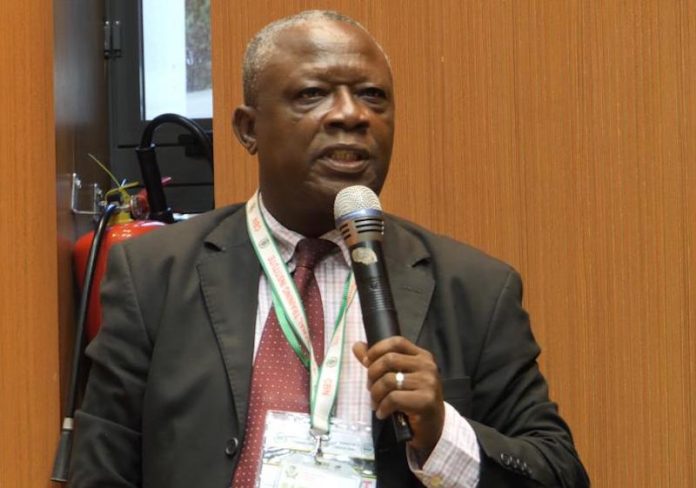 Professor Uche Osunkwo is the President of the Nigeria Society for Toxicological Sciences (NSTS). In this interview with Jonathan Eze, he speaks about activities of his association and how it intends to collaborate with government to boost the economy. Excerpts:

What informed the formation of this group?

The Nigeria Society for Toxicological Sciences (NSTS) was registered with the Corporate Affairs Commission (CAC) in 2010, and since then, we have been trying to articulate the toxicological issues in Nigeria and thinking of ways to proffer solutions to these concerns. So, the body of Toxicologists in Nigeria, found in various Universities, Research Institutes and private organisations have been collectively thinking about these toxicological challenges. It is against that background that we came up with the theme of our first Scientific Conference, which is ‘health, environmental and economic impacts of man-made and naturally released toxicants’.

These challenges are numerous in Nigeria and we further created some themes that touched on oil and gas pollution, food toxicology, tobacco harm reduction, agricultural produce, heavy metals (lead and Mercury) and industrial chemical including Pharmaceuticals and pesticide toxicology, etc.

However, when the executives of the NSTS paid a courtesy call on the Hon. Minister of Science and Technology, Dr. Ogbonnaya Onu to intimate him on the conference and invite him to declare the conference open, he expressed the opinion that members of the NSTS should tackle as a matter of urgency scientific discourse and research on Nigerian agricultural produce. He informed us that made in Nigeria products are been rejected abroad because of issues ranging from hygiene to fertilizers and pesticides (excessive chemical content). The honorable minister charged NSTS with the need to address the issue with a view to developing systems and strategies for minimising the challenges and making Nigerian agricultural produce more internationally competitive and acceptable.

It is a challenge that we as members of NSTS are pleased to take on, so, we promised him that in the next one year, we will come up with propositions on meeting up with the challenge and finding solutions. I am glad to say that we already have a strategy to solve this in place and immediately after this conference, during our annual general meeting, we are going to get toxicologists working in Nigeria to face the challenges. We hope to come up with an initial document that will outline measures that will be undertaken by members by way of risk assessment to proffer solutions to the challenge.

We are also poised to evolve a strategy document that would help Nigeria address toxicological issues holistically. We notice that Nigeria has been rather reactionary on toxicological issues, merely responding to media reports on some of these incidents but we have now decided as a society to gather and keep a data base of toxicological challenges with informed solutions before they get out of hand

To aid this, we have partnered with some organisations to develop an app called ReporTox. ReporTox is a free android app and it can be downloaded from our website at www.nsts.ng. With the app, anyone can send a report on toxicological challenge or exposures to the NSTS from any location across Nigeria.

What do you intend to do with the data gathered?

We intend to apply artificial intelligence in making use of the historical data so gathered to predict the future, and be able to identify clusters of these toxicological challenges/exposures and the region they are prevalent for better planning. This is the key function of ReporTox. Once you tap the app, the app takes you to the NSTS website to guide you file your report.

Which types of toxins would you say have been identified as regards health, the environment and the economy?

From our conversations, so far, you would notice that there are toxins in the areas of food toxicology. One of the presentations at this conference speaks to aflatoxins. The aflatoxins are a family of toxins produced by certain fungi that are found on agricultural crops such as maize (corn), peanuts, cottonseed, and tree nuts. The main fungi that produce aflatoxins are Aspergillus flavus and Aspergillus parasiticus, which are abundant in warm and humid regions of the world, one among many accountable for the rejection of Nigerian agricultural produce abroad.

What is the likely economic impact?

The immediate economic impact is that we lose a lot of foreign exchange and that affects our GDP and as a country. The climate and temperature in Nigeria are conducive for the growth of this microorganism. We intend to identify all of them for action.

On oil and gas sector, we listened to the presentation from the studies done in Port-Harcourt and Bayealsa State, we saw clear indications of exposure by individuals to the fumes, different types of gases (sulfur carbon monoxide etc and how they affect the health of the people around the gas flaring sites, this will also be looked into.

Then for tobacco harm reduction, the tobacco smoke is toxic. Though we know that about five hundred years ago, when the whites were not here yet that people were using tobacco, but nobody thought about the harm in tobacco then. People just ground it, sometimes they sniff it or put it into their nostrils, others just wrap it at times to smoke, and others rub it on their gums.

All these happen because the nicotine in tobacco gives this feeling of wellbeing or what we call euphoria, so people repeatedly used the tobacco but having realised the commercial importance of tobacco, the white man made it into cigarette and brought to us, they also studied the cigarette and saw that it was not healthy. Lung cancer and many other diseases are what research studies have shown which is due to mutagens and carcinogens present in the burning of the tobacco as well as the compositions of nicotine and all other chemicals users are exposed to.

Interestingly, it is also the white man that is coming up with reduced risk products that have the potential to reduce the risk of the damage to health as found in crude tobacco.

Again, there is Chemical toxicology, food toxicology, oil and gas, and many others. However the one that has not been featuring is telecommunication toxicology. Some studies have been done to show that the associated challenges of staying around the telecommunication mast but such studies are still on going, to help ascertain the extent of the toxicity. Our members are trying to determine if the toxicological challenge can be tolerated or not. At this conference, we will have a chance to listen to some presentations on that.

The Conference saw a claim by a tobacco company on the provision of alternatives to reduce harm. As a society, what’s your take on this?

We have not been able to find foolproof alternatives traditionally. I mean we don’t have any scientific proof on reduced risk products yet. It must be noted thought, that it is the white man that introduced processed tobacco products to us. From their research findings, we learnt that the same tobacco products could come with harm to health and the environment. The third chapter of the tobacco story now is what we are learning, to be the possibility of risk reduction.

The interest of the NSTS is the science and knowledge in the claim, because, if you remove the tobacco companies, people will continue to use traditional tobacco products the way they desire, and the way they have been using it before processed tobacco products were introduced. This could pose greater risk to all parties. For instance, in my village, there are many elderly women who buy raw tobacco to put in their bags and use their fingers to apply it into their mouths for five or ten minutes. You also find some men scoop it into their nostrils as if they are sniffing cocaine. So the challenges are there. Sometimes harm is done to the body following the use of traditional tobacco but we have not been able to provide alternatives yet.

Have you as a body of scientists at any point engaged government on the need to empower your group or scientists to embark on researches that would proffer solutions to some of these problems?

I can say that we have engaged government. We have contacted the Hon Minister of Science and Technology to intimate him of what we are doing for which he was very happy. He commended us for doing a great job. As part of the opening ceremonies of this Conference, the Director General, National Institute for Pharmaceutical Research and Development, Dr. Odiadi described our job as fantastic and that his Institute will want to collaborate with the society. He expressed concern on toxicological challenges associated with traditional medicine and new pharmaceutical products. So that’s part of government but we need to help government more.

Still on e-reporting of toxicological issues, how would you carry the people living in rural areas along?

That would be down to the level of support we get from the Nigerian media. It’s about time that the media started championing scientific discussions. Show some interest in toxicology, do some sensitization. Everything cannot be left to the government, that’s not feasible. Government cannot do everything. Government cannot be everywhere, even when the police are everywhere and trying to enforce law, government is not in everywhere but you can see the manifestation of the government like the police. But for the media, there is radio all over this country, there is television in every part of this country. Start the discussion, let everything not be politics and socials, let some discussions be on the methods of science and technology. Interestingly, they are simple.

The scientific and technological results are media friendly with most of the designs easily representable. Open up scientific feats for public discourse. The design must be understandable by the people since science and technology accepts second opinion. It is not what I say that is final. Never, there must be a second opinion which we call peer review process. So the media have a strong role to play in the sensitization and all that go with it, for these toxicological challenges, news like safety can come up, news like protective mails on public health and protection can come up. The underlining factor is that, there has to be a toxicological challenge before public health can be at risk, there has to be a toxicological challenge before you think of safety of individuals and communities so the media has a role to play.