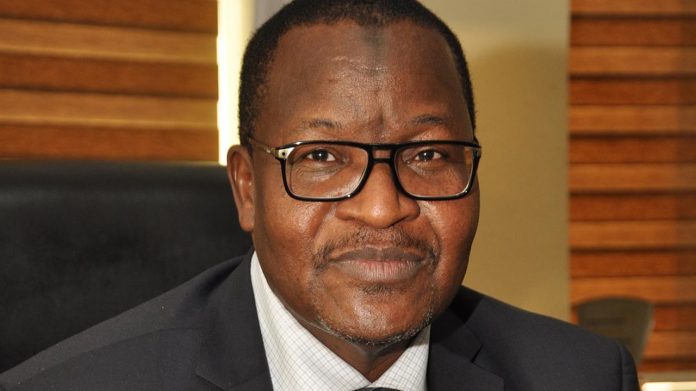 The Executive Vice-Chairman of the Nigeria Telecommunications Commission (NCC), Prof. Umar Garba Dambatta, Thursday in Kano said that President Muhammadu Buhari has directed the commission to ensure that all nooks and crannies of the country is fully captured in the broadband deployment programme geared towards the enhancement of socio-economic development through telecommunication technology.

According to him, the tremendous capacity of broadband services at the Lagos landing points is not being felt in the hinterlands, pointing out that there was urgent need to cover areas where the broadband services have not reached for the benefit of the people who are resident outside major cities.

Dambatta, who stated this in Kano during the first-leg of Broadband Engagement Forum for stakeholders in the North, said already the country has been divided into seven zones, namely: North-west, North-east, North-central, South-south, South-east, South-west and Lagos zones to ensure effective and equitable broadband service deployment.

He explained that already, NCC has set up an Implementation Monitoring Committee, not only to monitor the establishment of the broadband infrastructure project, but to also ensure adequate sensitisation of all stakeholders, and as well proffer solutions to challenges of broadband deployment such as payment of taxes and right of way.

Dambatta, who highlighted the benefits of broadband services, noted that there would be gradual transformation in the areas of health, education, transportation, socio-economic development, as well as transparency and openness in governance.

He further noted that the implementation of the broadband project would certainly impact positively on the lives of Nigerians, adding that with broadband services, Nigeria can join the league of the 20 most powerful countries by the year 2020.

He said all the dedicated zones are expected to achieve the broadband implementation not below 1.5 megabyte requirement, because the national broadband office has defined the speed achievable and that should be maintained if the transformation is to be made possible.

The executive vice-chairman noted that as it is presently, Nigeria has achieved telecommunications outreach of 160 million, and the broadband penetration of 20 per cent.

According to him, “We have registered all the broadband infrastructure licences; we have seven of them. The licences have been given to seven companies, and I believe all of them have paid for the licence.

“The licence is very cheap; it is as cheap as N2.5 million. The government of President Muhammadu Buhari did not introduce the concept of Broadband Infrastructure Licence in order to make money.

“That is the meaning of ubiquity, when we talk about ubiquitous services; we are talking about services that are available everywhere and at the same time.

“We are not saying they must be equal. The word here is equitable broadband services. Every part of the country going at its own speed, but definitely, not below the minimum speed of 1.5 megabytes.

“So, I believe these are the engagements that we intend to, among other things, sensitise our critical stakeholders, like the NCC, state governments and service providers, and those who provide infrastructure services, as well as subscribers.”