The Senate on wednesday began plenary on a rowdy note as senators disagree on where the former Senate Minority Leader, Senator Godswill Akpabio, should sit.

Senator Akpabio had wanted to react to fears expressed by Senator Bassey Akpan about the 2019 general election in Akwa Ibom State when the Senate President, Dr Bukola Saraki, observed that Senator Akpabio can’t speak with the microphone in front of former Senate Leader, Senator Ali Ndume.

Akpabio had left his seat due to the non-availability of a microphone and moved to the seat near Senator Ndume to make his point.

Senator Dino Melaye also joined the Senate President to protest where the former Senate Minority Leader was sitting and was moving around the Chamber ready to engage any senator on the issue.

After a rowdy session that lasted for about 25 minutes, Senator Akpabio was allowed to make his submission. 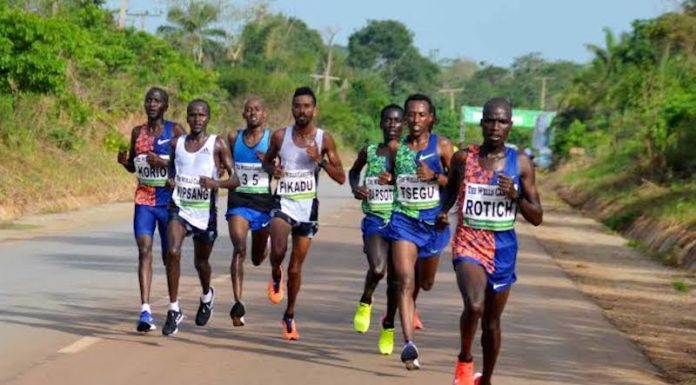