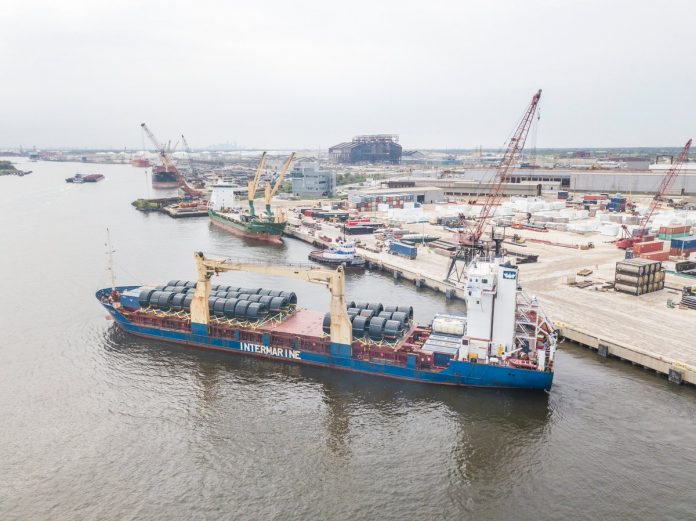 The federal government has been advised to designate the Warri, Delta State port as an export destination port rather than allow the N13 billion expended on the dredging of the Escravos and Warri channels to waste.

Making the call Wednesday during a chat with journalists in Abuja, a member representing Warri federal constituency in the House of Representatives, Hon. Daniel Reyenieju, urged the federal government and the management of the Nigeria Ports Authority (NPA) to put the ports in Delta State to productive use.

Reyenieju, whose motion in the House of Representatives gave birth to the dredging of Escravos and Warri channels by President Muhammadu Buhari, said it is uneconomical and unwise to expend such huge amount of money on dredging the port without putting it into maritime uses that are capable of generating more revenues for the people and the government.

According to the lawmaker, the suggestion is that the federal government should as a matter of operational policy of the Ministry of Transport and the NPA, designate the Delta Port as an export zone or export destination, a move he said would have no political implication.

He said: “Whatever needs to be exported out of this country should go out through that (Warri) corridor while whatever that needs to be imported can come in through the Lagos port and any other port,” stressing that “That may not foreclose the need to export few oil and gas materials through the Warri port.”

According to him, “Why I say this is for us not to dredge and at the end of the day the place is not put to use, which would not in any way help our nation.”

Reiterating that both the locals, the Delta State government and Nigeria at large stand to benefit immensely from the initiative, Reyenieju noted that: “Delta is the only state in this country that has four ports; Warri Port, Sapele Port, the Koko Port and the Burutu Port.

“These are heavy cargo ports in terms of petroleum export terminals; the Warri refinery terminal and the Escravos terminal where crude oil is exported out of the country. So, the essence of the Escravos bald mouth which was dredged about 45 years ago, became very necessary.

“When I brought the motion to the House, it went through and the executive saw the need to act on it and it has been awarded in the past three months to a very reputable company.

“The first phase is ongoing. It has been very progressive. But having said this, there’s need for us to also make sure that the port becomes very effective after the dredging, because we are not going to spend about N13 billion to dredge a place and at the end of the day the place is not going to be put into proper use.”

He expressed optimism that putting the port into active maritime uses would generate employment, improve the local economy of host communities and importantly, remove undue pressure on Lagos where the port has had very unpleasant effects on vehicular movements.