Lagos East Senator, Gbenga Ashafa, recently lost his reelection ticket to a name of zero comparisons in a manner that amplifies the hypocrisy of the Bola Tinubu leadership in the state. Olaseni Durojaiye reports

The silhouette of the look and the feel of the next Senate have begun to emerge on the nation’s democratic walls. A look at the outcomes of the senatorial primaries in the two leading parties, the All Progressives Congress (APC) and the Peoples Democratic Party (PDP) reveal just that.

When the next Senate resumes in June of next year, some prominent senators from the current assembly would be missing, having lost out in the intrigues and shenanigans that trailed the sham called primaries in their respective parties.

Among the lawmakers that will not be returning are Ben Murray Bruce of Bayelsa East Senatorial District – who pulled out of the race – and Senator Gbenga Ashafa, a two-time senator, who is representing Lagos East Senatorial District. While Bruce’s case has not really being played up because he probably saw the writing and pulled out, Ashafa took his chances and to the awe of many, got a shocking treatment.

Chairman of the Electoral Committee for the Lagos primaries, Mr. Lucky Imasuen announced that Mr. Bayo Osinowo, a relatively unknown character, although a member of the Lagos House of Assembly (LSHA) representing Kosofe 1 State Constituency, scored 247,743 to Ashafa’s 20,385. He was thus declared duly elected.

Ashafa had initially rejected the result, but in his eventual acceptance speech, he stated that “Over the past seven and a half years, I have enjoyed the mandate and support of both the leadership and members of our party to serve as the Senator representing Lagos East Senatorial District.

“This is a mandate that I have held with utmost responsibility, which the high office entails. In the light of the foregoing, and upon due consultation with party leaders and relevant stakeholders, I believe that the time has come for me to sacrifice my ambition for the unity and continuity of our party at the senatorial level and across all elective offices.”

The intrigues, tradeoffs and betrayal that marked Ashafa’s rejection at the primary poll bore familiar handprints. His supposed defeat, similar to the rejection of Governor Akinwunmi Ambode of Lagos State, typifies the Biblical ‘voice of Jacob and the hands of Esau’ story.

Incidentally, they are both from Lagos East Findings revealed that Ashafa was rejected at the primary on the instructions of APC National Leader, Asiwaju Bola Tinubu, who has again demonstrated his suffocating hold on Lagos Politics.

Ashafa’s loss at the polls, at Tinubu’s insistence, calls to question the latter’s claim to progressive politics and reveal his penchant for the Darwinian style of dispensing political goodwill in a manner that pretend to favour justice but which in truth reeks of political tradeoffs weaved in the garb of deft intrigues calculated at consolidating self-preservation and to corner plum political perks.

Tinubu’s dumping of Ashafa is a repeat of history. It is reminiscent of manner Tinubu dumped his predecessor, Dr. Olorunnimbe Mamora. The former two-time senator was one of the fall guys in the disagreement between Babatunde Fashola, former governor of the state, which bordered on Fashola’s bid for a second term in office as governor of Lagos State. Mamora had made a passionate plea to allow Fashola to continue in office on account of his stellar performance.

Legislative sources both in Lagos and Abuja continue to extol Mamora’s contributions to rich legislative debates and functions throughout his stay in both the Lagos State House of Assembly (LSHA), where he was Speaker and the senator.

Ashafa, like Mamora, is generally said to have done well in terms of quality representation and being a loyal party man. Those in the know insisted that he has been a core loyalist of Tinubu dating back to when the APC National leader was governor of Lagos State. Other sources said he has always been a true party man and were thus shocked at Tinubu’s decision to dump him.

Even more shocking is the man he was dropped for on account of insensate loyalty. Osinowo, who lived and studied in Italy is said can hardly string good sentences in the English language. In fact, his like is said to be the reason the Lagos State House of Assembly embraced Yoruba as official communication language since he was alleged to have been unable to effectively contribute to the rich debate on account of his language limitation.

Prior the primaries, many respected party elders in Lagos East Senatorial district had openly endorsed Ashafa and openly rejected Osinowo’s bid, basing their stance on his inexperience and reiterated the need for Ashafa to continue in the Senate and deploy his vast legislative experience to the benefit of the Legislature and the district. One of them was Chief Olorunfunmi Bashorun, a well-respected party elder from Ikorodu, Lagos.

But the music soon changed when Local Government and Local Council Chairmen in the state openly endorsed Babajide Sanwo-Olu against the incumbent Governor Ambode. The same script was enacted to outfox Ashafa’s bid for a second term.

THISDAY gathered from some party members in the zone that denying Ashafa a third term bid was to position Senator Remi Tinubu as the highest ranking senator from the state and, perchance, the whole of the South-west. Those pushing this theory argued that it would strengthen her negotiating power and make her position unassailable when the time to share positions in the imminent ninth senate comes.

The two other senators from the state, if elected, Senator Solomon Adeola and Osinowo would be doing their second and first time respectively and would follow behind Tinubu.

Interestingly, many political commentators have over the years lamented capacity shortfall in the red chamber and traced the cause to the high turnover of senators. Oftentimes senators are done away with by their parties for mundane, particularly pecuniary reasons. At such times, the valuable experiences that the senators had garnered over the years count for nothing even when such could be deployed for the growth and the development of the legislature.

Political watchers noted that it is increasingly becoming worrisome how experience is jettisoned on the altar of self-interest, even among the self-styled progressive politicians. It is against this premise that many APC members in the Lagos East Senatorial district queried why Ashafa was dumped by Tinubu.

Analysts insisted dumping Ashafa for Osinowo is a glaring disservice to both Lagos politics and growth of the nation’s legislature. Party sources who are displeased with the emergence of Osinowo argued that stepping up to the House of Representatives presented a far better legislative growth trajectory for him and the nation’s Legislature.

There is the temptation to compare Osinowo’s political growth trajectory to that of Mamora though. However, a couple of factors make the argument lame and unconvincing when held up to critical analysis.

Mamora remains a professional in politics – a trained medical practitioner with a thriving practice before he joined politics. Besides, he was Speaker of the LSHA and presided over the assembly with admirable maturity and candour, the type some of his predecessors have not come close to.

On the other hand, Osinowo does not compare with Mamora’s experience and political maturity. A product of an Italian institution which explains his fluency in the Italian language than in the English, the four-time lawmaker has never been a principal officer of the LSHA even with his ranking. At best, he was Chairman of a House committee.

One legislative worker, who has been in the House since 2000 and familiar with the goings-on in there claimed that “Peperito (his alias) still has so much to learn in legislative conduct. He lacks the political clout, experience and appeal that Ashafa wields. This will pose a big problem for his ability to offer quality representation in the Senate if he wins at the general election.”

Party sources swore the fate of Ashafa and Mamora before him was because the APC National leader was no longer comfortable with their growing stature, not due to poor performance at the red chambers.

Instructively, Osinowo’s emergence is another manifestation of Tinubu’s overbearing influence on the APC in Lagos. It is a further demonstration of his new preference for political weaklings to consolidate personal gains at the expense of entrenching democracy and the development of the nation’s development, which many of his followers continue to ascribe to him. 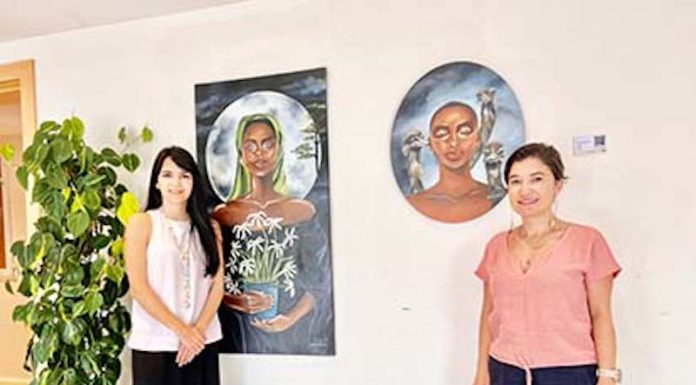