Gabriel Johnson, popularly known by his stage name ‘Gabination’, is a talented artiste, whose love for the talking drums enables him tell stories. In this interview with Ayodeji Ake, he revealed how he has been able to infuse the talking drum into the pop culture and his aim to change the concept that drummers are beggars. Excerpt:

Who is Gabriel Johnson?

Although my name is Gabriel Johnson, but I expect you to still be curious about me. But when I take my drum and do some stuff, you would better understand me. Simply put, people know me as Gabination. Playing percussion instruments has always been the best way to express or explain who I am.

So how did the stage name Gabination come about?

Gabination is a name that came out of amazement. When I say that, I mean I did an amazing stuff and people were like Gabriel for this country you will still  shake everywhere. Then I took the word so important. After a midnight rehearsal session in the studio with a band, I just felt like everyone was becoming tired and we still have a few minutes to gist, so I quickly picked up my drum and I changed the mood. Playing the drum and singing at the same time. The funniest part is that my talking drum tore but I quickly moved to the Jembe (a type of talking drum in Yoruba land) and everyone was wowed. You know the Jembe has a spiritual tone that will get you to your feet. So that got people to shout ‘Gabi for the Jembe’,  ‘Gabi for the people’, ‘Gabi for the nation’. That was how that name registered.

What do you tend to do with your talking drum in the entertainment industry?

What I seek to do in the entertainment industry is to carve a niche for my peers and change the way people view talking drummers. They should not just be respected, but also appreciated. I will also like to tell you that the talking drum is not a church instrument; some people think if you want to enjoy it, you need to be in the church. You can enjoy the talking drum anywhere and anytime. I play my talking drum to appeal to people and create an ambience for conscious music.

When you hear some people talk about afro pop now, you will feel is it not the afro pop that I enjoy? And you can’t blame them; the thing is they are just missing some musical elements they have been used to while growing up. So with my talking drum, I am introducing familiar musical elements that will enhance conscious music.

Tell us about your background?

Most people have backgrounds relating to what they do, but mine is quite different. I am from a happy home where all what  parents wanted was for me  to go to school, have a career and succeed. But one thing that’s brought a slight change in my career pursuit is my passion for entertainment. When my parents saw that I was going the music line, they stopped me from exploring.

Are you from a talking drum playing family?

I am not from a talking drum playing family. My name is Gabriel Johnson not Gabriel Ayanjohnson (laughs). Every talking drum family has Ayan as their initials.

What is the unique selling point  of your brand?

My musical influences, my approach to the drum, and my unique perspective as a performing artiste. I am a storyteller and my music cuts across many genres- melodic and lyric-intensive.  Every song is a story or a poem told through music. The world is changing drastically and no one would love to be tied to tradition in a very local way.  My USP (Unique Selling Point), is basically to infuse talking drum into the pop culture. I want to rebrand the drum, most importantly, as a story teller.

With your brand, what do you intend to change in the Nigerian music scene?

The person who played the drum in the movie ‘Black Panther’ is my friend. He is a Senegalese. He has won the Grammy twice.  I strongly believe that in the course of my exploit, I will be inspired to do what will amaze everyone for the drum to gain recognition.

Every successful performing artiste in the Nigerian music industry is a role model to me because my kind of music is beyond miming. Definitely, as an artiste, when you release a new song, people sing along, but while performing, they only want to hear a new vibe not the same way you sang it. And this, is a task for me as a new person in the industry.

As far as I am concerned in this drumming field, the only person who stands out as a talking drummer is Ara and she has been there for long; I am glad that I am joining the league of professionals.

Do you think the talking drum is appreciated in Nigeria?

That is why I am in the industry to solve the problem. If you are not a problem solver, you can’t go far. There are white people who study Yoruba language and there are some of them who play the drum and appreciate it, but cultural imperialism is hitting hard into our system and we tend to easily rubbish our own heritage. The mistake people are making is disrespecting the drum. I am not saying it should be worshipped but at least, there is a saying that ‘what is yours is yours, take care of it’. 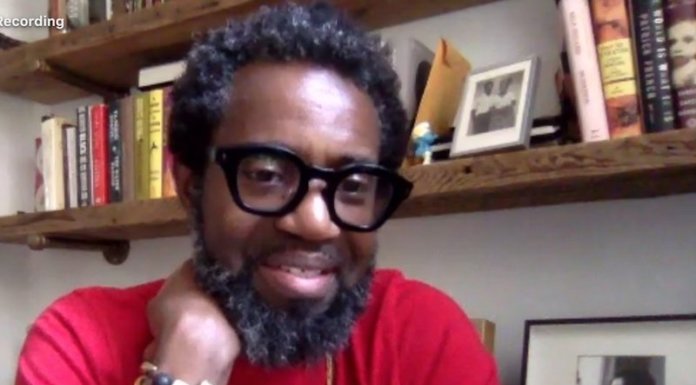