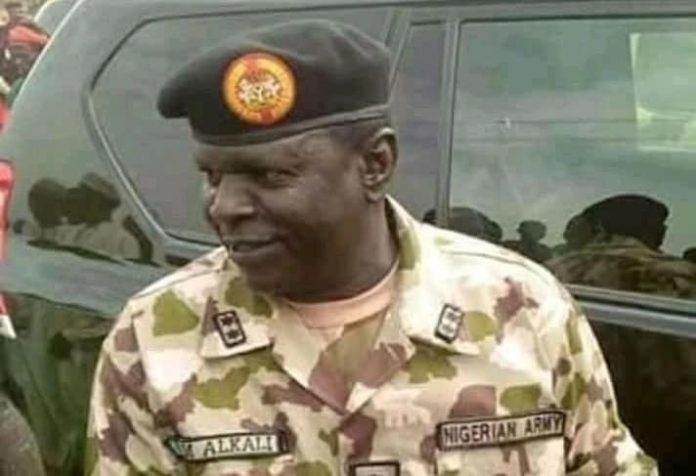 The Nigerian Bar Association (NBA) has cautioned the Nigerian military to obey the rules of engagement as it carries out its operation in Dura-Du, Jos, Plateau State in search of missing Gen. Idris Alkali.

It has also condemned the recent resurgence of violence in Jos, describing it as most unfortunate and a serious setback to the developmental strides in all facets of life in the state.

This is even as the military has allegedly continued to incarcerate Mrs. Noro Dung, a heavily pregnant woman, whose Expected Delivery Date (EDD) had passed by two weeks but was arrested at the site of the military operation.

In a statement by the Chairman of NBA, Jos branch, Bon Shalyuun Ngyou, signed by the Publicity Secretary of the association, Mr. Akila Kasham, the association expressed its support for the effort by the military authorities and other security agencies in the investigation.

It however called on the security chiefs to ensure their men perform their duties in line with the rules of professional engagement and respect for the principles of human rights so that no innocent persons suffer unjustly.

The NBA chairman warned the security operatives must take into cognizance that “in line with a cardinal principle of law re-echoed by a renowned legal luminary, Benjamin Franklin, it is better for one hundred guilty persons to escape than for one innocent person to suffer”.

Meanwhile, Mrs Dung is allegedly detained in a military cell after she was picked up during the operation.

Her husband, Mr Moses Dung, an electrician, said his wife is expecting her first baby and has no child-bearing experience, adding that her EDD had already passed by two weeks.

Noro was allegedly arrested alongside her mother-in-law, an elderly woman who was allegedly injured in the operation, and said to be in need of medical attention.

With the call by the NBA, it is believed that the military will be awakened to the rules of engagement and thread with caution in its all-important operation in the community without necessarily assaulting the civilian community.