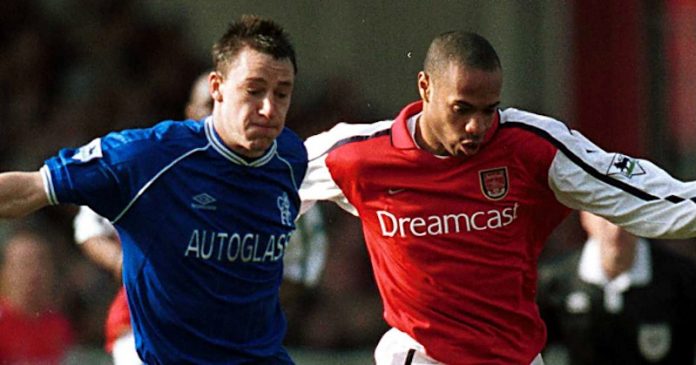 Henry, 41, an assistant coach with Belgium, is favourite to replace Steve Bruce at Villa Park.

“Henry was an unbelievable offensive player and Terry was unbelievable defensively,” Wright said. “If they get it right it seems very exciting.”

Arsenal record goalscorer Henry was appointed assistant to Roberto Martinez in August 2016 and Terry, who made more than 700 appearances for Chelsea, has been tipped to join him in a managerial role.

Villa, who were relegated from the Premier League in 2016 and lost to Fulham in last season’s play-off final, are 15th in the Championship, four points from the play-off places.

Speaking on BBC Radio 5 live’s Monday Night Club, Wright added: “It seems like the perfect pair, plus they’d be helping each other through it.

“When you look at what they have achieved as offensive and defensive players… if you are going to say you need to choose two legendary people, you are probably going to choose those two.”

Former Blackburn striker Chris Sutton, who played for Villa in 2006-07 before injury ended his professional career, believes Terry has the attributes to succeed.

“I think he will do well in management and I think it will be really exciting for the Championship,” he said, pointing to the high-profile appointments elsewhere in the division of Frank Lampard at Derby and former Argentina coach Marcelo Bielsa at Leeds.

“You’ve got Frank Lampard there now and Bielsa. Henry and Terry at Villa would be box office.

“If I was a Villa player at this moment and Henry and Terry were coming in as a management pair, I would be extremely excited.

“We don’t know how they will do but they will inspire a dressing room. I look at Steven Gerrard at Rangers. Was I convinced that was the right job for him? No, but what he has done in terms of getting a feel good factor, he has revitalised the feeling and Villa will be hoping for the same sort of impact.”

“He always seemed like he was going to be a coach or a manager, he’s a leader, he studies the game and I think and hope he’ll do well,” said Lampard, whose Derby side are eighth and are set to host Villa on 10 November.