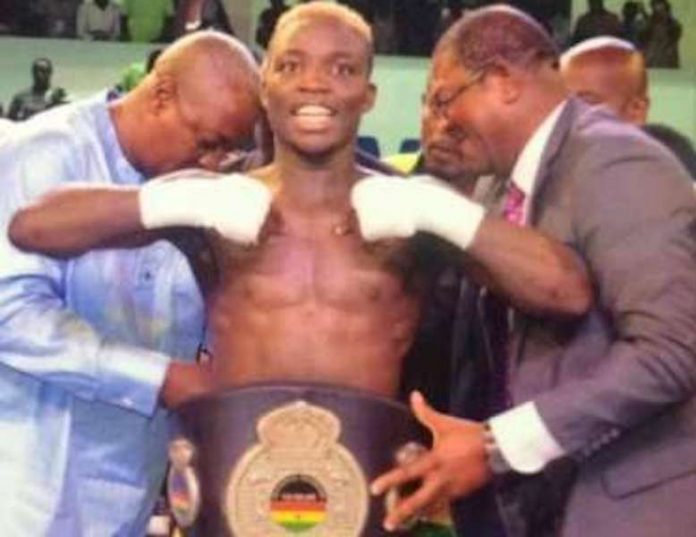 The title bout is one of the two international contests scheduled for the event, which holds at the Indoor Sports Hall of the Teslim Balogun Stadium in Lagos.

Speaking from Accra on Sunday, Lamptey, said he has enough skill in his locker to end his Nigerian opponent’s winning streak and return to Ghana with the title.

“I’m looking forward to this fight, which offers me a great opportunity to show Ghana’s greatness. I am coming to defeat Rilwan and take the title to Ghana,” bragged Lamptey.

He added that he is familiar with his opponent’s strengths and weaknesses and claimed he has fought better boxers in Ghana and elsewhere.

“I have seen in fight. I know all about him. Rilwan has no chance of winning,” he said

GOtv Boxing Night 16 will feature nine bouts across different weight divisions, the highest number since the event began in 2014.

The other international bout scheduled for the event is the international lightweight challenge bout between reigning African Boxing Union (ABU) lightweight champion, Oto “Joe Boy” Joseph of Nigeria and Anama Dotse, also of Ghana. Also available on the night is the prestigious national light heavyweight title to be contested by Kabiru “KB Godson” Towolawi and Adewale “Masevex” Masebinu. The featherweight category will see a rematch between Waidi “Skoro” Usman and Chibuzor “T Boy” Obi.

The event will equally feature an array of boxers from last two editions of the GOtv Boxing NextGen Search. They include Opeyemi “Sense” Elijah, best boxer at GOtv Boxing NextGen 4, who will take on Sheriff “Oshe” Ogunbanjo in a super bantamweight duel. Also included is Taiwo “Esepo” Agbaje, who will take on Tope “TP Rock” Musa in a lightweight clash. Azeez “Who Say So” Tijani will square up with Waheed “Showmax” Shogbanmu,

Another GOtv Boxing NextGen graduate, Isaac “I Star” Chukwudi, will slug it out with Adeyemi “Spirit” Adekanla in a welterweight clash, while Aminu “Lucky Boy” Akintayo would face Mutiu “Machine” Lawal in a super flyweight division contest.

The event will be beamed live on SuperSport in 47 African countries. The best boxer at the event will go home with a cash prize of N1.5 million alongside the Mojisola Ogunsanya Memorial Trophy