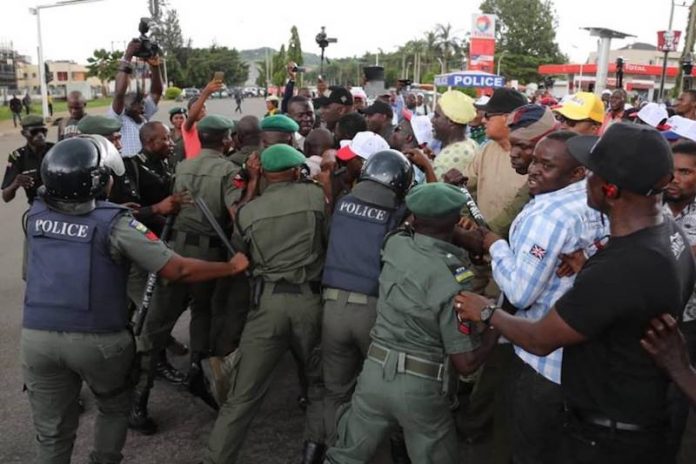 The Peoples Democratic Party (PDP), Kwara State, has condemned the Nigeria Police for attacking the Senate President, Dr. Bukola Saraki and other PDP leaders in Abuja during a protest against the alleged electoral fraud in the just concluded governorship election in Osun State.

In a statement by its Publicity Secretary, Mr. Tunde Ashaolu yesterday, the chapter described the attack as barbaric, unconstitutional and a threat to democracy.

After leaving the INEC headquarters, the PDP leaders approached the Force Headquarters on a peaceful protest where they were met with police barricades and live ammunition.

In a statement he signed yesterday, Ashaolu stressed that the protest was a peaceful one and that it was not right for the police “to brutalise the protesters the way they did.

“In 2014, key members of the then opposition party, All Progressives Congress (APC) including President Muhammadu Buhari and former APC National Chairman, Chief John Oyegun staged similar protest to the INEC and Police Headquaters and were never assaulted by the police.”

Ashaolu explained that the attack on the opposition leaders was an indication of what to expect from the ruling APC government in the 2019 general elections.

He added that the present administration’s intolerance for the opposition “remains unparalleled. Democracy can only thrive if the state government respects the rights of all Nigerians irrespective of their political affiliations.”

The PDP spokesperson, however, maintained that no amount of intimidation or oppression would stop the PDP from reclaiming power in 2019.

He, therefore, appealed to all PDP members and supporters “to remain calm and be law abiding. The PDP will not be subdued by intimidation from the APC government.” 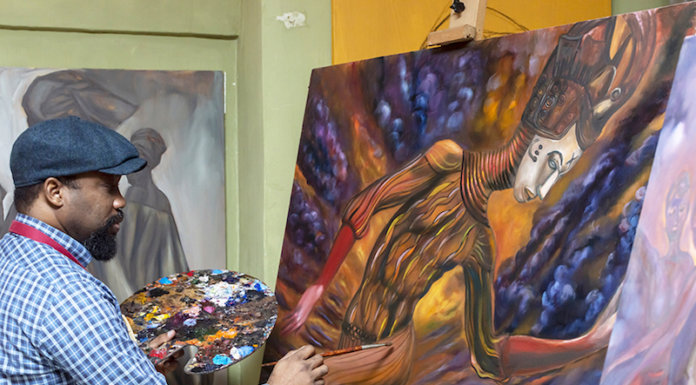