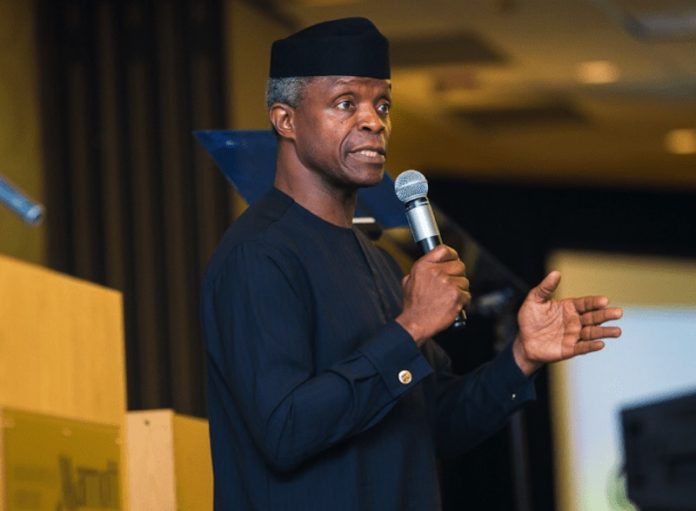 As thousands of Nigerians convened at the headquarters of Deeper Life Bible Church (DLBC), Gbagada Sunday, the Vice-President, Prof. Yemi Osinbajo, urged all Nigerians “to refuse corruption which has eaten deep into the fabrics of the country”.

Also, amid diverse challenges tearing Nigeria apart, Lagos State Governor, Mr. Akinwunmi Ambode, urged religious leaders across the federation to ask for God’s intervention and restoration of hope in the future of Nigeria.

The two leaders gave the admonition at an inter-denominational service organised by the Lagos State Government to mark Nigeria’s 58th independence anniversary at the DLBC HQ, canvassing the need for all countrymen to stand up against corrupt practices.

The service, which was conducted by the General Superintendent of Deeper Christian Life Ministry (DCLM), Pastor William Kumuyi, was attended by the wife of the governor, Mrs. Bolanle Ambode, and the Chairman of Christian Association of Nigeria (CAN) in Lagos State, Apostle Alexander Bamgbola, among others.

At the interdenominational service, Osinbajo, who spoke on the subject “Coming of Age,” noted that Nigeria had come of age at 58, adding that there were certain offensive things which all must refuse, one of which he said, must be corruption.

The vice-president explained diverse reasons all Nigerians should refuse corrupt practices and obey God in all ramifications as conditions for repositioning for global reckoning.

Apart from rejecting corruption, the vice-president urged all Nigerians to reject tribalism and ethnicity if the country would move forward among the comity of nations.

He equally emphasised the need for all countrymen “to turn away from their evil and wicked ways. On this note, we should reject evil and hate what God hates. As we reject that, we will pass through the Red Sea”.

“God is concerned about obedience of all those called by His name. We should turn from our wicked ways. Our nation has come of age; the destiny of our nation lies in our hands. God has redesigned the redemption of this nation around his saints,” he said.

Osinbajo noted that the responsibility of coming of age “belongs to all children of God. As we have come of age as a country, destiny of Nigeria lies in the hands of the children of God. We must all turn from our old wicked and evil ways”.

In his message, Ambode urged religious leaders to see the period as a time to continue to preach hope, peace, unity, integrity and religious tolerance and intensify prayers for God’s intervention and restoration of hope in the future of Nigeria.

He said he was optimistic that the best of Nigeria and Lagos State was yet to come, urging Nigerians to continue to pray, hope and work for a better future for all.

“My brothers and sisters in the Lord, at this auspicious period in the history of our nation, the Church and indeed everyone who believes in the efficacy of prayer have a responsibility and patriotic duty to pray for the well-being and progress of our nation. I believe strongly that the best of our nation and our state is yet to come. Let us continue to pray, hope and work for a better future,” Ambode said.

As Nigeria prepares to go to the polls next year, the governor said all hands must be on deck to sustain and deepen the process that would result in sustainable growth, people-oriented development and good governance for the masses and the poor alike.

Ambode, therefore, challenged all Nigerians “to eschew all tendencies that may aggravate the challenges being experienced at the moment”.

“As we celebrate our 58 years independence anniversary, I urge us to remain steadfast and continue to uphold those values that have been passed down from our heroes who sacrificed so much to liberate us from the yokes of colonial rule.

“Today’s occasion is also coming at a critical time in the history of our nation when all hands must be on deck to sustain and deepen the process that will result in sustainable growth and good governance for our people.

“We must all get involved and work together to ensure that the potentials of this nation are fully realised for the benefit of everyone and future generations,” he said.

Specifically, he commended Kumuyi for his dedication and commitment shown towards the propagation of Christianity and the service of God over the years.

The governor observed that the general superintendent had continued to impact the lives of many globally through inspirational teaching of the Word of God.

Ambode also acknowledged the contributions of the Church to the state since its establishment, adding that the Gbagada community had benefited immensely from their various corporate social responsibility projects initiated by the church.

“I congratulate the Deeper Life Bible Church on this magnificent edifice you have put up here. I was unable to join you for the formal opening but I am very happy to worship in this sanctuary today as we celebrate another anniversary of our independence.

“As I congratulate you on this new Church building, I also thank you for the good works you have done in the Gbagada community. Your holistic approach to religious activities has been demonstrated in your corporate social responsibility actions especially the construction of the Oduwole Bridge and a multi-level car park to ease traffic in this community.

He said his administration, in furtherance to the efforts of the Church, embarked on the construction of a network of six roads identified by the community development associations, including Aderemi Akeju Street, Okun Street, Femi Kuti Street, Brown Road, Adegbenro/Ganiyat Dawodu Street and Yetunde Brown Street.

Ambode said the contract for the road, which was awarded in September 2017 was already 60 per cent completed and is expected to be concluded by the end of the first quarter of 2019, adding that adjoining road networks such as Diya Street and Ajayi Aina streets have been scheduled for rehabilitation to further enhance road connectivity within the axis.

“For us as government, we will continue to promote fairness, justice and everything that will make life more comfortable for our people,” he said.

In a message he titled “Becoming a Man God uses Beyond his Generation,” Kumuyi said to be used of God for His higher purpose, everyone must get the Saviour’s pardon, have strong persuasion, sound principles, strategic programmes, selfless perspectives, scriptural perception and sterling paradoxes. 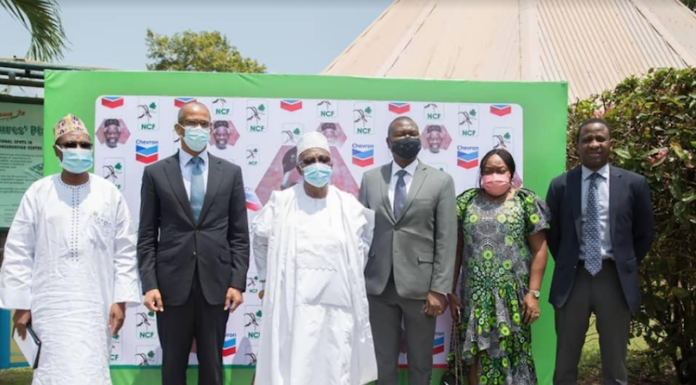