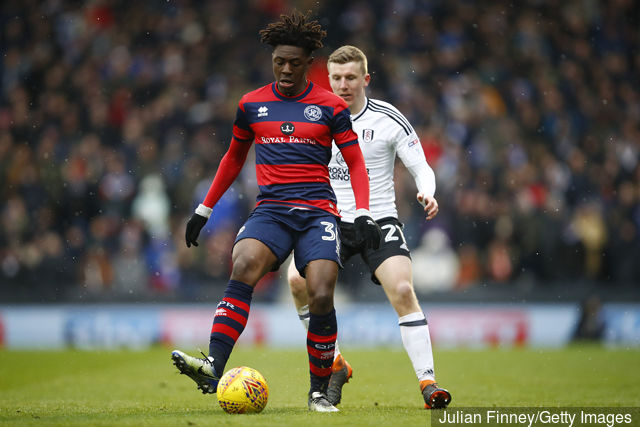 Eze, who has caught the eye for QPR this campaign and was recently named the club’s Player of the Month, has received his first call-up to the England team and could debut for the U-20s when they face Italy at Mill Farm, AFC Fylde on October 11.

Explaining why Eze was named in the 18-player squad, Paul Simpson told thefa.com :”We have a very similar squad to last month and are pleased to welcome Aaron Ramsdale back after injury.

”We have a couple of new faces in Kyle Edwards and Eberechi Eze, both of who have impressed at their clubs so far this season.”

Eze trained with Nigeria’s National Team in London back in March 2017, along with ex-England U-19 captain Ola Aina who later became cap-tied to Nigeria ahead of the 2018 World Cup.

The 20-year-old Londoner has scored two goals in his last five matches in the EFL Championship.

Meanwhile, Manchester City wonder kid of Nigerian descent Felix Nmecha has been called up to the Germany U-19 squad.

The Citizens U-23 star has previously made three appearances for Germany’s U-18 national team against France and Russia.

Born in Hamburg but raised in England, he has represented the Young Lions at U-16 and U-18 level and all the matches were unofficial, meaning he could still feature for the Nigeria teams without requesting to change his association.

Nmecha has made five appearances for Manchester City youth teams so far this season, scoring two goals and recently captained the U-19s against TSG 1899 Hoffenheim in the UEFA Youth League.

His brother, Lukas Nmecha, has been loaned out by Manchester City to Championship club Preston North End for the 2018-19 Season.