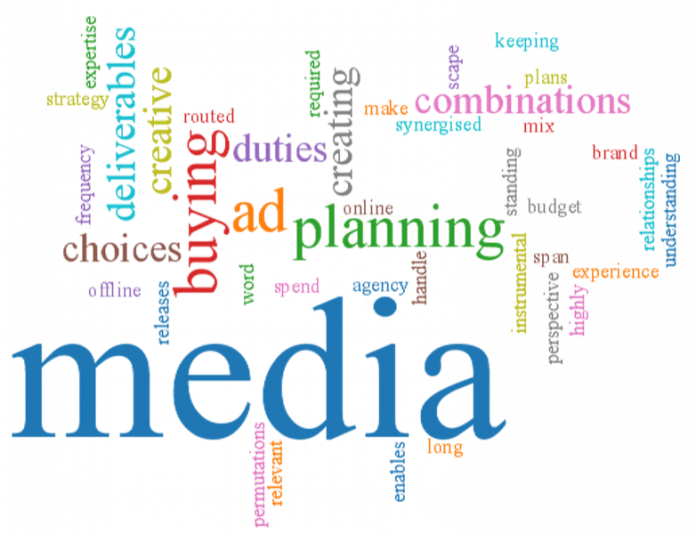 As players in the outdoor advertising sector and the Lagos State Signage and Advertisement Agency continue to bicker over poor payment system and other regulatory issues, accusing fingers are being pointed at media buying agencies as the stumbling block, Raheem Akingbolu reports.

At the beginning, the carving out of media buying agencies from the general advertising business was seen as a step towards widening the scope of the business.
Today the decision seems to have created array of problems to the traditional agencies as a result of the threat posed by the former. Until recently when marketing communications businesses became segmented, one outfit used to prepare the creative material, plan its exposure, which now falls under media planning as well as organising public relations support for the campaign in question.

However, in the last 15 years, the client has had to deal with different ‘agencies’ with specialisation in these areas. Now there exists in the market outfits whose sole business is media planning and buying and the same vein, there are PR firms whose main business is helping organistions sending their corporate messages across to their targets via third party channels.

They also help organise media presence and engagement for brands and also help shore up the image of both brands and corporate outfits.
Of course, huge volume of businesses and the need for standardisation and effective regulation has also led to establishment of more regulatory and sectoral bodies to regulate and coordinate the affairs of practitioners. While the Advertising Practitioners Council of Nigeria (APCON) and state-owned outdoor agencies like the Lagos State Signage and Advertisement Agency (LASAA) oversee the core regulatory activities of the industry, sectoral bodies were saddled with the responsibility of maintaining sanity among practitioners.

State regulation and Outdoor sector
The outdoor advertising sector is undeniably a key component of Nigeria’s creative economy but fraught with challenges. Research has shown that 60 per cent of the country’s total advertising market is domiciled in Lagos State. It is a sector that accounts for N58.9 billion turnover yearly and is responsible for over 100,000 people in its workforce contributing hugely to the revenue of the nation.

As such, the survival of the outdoor advertising sector is a matter that cannot be trifled with. Over the years, the industry has been bedevilled with a myriad of problems, some of which have become historical despite several interventions by stakeholders.

A case in point is the effort made by the management of the LASAA. Early in the year, the agency’s management team went on a fact-finding-cum-familiarisation visit to some outdoor advertising firms. The mission was clear: to find out the challenges facing the industry and possible ways of resolving them.

LASAA later organised a stakeholders’ meeting to address the burning issues. According to the Managing Director of the LASAA, Mr. Mobolaji Sanusi, “In our efforts to ensure sanity…it is important to find lasting solutions to some of the issues that have bedevilled the outdoor advertising industry…”
This is a commendable move by the Lagos State Government. No one should be surprised that LASAA decided to rise to the occasion as no responsible regulatory agency would fold its arms and watch the gradual quietus of a sector with such huge potential.

Media buying agencies as obstacle
From all issues discussed at the parley, there are allegations that the repugnant issue of media buyers is the real problem and not LASAA as perceived in some quarters.
The outdoor advertising practitioners voiced out their concerns and spoke of how the media buyers have refused to pay them as at when due and that some go as far as discounting their payments. This situation, according to them, had impacted negatively on their ability to pay permit fees due to LASAA, reason behind the huge debt owed to the agency.

Reacting to the appeal made by the President of the Outdoor Advertising Association of Nigeria (OAAN), Mr. Tunde Adedoyin, the LASAA boss, Sanusi explained that the agency would be willing to support the fight against the unfair payment practices of media buyers.

He, however, noted that the agency would be crossing its boundaries, if it gets itself directly involved in collecting payments from media buying firms for the outdoor advertising practitioners as suggested by one of the leading practitioners.
He further stated that LASAA does not regulate media buyers. As stipulated in Section 387 of the harmonised Environmental Management and Protection Law 2017, LASAA’s job is to control outdoor structures to be used for signage and advertisements; protect the environment from potential adverse impact from visual blights; control the number, size and location of outdoor structures. There are other connected functions, but the ones already mentioned will suffice.

Call for Caution
With the issue of media debt creating crisis in the industry, players have continued to point accusing fingers at the media buying agencies of causing payment delay to Nigeria vendors.
A source within APCON recently revealed to THISDAY that many companies, especially the multinationals flout the rule of the business at will by deliberately delaying payment to their vendors beyond the agreed date. It has also been alleged that what the companies push to the tables of Nigeria contractors cannot be done in other advanced markets.

To this end, pundits have called on Media Independent Practitioners Association of Nigeria (MIPAN) to look into the unethical practices of some of its members. Those who are making the plea believe in other climes, where global best practices are adhered to, payments are made to outdoor advertising firms 30 days after the issuance of the media purchase order and execution of the project.

A practitioner, who spoke to our correspondent on the condition of anonymity, while accusing multinationals of double standard said: “The interesting situation is that some of the media buying agencies are affiliated to foreign media independents. One would have expected them, the Nigerian media buyer affiliates, to imbibe the culture of 30 days payment. Sadly, this is not the case.

“It is disturbing that 30 days is now turning to 60 days, 60 days to 90 days, and now even turning towards 120 days. This is not the only dimension to this issue. After execution of the campaigns, total amount payable to the outdoor advertising firm is heavily discounted by the media buying agency. “The outdoor advertising company gets a cheque with an amount completely different from the one on the media purchase order (MPO) – an amount drastically reduced. This is an unspeakable development that needs to be addressed immediately by both MIPAN and the Advertisers Association of Nigeria (ADVAN). There seems to be a conspiracy of silence by all parties,”

Task before APCON
Over the years, many practitioners have called on the APCON, the umbrella body that regulates advertising practice and profession in Nigeria, to identify and dealt with this intractable, considering the fact that OAAN is seen as a “trade union” under the council.
It is believed that the failure of APCON to act in this regard has also undermined the role LASAA would have played. The state regulatory agency had recently told outdoor practitioners that it could not engage media buyers directly, stating that that would be going beyond its brief as a regulator.
“OAAN has to first step up to the plate before it can expect any backing, considering the fact that there are other stakeholders like the MIPAN, ADVAN and APCON involved in this chain,” LASAA had pointed out.

Stakeholders’ meeting and its fallout
To nip the problem facing the sector in the bud, LASAA recently organised a stakeholders’ meeting, from where the agency and OAAN set up a 15-member committee. The committee swung into action, met severally and came up with points of agreement. Having considered the clamour by practitioners that LASAA rates are arbitrary and not empirically verifiable, also that business has been bad due to recession coupled with clients cutting down on advertising budgets, and the complaint that media buyers are discounting their payments, the rates have been reduced as promised by LASAA. Actions, they say, speak louder than words.

By fulfilling its promise to lower the permit and vacant board rates, LASAA has proved the fact that it wants to ease the burden of outdoor advertising practitioners and promote the growth of the industry. In a letter from OAAN, the body has since expressed its gratitude and acknowledged the responsiveness of the current management of the Agency.
The letter stated that, “…we must appreciate your sensitivity and responsiveness to the adverse experiences of your constituents and admit that your timely intervention has in no small measure, infused life into the outdoor advertising sector.”

Meanwhile, some concerned individuals in the industry have advised OAAN to take responsibility for the future of its industry by showing sincerity and commitment in dealing with the challenges affecting the sector. These set of people have advised OAAN to stop perceiving the Lagos State Signage and Advertisement Agency as the predator that wants to kill the outdoor advertising business.

On the other hand, LASAA has been advised to accommodate the plea made by the body. While making efforts to create a favourable environment for the outdoor advertising business to flourish, the agency was urged to continue to do its best to be a listening regulator.