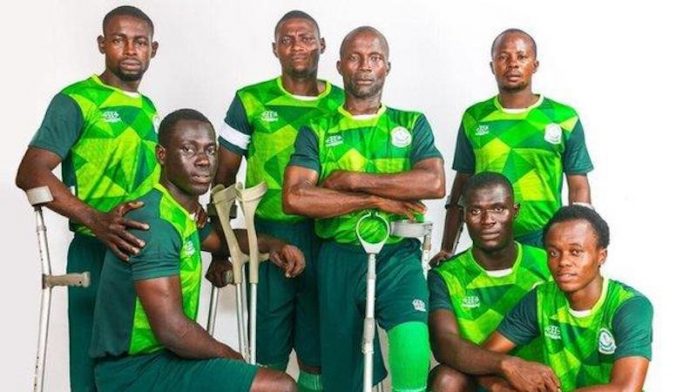 Nigeria’s quest for a silverware in continental club competition suffered a major set back last night as Morocco’s Raja Casablanca picked-up a crucial away goal in the win against Enyimba FC at the International Stadium in Aba.

It was the first leg semi final match of CAF Confederation Cup which the Nigerian side had been impressive so far before this stage.

In spite the maximum support from the stand, Enyimba FC were on the wrong foot most of the time and could not really trouble the visiting team especially in the early stage of the match.

Raja had no such issues with their first attempt on goal coming in the sixth minute when Baye Niasse got onto the end of a pin-point cross into the box, but his ten-yard header shaved the wrong side of the post.

Enyimba finally managed to threaten the visitors’ goal in the 15th minute when Augustine Oladapo let fly from long range, but his thunderous effort was well-saved by the Raja goalkeeper Anas Znithi.

On the half hour mark the home side were on the attack again with Dare Ojo dribbling himself into space on the edge of the box, but his powerful shot was turned around the post by Znithi once more.

Raja had the last say of the half with Badr Banoun firing a 20-yard shot goalwards, but his effort went inches wide of the target with the keeper beaten.

Three minutes into the second half Raja took the lead when some swift play by the visitors concluded with Abdelilah Hafidi finding the back of the net with a clinical finish.

The home side took control of the game after going behind, but struggled to create clear-cut chances in front of goal.

Nonetheless, Enyimba were afforded the perfect opportunity to draw level when they were awarded a penalty just after the hour mark, but Stanley Digma fired the spot-kick wide.

In the 78th minute the Nigerian side came close to scoring again when a 16-yard shot from substitute Freedom Omofoman went narrowly wide of the target.

Enyimba threw players forward in the final ten minutes, but were unable to find an equaliser.

The second leg of the semifinal place will take place in Morocco on October 24.