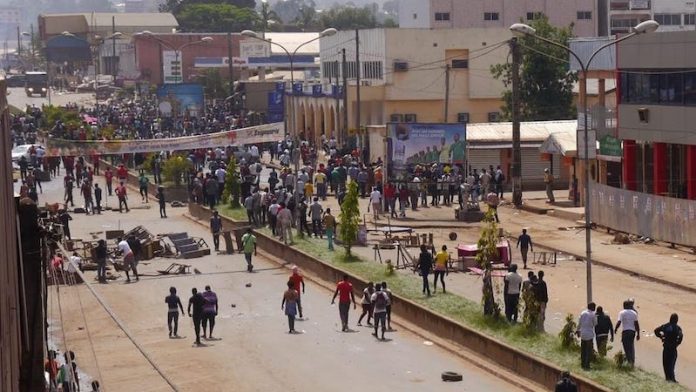 English-speaking Cameroon makes up roughly 20% of the country’s 24.8 million people.

It has been nearly three years since the Anglophone crisis began. It started when English-speaking teachers and lawyers went on strike demanding fair working conditions. They and other Anglophone residents complain that their language and culture are marginalised by Cameroon’s French-speaking government and legislators.

The government responded with force. The conflict that followed has been vicious; unprecedented in the nation’s history. It’s a reminder of older, brutal wars elsewhere in Africa: in Sierra Leone, Liberia and Rwanda.

During these wars, the world’s major powers did little as millions were slaughtered. Some later apologised for their inaction. And yet it seems no lessons have been learned. Countries like France, the US and China have issued carefully worded statements calling for an end to hostilities – and done nothing more.

Lip service is not enough. It’s time for these major powers to act. Great nation status comes with great responsibilities, and particularly in an interconnected global environment there must be a moral imperative in the conduct of foreign policy. These powers must also recognise that Cameroon’s ongoing crisis threatens the wider West African region’s long and short term stability.

There’s no doubt that global powers know exactly what’s happening in Cameroon. In June 2018, the US Subcommittee on Africa, Global Health, Global Human Rights, and International Organisations in Washington D.C heard witness testimonies about the graphic nature of hostilities in Cameroon.

And yet, as a cursory glance at the US embassy website in Yaoundé reveals, it’s mostly business as usual for the two countries. American citizens are warned to avoid travelling to Cameroon’s English speaking regions – but that’s the extent of it.

On its official embassy website, meanwhile, France refers to Cameroon as a “friend” and a “partner”. It calls for “restraint.” Considering how vital the country is to its strategic interests in the West African region, one might expect France to say – or do – more.

China’s actions in this saga have also been extremely frustrating. At the recent Forum of China-African Cooperation in Beijing, President Paul Biya was given the red carpet treatment. No Chinese leaders, and none from the rest of Africa, made any public statements about the Anglophone crisis.

All of this is extremely vexing given Cameroon’s strategic importance. For many years the US monitored its interest in Equatorial Guinea from Yaoundé. Cameroon and the US are partners in coordinating efforts against Boko Haram and other global terrorist groups.

Cameroon is vital to France’s interest in the West African region. The Anglophone crisis could destabilise the region by snowballing into neighbouring countries. And other former French colonies will be watching with interest, noting the European power’s hands off approach.

China’s policy of non-intervention in another country’s domestic affairs has only strengthened the resolve of tyrants like Biya. He remains one of China’s key allies in the region. Publicly, China’s Premier Li Keqiang has said little about the ongoing Anglophone Crisis. Instead he’s given more money to Biya’s government and enjoys cordial relations with the long time leader.

Perhaps as long as the crisis doesn’t interfere with China’s receipt of timber, rubber and other raw materials from Cameroon, there won’t be a shift in Beijing’s attitude any time soon.

It seems unlikely, though, that the world’s major powers will totally change their approach to what are viewed as sovereign issues.

But there are things that can be done, and some are quite basic. Biya can be forced to do the right thing. For instance, he spends a significant amount of vacation time in Switzerland.

There is absolutely no reason why European nations and journalists shouldn’t speak out about the leader’s spending of his country’s resources in Switzerland, France, and other places.

Emmanuel Macron, France’s president, must turn his verbal threats into actions. Sanctions, for instance, will force Cameroon to address the Anglophone problem. France could also stop the supply of military hardware and intelligence to Biya’s regime.

China can also do more. Its policy of non-intervention doesn’t apply when its interests are threatened: it intervened in Zambia’s elections to safeguard its interests there.

Finally, the African Union has a role to play while it awaits more concerted efforts from European powers. For instance, the continental body could threaten to withdraw the hosting of next year’s African Nations Cup if Biya doesn’t offer a clear timeline for solving the Anglophone crisis. This threat to a major money spinner and point of prestige could shock Biya into action.