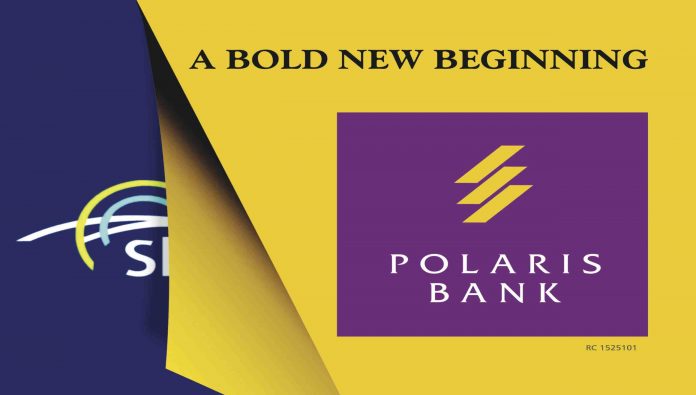 The Group Managing Director (GMD) of Polaris Bank, Mr. Adetokunbo Abiru, yesterday stated the efforts of the new management team to stabilise the defunct Skye Bank and reassured all stakeholders of the bank that it would have no problem meeting its obligations to all corresponding banks, depositors, customers and other financial institutions.

The CBN revoked the operating licence of Skye Bank Plc in a declaration by its Governor, Chief Godwin Emefiele, last Friday in Lagos.

He also stated that Polaris Bank had been established to assume ownership of the assets and liabilities of Skye Bank, while the management of the defunct bank had been retained for its good performance.

In an interview with ARISE News, a sister company of THISDAY, the chief executive officer of the new bank said that in the last two years, the bank, under the defunct Skye Bank had met its obligations to all stakeholders and would continue to do with the current arrangement.

Explaining how the management had been able to stabilise the bank, Abiru said Polaris Bank has been fully capitalized and has the support of CBN and NDIC, adding that all depositors are entitled to make withdrawals and are also strongly encouraged to maintain their deposits and banking relationships with the bank.

He said, ‘’Our major achievement was being able to stabilise the bank; if you recalled, when the intervention was done in July 16, 2018, there was a major run on the operation of the bank, and part of what we have been able to do, is to find a way to stabilise the bank.

‘’We don’t even stop at that; we have also been able to improve on the collateral documentations on the performing loans, which have made lot of debtors to come in terms of repayment structure. To a very large extent, that is why the regulator, CBN has confidence in us.’’

On the new bank’s obligations to staff members of former Skye Bank, he said there would be no problem, as all the staff of the former bank would migrate to Polaris bank Limited.

Talking about the expectations from the new bank, Abiru assured all the stakeholders, particularly depositors and customers that their accounts would automatically migrate from ex-Skye bank to Polaris Bank, saying, ‘’Polaris is well-capitalised bank, which makes it a very strong bank, in term of corporate good governance and value and has a very strong backing of the regulators like CBN and NDIC.’’

He said the focus of the new bank is to make sure that the management continues to uphold a very strong corporate good governance and place high premium on strong values.

According to him, “If you look at what happened in the past, it was as a result of lack of corporate good governance and challenges created by insider-related loans of the former bank; but, this has been corrected in the last two years we have been in the bank.

‘’All we need to do is to make sure all those values are maintained and make sure the bank is run on a very creditable basis and with a very sense of corporate good governance.’’

Explaining why CBN intervened, he said that the prudential ratios and the capital adequacy ratio of the bank were declining, saying part of what put pressure on the bank was the acquisition of default bank

He added, ‘’If you are acquiring a bank of that size, ordinary, you would have to recapitalise. But the error of judgment made by former management of the defunct Skye Bank was to have funded the acquisition from the internal fund.’’

Emefiele had said N786 billion had been injected into the bank with the Asset Management Corporation of Nigeria ordered to commence the sale process of the bank, assuring that customers’ deposits were safe despite the revocation of the licence.