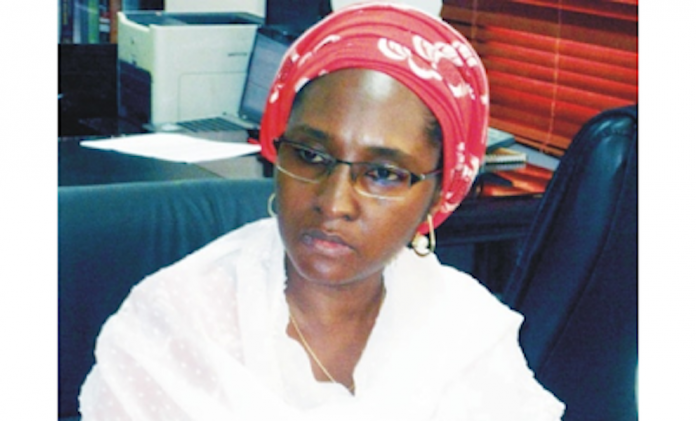 By Omololu Ogunmade in Abuja
Supervisory Minister for the Ministry of Finance, Zainab Ahmed, Wednesday took over the seat of the ex-Minister of Finance, Mrs. Kemi Adeosun, at the ongoing Federal Executive Council (FEC) meeting in the State House.
Ahmed who was appointed to oversee the ministry following Adeosun’s resignation at the weekend over alleged forgery of National Youth Service Corps (NYSC) certificate, left her former seat as the Minister of State for Budget and National Planning and took over Adeosun’s seat.
The development raised questions on the exact status of Ahmed who has not been officially pronounced as the substantive finance minister. Ahmed was also earlier reported to have moved to the office of the minister of finance to resume duty.
Details later…