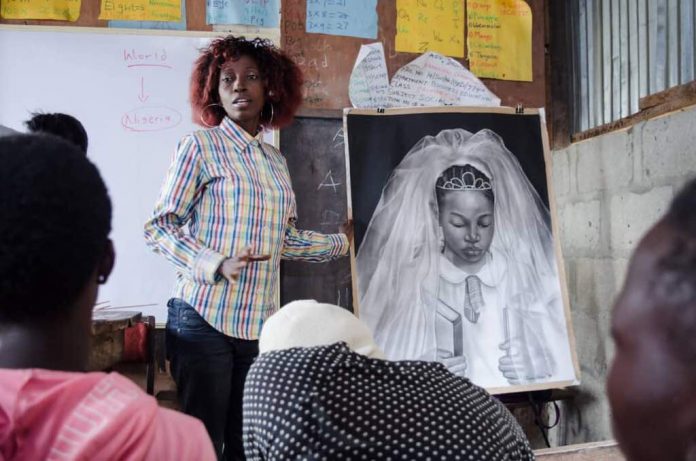 A passionate painter known for her mind-blowing pencil drawings, Clara Aden, has begun a unique training for young girls from less-privileged communities.

Born OmolaraAdenugba, the artist, who began drawing as a four-year-old, was discovered by her art teacher who stumbled upon one of her drawings-an ink painting of a frog atop water lilies. She had since become a very prolific artist, featuring in live drawing events and tours across West Africa. The multiple-award winning Aden is the first lady of the Molue Mobile Museum of Contemporary Art on its maiden edition.

It involved a month-long road travel, estimated at 4,000km with five other male artists- in-residence from Lagos to Dakar.

She was recently invited by a non-governmental organisation called Speak Out for The Girl-child Initiative (SGCI), which has Tomilola Ajayi as its executive director.

The project called, “Girls Meet Girls’’ featured Aden whose task was to teach the rudiments of fine art to young girls in Makoko and highlight the importance of education, while breaking the gender barriers in accessing a male-dominated field of arts.

For a poor community like Makoko, young girls are likely to find some art materials quite expensive but Aden does not see poverty as a threat to acquiring the right education as she cited a few examples of individuals who have overcome financial-related challenges to build a career in visual art.

“Art materials are very expensive for the less privileged so I introduced them to easy-to-use materials like old newspaper print, worn out fabrics, metal scraps amongst others. With these materials, they can learn, create and explore their creativity,’’ she said.

In November 2017, Aden coordinated a three-day Freedom of Expression Art workshop, organised by Beyond Border Artists’ Association of Nigerian (BBAAN) with the theme, “My Environment’’. She targeted boys at the Special Correctional Centre, Oregun, Lagos.

“Ten years ago, Beyond Borders Artist, Ogunlesi Paul was brought to the centre as a homeless person. He is studying Art and Design at the Yaba College of Technology. He facilitates art training for boys at the centre,’’ she added.

For Aden, educating these young girls is gratifying as she prepares for future project with children who are vulnerable to crimes. She described some of the works at the painting session and their global relevance.

“Paintings like ‘It’s My Right’’ is an acrylic painting that portray education as the key to knowing political rights. Former US President Barack Obama stated at the 2012 United Nations General Assembly that ‘the future must not belong to those who bully women. It must be shaped by girls who go to school and those who stand for a world where our daughters can live their dreams just like our sons.’ The Charcoal drawing ‘Girl Not Bride’ addresses the issue of child marriage,’’ she explained.

Aden’s keen interest in girl-child education is premised on the view that young girls are vulnerable to human trafficking and involuntary prostitution. She hopes to deconstruct the limitations to girl-child education through her eye-opening art sessions with the girls. 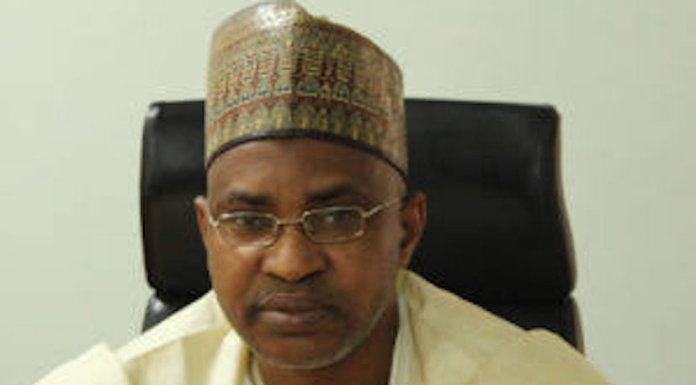