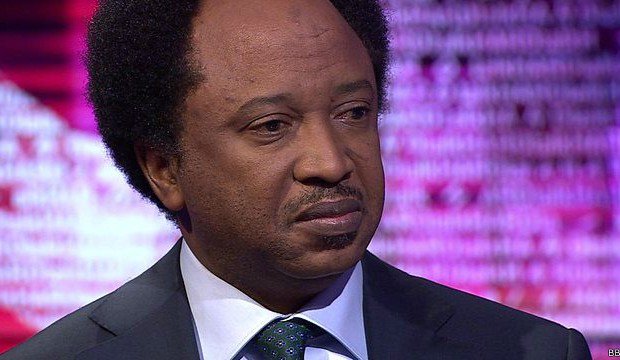 By From John Shiklam in Kaduna

Magaji, who is a House of Representatives aspirant on the platform of the ruling All Progressives Congress (APC) for Chikun/ Kajuru federation constituency, Kaduna State, said the senator included his name and forged his signature in a document purported to be an endorsement for direct primaries in Kaduna.

In a petition to the National Chairman of the APC, Comrade Adams Oshiomhole, Magaji, a former Enugu and Akwa Ibom States police commissioner said at no time did he sign any document in support of direct primaries.

The Kaduna State chapter of the APC is among states that have adopted indirect primaries for selecting candidates for the 2019 elections.

Sani, who represents Kaduna Central senatorial zone, is opposed to direct primaries, insisting that it promotes money politics and godfatherism.

Magaji, in his petition, said his integrity was at stake for being associated with the dubious endorsement.

“I wish to draw the attention of Mr. Chairman and the entire leadership of our great party to the media publications spearheaded by Senator Shehu Sani, containing a purported endorsement of ‘Direct Primaries’ in which my name and signature were forged,” he said.

Magaji maintained that: “As a retired Commissioner of Police, I feel disturbed by this reckless attempt to link my image and the professional integrity I have built over the years, to that dubious endorsement.

“By going as far as criminally including my name in the purported endorsement and forging my signature, Senator Shehu Sani and his collaborators have gone beyond the boundaries of law because of political desperation”.

The former police commissioner said further that “as an experienced law enforcement officer, I find this criminal act repugnant, indecent, a smear on decorum and therefore totally unacceptable.

“I would like to make it abundantly clear that, while my loyalty to the party and its leadership remains unshaken, I cannot be a part to any incriminating political gang-up against the state of my birth.

“I therefore, stand solidly behind the Indirect Primaries model adopted by the leadership of my great party at that level

“I therefore categorically disown the so-called endorsement being circulated with my name on the list.

“I am aware that dragging my name and forgery of my signature were done purposely to soil my political integrity and mislead my supporters in Kaduna State.

“Mr. Chairman sir, I wish to also use this opportunity to announce to the leadership of my great party, that as an aspirant conscious of his responsibility to stand by the truth, I will take Senator Shehu Sani to court.”

Also in a similar petition to the APC National Chairman, another APC House of Representatives aspirant

for Kaduna South, Yusuf Ali, dissociated himself from Sani’s statements purporting that he endorsed direct primaries.

​Ali said he was not consulted when Senator Sani compiled a list of those purported to have endorsed direct primaries, which contains his name and signature.

​“It has become imperative to set the record straight. I have not been invited nor attended any meeting called by Shehu Sani on direct primaries, yet to my greatest surprise, a list bearing my name and purported signature in support of direct primaries in Kaduna State APC is in circulation.”

Although Sani could not be reached as his mobile telephone was switched off, his Senior Special Adviser on Politics, Suleiman Ahmed, however, dismissed the allegations, saying aspirants supporting indirect primaries are cowards looking for patronage from the state governor.

“Senator Sani is too big to forge anybody’s signature” he said in a telephone interview.