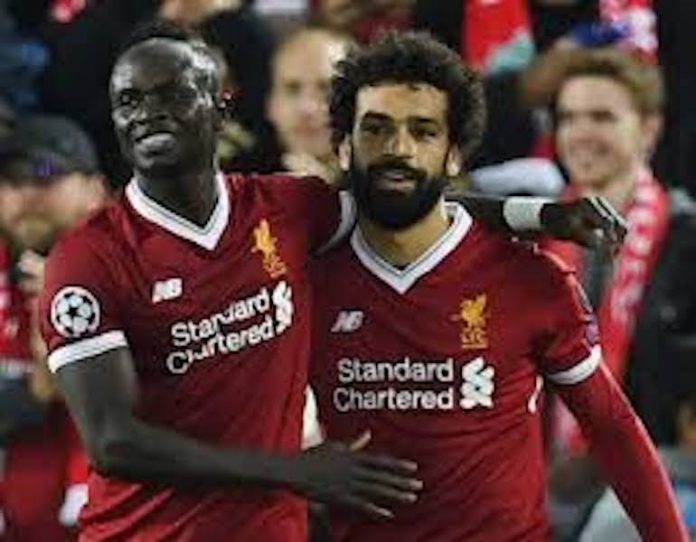 Senegal’s Sadio Mane and Mohamed Salah of Egypt are the only Africans on the 55-man shortlist for the Fifpro World XI.

Wales’ Gareth Bale misses out, and there also no Scottish or Northern Irish players on the list.

The list was compiled from the votes of 25,000 footballers from 65 countries.

Players were asked to pick one goalkeeper, four defenders, three midfielders and three attackers who excelled in the 2017-18 season.

Real Madrid’s entire starting XI from their Champions League win against Liverpool in May made the list, including Cristiano Ronaldo, who joined Juventus in the summer, while new goalkeeper Thibaut Courtois, who signed from Chelsea, is also included.

But Bale, who scored twice for Real in the final, did not make the cut.

The final XI will be revealed during the Best FIFA Football Awards in London on 24 September.