The victory secured by the Junior Yellow Green, Nigeria’s Under-19 cricket national team at the ICC Under-19 World Cup Africa Division Two Qualifier Tournament in Potchefstroom, South Africa, earlier in the week is a bold statement that Nigeria cricket is on the path to continental relevance once again.

But this did not come cheap and would not be maintained by idleness.

The team that won the event had been in camp for over two months between Benin City in Edo State and Kaduna where the 40 players who starred in the preliminary round were pruned to 27 and then the final 14. The team thereafter went on a four-match tour of Uganda where they engaged the country’s Under-19 and the Under-23 teams in trial games before heading for the tournament in South Africa.

According the President of Nigeria Cricket Federation (NCF), Professor Yahaya Ukwenya, “The victory was not a walk in the park. We worked for it. The win in South Africa is both a reward and a call for more work,” he added.

Most of the players got pulled in from the pockets of private teams and leagues that dots different cricket clusters around the country.

“We knew that getting the nation back to the heights it deserved will need us getting everyone to support whatever the NCF was doing at the centre. Despite the sinking state of Nigeria cricket reputation, there were still deep- seated interest in the game. What we lacked was the leadership to seize the initiative, bring together all interest groups and develop and execute a workable roadmap to a desirable future for this game,” observed the NCF president.

In less than six months after assuming leadership of NCF, Ukwenya and his team have cracked up a document that spelt out the federation’s immediate needs and how to approach them, including engaging consultants, past players and keeping a focused youth programme in place.

He said: “Getting funding became one of the key factors here, so, we decided to engage all means possible including, taking deliberate actions to keep the sport marketable and attractive to corporate bodies and of course having in mind deliverables that would keep such relationship a win-win affair for everybody.”

Vice President of the NCF, Uyi Akpata, said hosting the two events last April served a number of purposes for the game; it allowed NCF to deepen her international affiliations with the global and continental bodies. It helped the body to upgrade one of the prime facilities in the country to international standard and again put the players on the spot.

“I believe that after the event in April, we had a number of things to learning from but the most important thing was that we were not where we were again,” stressed the NCF who is also a golf aficionado.

Uyi believed that the outcome of the two events in which Nigeria finished in runner up places behind Ghana along with training programmes that the indigenous coaches were exposed to, including the contracting of South African cricket legend, Makhaya Ntini, as Technical assistant, came very helpful for Nigeria in mastering the rope.

“Nigeria Cricket took the leap after the two events we hosted in April. Most of the discipline and depth that the present Under-19 team have, was a result of so many learnings we have made along way of executing our planned programmes as a federation,” he added.

Three of Nigeria Umpires were also part of officials for the just concluded tournament. Enesi Dahiru who is also on the NCF Board as the technical representative, Kehinde Olanbiwonu who was the only Nigerian at the April West Africa T20 World Cup Qualifier and Musa Ehizoje also a member of the umpires’ association joined elite African umpires at this event. This is the highest number of umpires from Nigeria at any ICC event.

In the meantime, the federation won the hearts of Lagos State Government, Transport Services Limited, Eroton Exploration and Production and Visionscape to back a number of their activities too.

Hence when the opening whistle for the final match between Nigeria and Sierria Leone was blown in Potchefstroom on Tuesday, the Junior Yellow Green knew that beyond the preparations they have gone through; they held the hope of a new dawn for the game back home.

They had earlier overpowered Ghana, Mozambique and Lesotho in the group stages then went on to dispatch Tanzania in the semi-final.

Only Sierra Leone, posted a blameless record at the event as Nigeria before they met on Tuesday. But Nigeria rated better on aggregate Net Rate of Return.

According to Nigeria’s Captain, Sylvester Okpe before the match; “We put every victory so far behind us, in fact we have told ourselves we will celebrate only after we win the final match, because that is the only thing that mattered here.”

Uthe Ogbimi, coach of the Nigerian team noted that the players were focused and, the exposure they had, the long training schedule by the federation and the depth of the technical team were the assets of the team.

So, as the 50 overs final got underway, it was not long before Elijah Olaleye unleashed terror from his bat on the Sierra Leoneans.

Former National Captain, Endurance Ufem, who is also Player’s Rrepresentative on the NCF board said of the team; “They were majestic. I followed the match online as I could not be there live. When the statistics came reeling in, I could picture the torture that was in our opponent’s mind. Our opening batsman (Elijah Olaleye) was ‘savage’. He killed the game before the opponents were ready.” He led with an unbeaten 110 off 124 balls. Samuel Mba on the other hand, shared a first wicket stand of 148 runs before departing in the 35th over on 62 off 124 balls which set the tone for the 242 runs for the loss of 9 wickets in allotted 50 overs.

Then came Nigeria’s best bowler at the tournament, Peter Aho. He led the onslaught by claiming five wickets, 35 runs, one maiden in four overs, while the duo of Mohammed Taiwo and Abdulrahman Jimoh claimed two wickets apiece to reduce their opponents to a paltry 105 runs all out in 31 overs.

The Sierra Leoneans in response to the intimidating scores Nigeria recorded in the first innings found it difficult to cope in the batting crease but the likes of Captain George Ngeba (31), Osman Sankoh and Emmanuel Akpo had 14 runs, while Haroun Kamara added 13 runs in a disappointing effort from the side that waltzed through every opponent up until the moment they met Nigeria in the final.

With the results, Nigeria leads Division 2 qualifiers along with Sierra Leone and Tanzania to compete in Division One (Venue yet to be confirmed in 2019) along Namibia, Kenya and Uganda.

As part of recognition of efforts put in by the current board, organisers of the Africa T20 Cup in South Africa have invited Nigeria to join elite province and countries in the Africa Cup scheduled to commence in South Africa from 13th of September, 2018.

Four of the Present crop of U19 players will also remain and spend two weeks in a private cricket Academy in Cape Town ahead of the arrival of the rest of the Senior National Team early September.

With these new gains made so far this year, it is obvious that the Nigeria Cricket Federation has rekindled hope in this gentlemanly sport in Nigeria. It is now just a matter of sustaining this new drive for the country to take her place amongst the elites of Cricket in the continent. Who knows, global recognition in cricket could be lurking in the horizon for Nigeria. 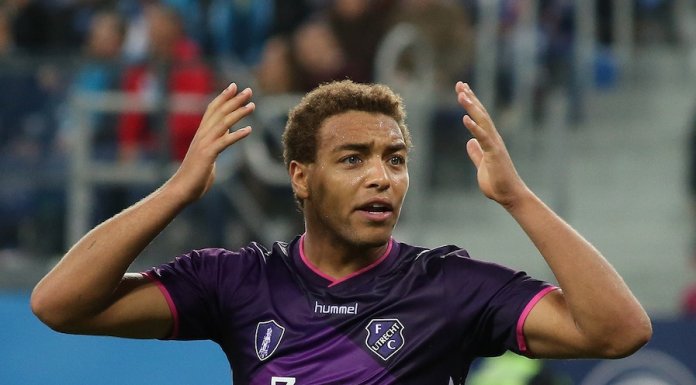