The All Progressives Congress (APC) has said there is no verifiable evidence of underhand dealings or N9 trillion corruption in the operations of the Nigerian National Petroleum Corporation (NNPC) as was alleged by the Peoples Democratic Party (PDP).

This is coming as the main opposition party yesterday urged the Prime Minister of the United Kingdom, Theresa May, to use her state visit to Nigeria to uncover the dismal state of the country by resisting a choreographed plan by the administration of President Muhammadu Buhari to hoodwink her for an endorsement stunt.

PDP had alleged massive corruption to the tune of over N9 trillion in the operations of the NNPC and urged President Buhari’s administration to clarify the issues raised.
But in a swift response, the ruling party said the basis for the PDP’s allegation, which was a leaked memo from the Minister of State for Petroleum Resources, Dr. Ibe Kachikwu in 2017, detailing alleged underhand oil contracts to the tune of N9 trillion at the NNPC and the Ministry of Petroleum Resources, had been overtaken by events.

In a statement issued by the party’s Acting National Publicity Secretary, Yekini Nabene, APC said it was a matter of public knowledge that the author of the memo openly proclaimed that the issues raised in the letter were not based on fraud but on governance.
APC also said it was clearly stated then by the NNPC, in response to the leaked document that apart from the 618-kilometre Ajaokuta-Kaduna-Kano (AKK) gas pipeline project and the Nigerian Petroleum Development Corporation (NPDC) production service contracts, all the other transactions mentioned in the memo were not procurement contracts.

“The NPDC production service contracts have undergone due process, while the AKK contract had not reached the stage of contract award,” APC added.
APC also added that NNPC had clarified that for both the crude term contract and the Direct Sale and Direct Purchase (DSDP) agreements, there were no specific values attached to each transaction to warrant the values of $10 billion and $5 billion, respectively, placed on them in the leaked document.

“Thus it was inappropriate to attach arbitrary values to the shortlists with the aim of classifying the transactions as contracts. They are merely the short listing of prospective off-takers of crude oil and suppliers of petroleum products under agreed terms,” APC added.
On the alleged diversion of crude oil worth N1.1trillion using 18 unregistered companies, APC said from every indication, the Crude Oil Marketing Division (COMD) of the NNPC had been able to implement reforms, which had brought about transparency in sales, marketing and general management of the various grades of Nigeria’s equity crude oil.

APC said the reforms in the sector had ensured a more open and transparent crude oil sales contract awards.
“The reforms have manifested in the now popular public opening of bids for the sales and purchase of Nigerian crude grades in what is known as annual crude term contract,” the ruling party added. “As at last check, the Crude Oil Marketing Division (COMD) of the NNPC had achieved 98 per cent automation of all transactions involving the supply, marketing and sale of the various grades and blends of Nigeria’s crude oil across the world,” the party said.
Meanwhile, the main opposition party yesterday urged the Prime Minister of the United Kingdom, Theresa May, to use her state visit to Nigeria to uncover the dismal state of the country by resisting a choreographed plan by President Buhari’s administration to hoodwink her for an endorsement stunt.

PDP also called on the British leader not to allow the APC-led administration to confine her within the Presidential Villa, but to insist on visiting other parts of the country to enable her directly appreciate the level of lies and false performance indices the federal government has been dishing out to the world.

‘’This is particularly as we have been made aware of plans by the federal government to use the visit to dish out more lies to the international community in an effort to cover its failures in governance in the last three years, for which Nigerians are clamouring for a new president under the PDP,” the party said.

The PDP further charged the British Prime Minister, as a parliamentarian, to take the APC-led administration to task on its unabated interferences and violent attacks on the institution of the National Assembly, including threats to forcefully remove the elected presiding officers of the Senate, as well as the recent invasion and blockade of the National Assembly by the security forces.

The main opposition party also wants the British leader to task President Buhari on “his widely condemned stand against the supremacy of the rule of law in addition to records of violation of human rights in Nigeria, including government’s disobedience to court orders, reported extra-judicial killings, torture, unlawful political arrests and detention, restriction of free speech and media freedom and lack of government’s accountability as detailed in report by various international bodies, including Transparency International (TI), Amnesty International (AI) and US Department of States”.

“The British leader should also elicit discussions with the President on the recent report by Price Waterhouse Cooper showing humongous corruption in his administration, including the circumstances surrounding the N4 trillion unremitted oil money in agencies under his direct supervision as minister,” the party added.

The PDP further urged Prime Minister May to engage President Buhari on the violent rigging of elections under his watch, and extract commitment from him on his administration’s preparedness for a free, fair and credible general election in 2019, especially as there are apprehensions across Nigeria, that his actions, utterances and body language suggest otherwise. 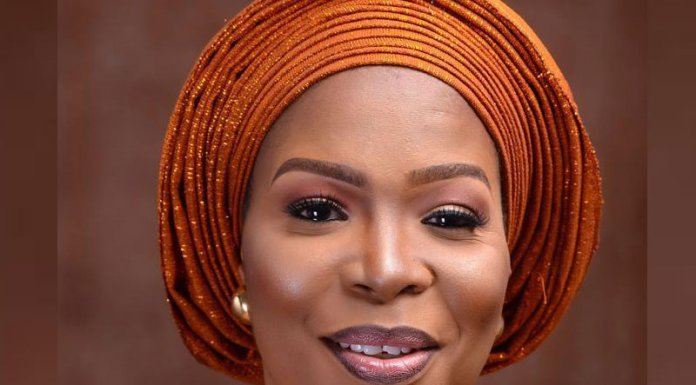