Rolls-Royce Motor Cars will showcase its remarkable portfolio of highly bespoke motor cars in full for the first time in history. The autocrafter in a statement said in addition to Cullinan, the Rolls-Royce of SUVs, the brand would present extremely rare expressions of Dawn, Wraith, Ghost and its flagship, Phantom, alongside a photography exhibition in a highly curated space on the Laundry Green adjacent to Goodwood House.

Cullinan
The most anticipated motor car of 2018 will, for the first time, be publicly seen at this yearâ€™s Festival of Speed. An Arctic White Cullinan will stand centre stage on the Rolls-Royce stand trimmed with a finest Arctic White leather interior accented with Turchese highlights and meticulously crafted Silver Birch veneer. In addition, a Magma Red Cullinan will be driven in the First Glance parade.
In stark contrast to these pristine motor cars, two prototype Cullinans have returned from their punishing global programme to further prove their durability by assisting stricken vehicles on the hill climb course. Both have been adapted to comply with FIA regulations and, for the Festival of Speed only, include roof-mounted light bars, heavy duty tow functions and â€˜straight towâ€™ equipment allowing them to pull-start vintage vehicles.
Visitors may wish to examine these very special Cullinans, recognisable by their pre-production camouflage, as they still carry traces of sand from their recent journey through the Arabian Desert and salt from high-speed off-road testing at the Bonneville Salt Flats. Despite a concerted effort from the marqueâ€™s rigorous Test and Analysis collective to take Cullinan beyond what was thought possible through its gruelling testing programme, the cars returned home still Effortless Everywhere.

Phantom Gentlemanâ€™s Tourer
Representing the brandâ€™s pinnacle motor car is a highly Bespoke Phantom, dubbed the â€˜Gentlemanâ€™s Tourerâ€™ by its commissioning patron. This standard wheelbase Phantom pursues an aesthetic and configuration tailored to trans-continental Grand Touring with friends. It is finished in a striking and highly Bespoke Iced Gunmetal exterior paint; a finish developed specifically for this customer to appeal to his interest in high performance aircraft. The wheel centres of the 22 inch alloy wheels are also accented in Iced Gunmetal, another first use of this process on a wheel.
The interior of the â€˜Gentlemanâ€™s Tourerâ€™ Â is a masculine, operational space, bespoked for the purpose of long, luxurious journeys. Tones of Black, Selby Grey and Anthracite leathers are artfully blended by Goodwoodâ€™s craftspeople with details such as the embossed Spirit of Ecstasy in each door panel and the silver pinstripe across the Piano Black veneer.
One final feature confirms the technical modernity of this motor car â€“ the Cascade Steel Gallery is finished in Ruthenium, a precious metal from the Platinum group. Compared to Gold, less than one per-cent of this metal is mined making it extremely rare.

Dawn Black Badge Adamas
The Bespoke Collective of the House of Rolls-Royce has conceived a darker iteration of Black Badge Dawn named Adamas. Drawing inspiration from the name, meaning â€˜untameableâ€™, â€˜invincibleâ€™ and also â€˜diamondâ€™, the Collective celebrated the darker side of contemporary craftsmanship, expertly weaving a dark aesthetic of unbreakable carbon structures into just 30 Black Badge Dawns.
Making its public debut, visitors will be drawn to the Spirit of Ecstasy which, for the first time in history, finds itself formed in machined carbon fibre. The entrancing figure is engineered from 294 layers of aerospace grade carbon fibre, a process that takes 68 hours to produce with a technical weave angle of precisely 25 degrees. She confidently resides on a specially created titanium base, vapour blasted to adopt a darkened aesthetic, bearing the words â€˜Black Badge Adamasâ€™, and the infinity logo.
88 laboratory-grown diamonds form the Black Badge infinity symbol and encrust the dashboard clock. As a final touch, when one enters or alights from the atmospheric cabin of Adamas, illuminated tread plates read â€˜Black Badge Dawn Adamas â€“ One of Thirtyâ€™, reminding the occupant of the power and rarity of this Collection.

Silver Ghost
One motor car changed the course of automotive history. During the 2018 Festival of Speed, the legend will be re-told as Rolls-Royce proudly displays one of a collection of 35 Rolls-Royce Ghosts, created in homage to the original Silver Ghostâ€™s achievements.
References extoling the past are skillfully hand-crafted into Silver Ghostâ€™s interior and exterior, beginning with a solid sterling-silver Spirit of Ecstasy shrouded in a black-gold-plated collar. Cassiopeia Silver, a complex Bespoke silver paint, bathes the exterior of Ghost in a hue that echoes the silver paint of the original motor car. A Bespoke hand-painted coachline is imbued with fine particles of 100% pure silver, adding to the provenance of this collection.
On opening the coach doors, accents of a specially created â€˜Forest Greenâ€™ leather provide a nod to the original 1907 carâ€™s interior colour scheme. A newly designed silver tipped leather makes its Rolls-Royce debut, being incorporated onto the front and rear door panniers. Additionally, a silver onlay has been set into the open pore wood of the fascia and door cappings, flanking a solid silver ingot, hallmarked to reflect this motor carâ€™s great lineage.

Wraith Luminary
In a bold expression of dynamic luxury, Rolls-Royce will debut the Wraith Luminary Collection. Visitors will be met by a flat grey paint that enlivens when awoken by the sun, which reflects rich copper particles sensitively incorporated into the base coat. Further intrigue is added by a hand-painted Sunburst Motif coachline, hand-painted Wake Channel Lines on Wraithâ€™s bonnet and pinstripes applied to the wheel centres, each in Saddlery Tan, bearing reference to the colourway of the interior leather.
On opening the coach doors, guests can survey the Collectionâ€™s defining feature â€“ illuminated Tudor Oak wood. The light of 176 LEDs permeates through an intricately perforated design in the unique Canadel door panelling, allowing a mesmerising pattern, reminiscent of the trailing light of a shooting star, to luminesce at the touch of a button. Linked to the controls of the starlight headliner, the cabinâ€™s veneer surrounds Wraithâ€™s occupants in an ambient glow of light.
Continuing this theme, the Rolls-Royce Bespoke Collective has brought further theatre to the cabin of Luminary in the form of brilliant shooting stars. The prized Rolls-Royce starlight headliner, a handwoven configuration of 1340 fibre optic lights which act as a glittering night sky, takes a bold new step as it incorporates shooting stars into the constellation; a playful display of light that creates wonderment and awe for the carâ€™s passengers.

Leica Cameras â€˜Crafting Cullinanâ€™ exhibition
The extraordinary hand-craftsmanship applied to the new Rolls-Royce Cullinan will be the subject of an exhibition of images captured by distinguished portrait photographer, Cat Garcia. Previewed during London Craft Week and showcased publicly for the first time at the 2018 Festival of Speed, the images will take viewers inside the Home of Rolls-Royce in Goodwood, West Sussex, revealing the meticulous artistry lavished on Cullinan. The images, captured exclusively on the camera brandâ€™s flagship Leica SL, show the men and women who can proudly claim that their hands built the marqueâ€™s remarkable SUV.

Rolls-Royce Dawn Black Badge in the Supercar Run
A visceral demonstration of the most urgent expression of the marque, a Dawn Black Badge will ascend the storied hill climb course at Goodwood during the Festivalâ€™s Supercar Run. It will be driven by a House Driver from Rolls-Royce Motor Carsâ€™ Black Gloves Programme; a bespoke driving curriculum for Black Badge patrons who wish to exploit the full dynamic potential of their motor car. 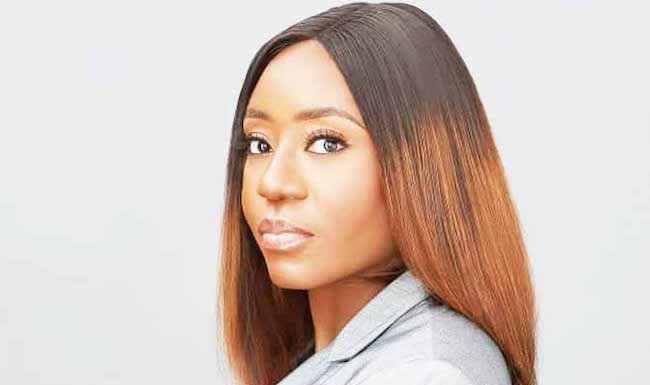