The Speaker of the House of Representatives, Hon. Yakubu Dogara, has extolled the leadership virtues of Enugu State Governor, Ifeanyi Ugwuanyi.

He described the governor as â€œan established leaderâ€ who is being celebrated widely because of his closeness to the people and effective delivery of dividends of democracy in spite of the countryâ€™s economic challenges.

Dogara, a chieftain of the All Progressives Congress (APC), added that Ugwuanyi is â€œa very nice man to a fault,â€ who â€œwants to please everybody,â€ saying he has â€œdone exceptionally wellâ€ in office that members of the National Assembly in particular and the people ofÂ  the state â€œare exceedingly proud of what you have achieved.â€

The Speaker, who stated these during the grand reception for UgwuanyiÂ  by members of the Enugu State National Assembly caucus, said he was delighted at the governorâ€™s popularity and humility, and â€œwhen I went to Enugu, I saw market women and many indigenes of the state coming to the Government House, dancing and singing.â€
He disclosed that the people he saw were not rented crowds but those who were acting from the bottom of their hearts, applauding Ugwuanyi for â€œinvesting in people.â€

According to him, â€œUgwuanyi is such a person that you will never meet in mansions when you go to Enugu. You will meet him among his people and that is where his heart is. And that is where the heart of a leader should be.â€

Speaking on the governorâ€™s unprecedented achievements in spite of the stateâ€™s lean resources, Dogara, while recalling the governorâ€™s firm belief in the miracle of â€œfive loaves and two fish,â€ stated that â€œour brother (Ugwuanyi) who is a true leader is performing beyond expectation with the very little resources that he has.

â€œYour Excellency now that you have done exceptionally well, all the Enugu people are happy and they have decided to endorse you for a second term. When the people of the state say we are celebrating you, we are appreciating you, it means they are applying for more. So I wish you well. I know that you will continue to distinguish yourself creditably and redefine leadership in the state,â€ the Speaker added.

In his remark, the Deputy Majority Leader of the Senate, Senator Bala Naâ€™allah, who represented the President of the Senate, Bukola Saraki,Â  also eulogised Ugwuanyi for his outstanding leadership qualities, saying he â€œis one of the most decent and honest persons I have worked closely with.â€

At the event, the Enugu State National Assembly caucus unanimously endorsed the governor for a second term in office for his effective leadership and entrenchment of peace and good governance in the state.
The Deputy President of the Senate, Senator Ike Ekweremadu on behalf of all the federal lawmakers from the state, said the endorsement was predicated on the governorâ€™s development strides and his leadership style characterised by justice, equity, and peace.

He said: â€œUgwuanyi has connected with the people of Enugu State in a very peculiar way. Today, communities have their Liaison Officers, and they execute projects. Everybody is part and parcel of the government.â€
Responding, the governor, who appreciated the Enugu caucus of the National Assembly for their show of love and support, noted that the prevailing peace and cooperation between the federal lawmakers and his administration have resulted in numerous constituency projects and federal government interventions in the state.
He assured them that the years of dichotomy now belonged to the past. 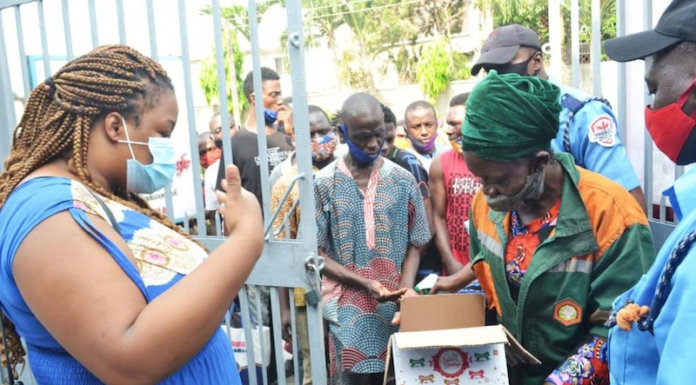