In a bid to tackle abuse of children and assist those who have been abused get help, the Jose Foundation, a non-governmental organisation, has developed a mobile application for children.

The Country Representative of the Foundation, Mrs Eunice Pius, said that the application, â€œCSE Appâ€, enables children who are sexually exploited to report and get help.

Pius made this known at a workshop titled â€œElimination of Child Sexual Exploitation (CSE) in Nigeriaâ€ organised by the foundation in Abuja.

She explained that there is a challenge of not reporting cases of child sexual abuse by families of victims for cultural or social reasons.

According to her, the foundation intends to end child sexual abuse in the country by 2030.

She said every six out of 10 girls have been abused, adding that the foundation was out to fight child sexual abuse and ensure that victims get justice against predators.

She also said that in some reported cases, families of victims drop charges against offenders when offered money.

â€œWe face some challenges which is largely as a result of poverty, families of victims drop charges when they are offered money.

â€œWe are trying to make sure we put every machinery in place by involving the police and the Ministry of Justice to ensure that anyone guilty of child molestation, does not go free.

â€œOur children are so precious to us, we do not want them molested for it has psychological, physiological and intellectual effect on them; as victims life never remain the same,â€ she said.

Pius called on Nigerians to support the foundation in the fight against child molestation especially in the war torn North-east region.

She stressed the need for all stakeholders to speak out and defend children, adding that success could only be achieved through effective synergy.

Pius said that the foundation was collaborating with agencies saddled with the responsibility of addressing extreme poverty to ensure better life for children.

She said that the collaboration was necessary as most victims were from very poor homes with little or nothing to live on.

Foreign experts, she said, have been invited to the workshop to join forces with local ones to do justice to the matter.

The official said that the foundation intends to train government officials, especially the police, on ways to stop child exploitation.

Earlier, the Minister of Women Affairs and Social Development, Senator Aisha Alhassan, said that the federal government was evolving new strategies to ensure safe schools in the country.

Represented by the Director of Social Welfare in the ministry, Ms Tope Gbangboye, Alhassan said a multi sectoral approach was being adopted for safety of children in the country.

â€œThe Federal Government of Nigeria is evolving new strategy of multi sectoral collaborations to guarantee safe schools in the North-east and the entire country to ensure that no child remains in captivity.

â€œChildren constituted 60 per cent of the countryâ€™s population and they were key for sustainable development.

â€œThe federal government through the ministry, in collaboration with partners remain committed to the coordination of emergency responses.

â€œThe inauguration of the Joint National Task Force for the prevention of violence against children in Nigeria is a reflection of governmentâ€™s commitment.

â€œGovernment will ensure the training of juvenile police officers with the view to enhancing their capacity to prevent child sexual abuse.

â€œThe capacity of officers for better interpretation of laws as regards to detention, investigation and prosecution of culprits is being built,â€™â€™ she added.

Alhassan canvassed international support for law enforcement agencies and urged officers to ensure that victims get adequate support and protection during investigation and prosecution of crimes.

The minister commended the Nigerian Communications Commission (NCC) for scaling up actions to eliminate the use of the mass media technology to either facilitate or commit child sexual exploitation.

She urged the foundation to continue in its commitment to the elimination of child sexual abuse and not relent in scaling up inter sectoral cooperation to stamp out the menace.(NAN) 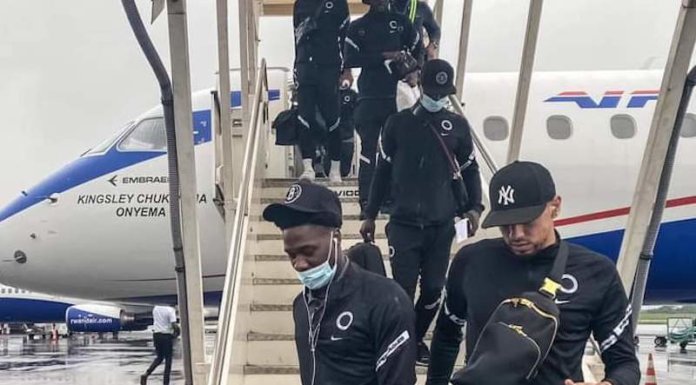