Home Politics Aggrieved Members Drag APC to Court over Congresses in C’River
Share
WhatsApp
Facebook
Twitter
Email
Google+
Pinterest
Linkedin
ReddIt
Print
Tumblr
Telegram
StumbleUpon
VK
Digg
LINE
Viber
By Alex Enumah in Abuja
Some members of the All Progressives Congress (APC) in Cross River State, unhappy with the result of the party’s recently held congresses have dragged the party before the Federal High Court, Abuja seeking nullification of the ward, local government and state congresses.
In the suit filed by Odey Oyama, a party caucus leader and 22 others, the plaintiffs are challenging the February 24, 2018 state congress with 98 delegates, which produced Godwin Etim John as state party chairman, replacing former chairman and now Minister of Niger Delta Affairs, Usani Uguru Usani, and the subsequent wards, local governments and state congresses of May, 2018.
In the originating summons filed by their counsel, Marx Ogar Esq., the plaintiffs are contending that the February 24, 2018 state congresses, which was ordered by the Deputy National Chairman of the party, Mr Segun Oni, was not valid under sections 85 (1) and (3) of the 2010 Electoral Act and Article 12.7 of the APC Constitution.
Joined as defendants in the suit are the APC and the Independent National Electoral Commission (INEC).
An affidavit deposed to by an APC member in the state, Joseph Ushie Ade, stated that while the scheduledÂ May 5Â ward congress was rescheduled for Sunday 6thMay, 2018, the committee chairman Stan Ekezie moved the materials to a different venue from the party secretariat to Danic Hotels where they completed the results.
â€œI know as a fact that after our leaders drew the attention of the world toÂ the perfidy perpetrated by the Stan Ekezie Congress Committee inÂ connivance with Godwin Etim John/Pastor Usani Usani, the congressÂ materials recovered from them at Danic Hotel Calabar (their hideout)Â were taken to the Calabar Area Command of the Cross River State PoliceÂ Command in Akim where same were deposited with the Nigeria PoliceÂ Force Area Commander pending the reconstitution of another Congress
Committee that would be fair, independent and impartial,â€ he averred.
Similarly, five Cross River APC members — Hon. Eborty Egbe, Harrison Edor Ribua, Stanley Ekuri Ajom, Joseph Nkang Ogar and Chris Omukwu — have asked a Federal High Court in Abuja to nullify the state congress of May 19, 2018 where the state executives were purportedly elected.
They want the court to make an order annulling/voiding the process which produced the Godwin Etim John and others as chairman and members respectively of the Cross River Executive Committee of the party.
They also want an injunction restraining the party not to recognise or inaugurate Godwin Etim John and others as chairman and members respectively of the Cross River State executive of the APC pending the outcome of fresh state congress.
No date has been fixed for hearing of the matter. 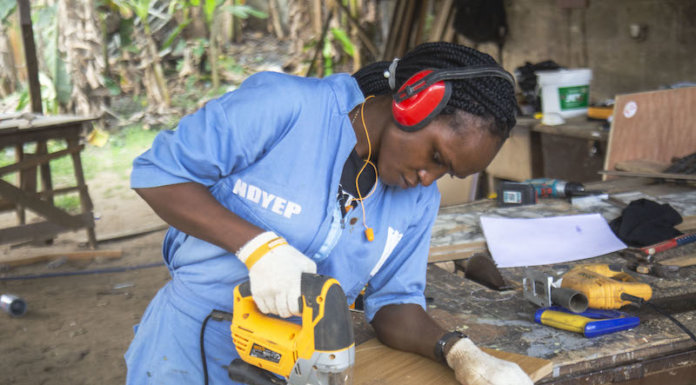