Home Nigeria FG Planning to Arrest Me, Timi Franks Cries Out
Share
WhatsApp
Facebook
Twitter
Email
Google+
Pinterest
Linkedin
ReddIt
Print
Tumblr
Telegram
StumbleUpon
VK
Digg
LINE
Viber
Onyebuchi Ezigbo in Abuja
The estranged Deputy National Publicity Secretary of the ruling All Progressives Congress (APC), Timi Frank, has raised the alarm that the federal government has concluded plains to arrest and prosecute him for comments against the administration.
Frank also alleged that the security agents attached to him have been withdrawn.In a statement issuedÂ on Thursday, he urged Nigerians and especially the National Assembly not to relent in providing leadership to ensure the sustenance of democracy in Nigeria.
He also called on civil society organisations and labour unions not to gloss over glaring threats against the nation’s democracy.
The statement read: “It has become imperative for me to use this medium to bring to the attention of the general public, as well as members of the international community that on Wednesday 6th June, 2018, the federal government ordered the withdrawal of my police security aides. Even though no reason has been given for this sudden action by the police authorities, I believe that it is connected with my fight to preserve the nation’s democracy by speaking out against anti-democratic tendencies and clamouring for adherence to the rule of law under the present administration.
“I also have it on good authority that a directive has been given for my immediate arrest and detention. It has also come to my knowledge that a frontline minister in the present administration is going round media houses and online media and threatening them to either stop publishing and airing my views on national issues or face sanctions from the government.
“Recall that in recent weeks, I have caused to issue four open letters to be published in major national newspapers. In one of the letters, I passionately pleaded with Mr. President to stop security agencies from harassing and intimidating Nigerians especially those perceived as enemies of the administration. I also called on relevant security and anti-graft agencies, to follow due process in the ongoing fight against corruption in the country.
“I had equally called on the leaders of the international community, like the President of the United States, Donald Trump, Secretary General of the United Nations, Antonio Guterres and the British Prime Minister, Theresa May, to prevail on the present administration to respect the sanctity of human lives, uphold the fundamental human rights of Nigerians, stop the intimidation and harassment of innocent citizens; and to make sure that the ongoing fight against corruption is conducted according to the principles of fairness, equity and justice. I had decried a situation where personalities mainly from the opposition, Peoples Democratic Party (PDP) and new Peoples Democratic Party (nPDP) arm of our party, the All Progressives Congress, are being selectively targeted for persecution in the guise of fighting corruption.
“I dare say that the withdrawal of my police security aides and from other deserving Nigerians has become the modus operandi of this government in silencing the opposition. Recently, security aides of the President of the Senate, Dr. Abubakar Bukola Saraki, Deputy President of the Senate, Senator Ike Ekweremadu and the Speaker of the House of Representatives, Rt. Hon. Yakubu Dogara were equally reduced. Those attached to Senators and House of Representatives members considered to be critical of the policies and programmes of the present administration are equally being recalled.
“I also want to state that impunity in the country is moving from bad to worse as evidenced by the withdrawal of my security and my being marked for arrest and prosecution, simply because I have not ceased to speak up against acts of injustice, intimidation and harassment of Nigerians, since the inception of this government.
“This plot against me shows that the Nigeria Police which is supposed to protect all Nigerians has become personalised and is being used to protect only those singing the praises of the present administration. This effectively shows that the last administration was more democratic and tolerant than the present one because despite my incessant criticism of the Jonathan’s administration, he never ordered the withdrawal my police aides, as well as those of all opposition members now in government who were opposed to Jonathan and his government as at that time. This unwarranted action by the government against me, I must say, is meant to expose me to grave danger and personal harm with the aim to permanently shut me up.
“Nigerians had expected leaders in this administration to learn to tolerate criticism from the opposition as a common feature in any democratic setting. Take South Africa for example where a member of parliament and leader of the opposition Economic Freedom Fighters (EFF) party, Julius Malema, often criticizes the President of South Africa without his security aides being withdrawn or him being framed up for arrest and prosecution.
“I want to make it categorically clear however, that no amount of intimidation, harassment and arrest will make me to close my eyes and mouth in the face of ongoing human rights violations and actions capable of truncating the nation’s democracy, being perpetrated by the present administration. I solemnly reiterate my resolve to pay the supreme sacrifice if that is what is required to ensure freedom, respect for human dignity and good governance in Nigeria. However, I want to use this opportunity to inform Nigerians that the present administration should be held responsible should any harm befall me.” 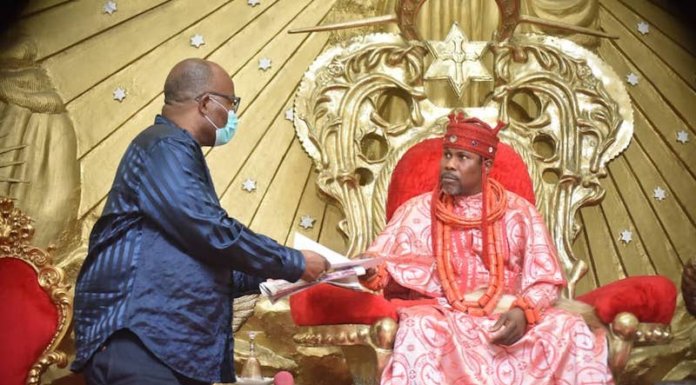