The Deputy Senate President Ike Ekweremadu at the weekend declared that governors elected on the platform of the Peoples Democratic Party (PDP) have shown more commitment and sustenance of democracy than their counterparts in the All Progressives Congress (APC).

The senator also dismissed as wishful thinking the boasts by the APC of taking over Enugu State by 2019, insisting that there was no vacancy to be filled.

Ekweremadu spoke at Sacred Heart Catholic Parish, Iwollo Omasi in Ezeagu Local Government Area of the state while flagging off the drilling of boreholes with the newly acquired drilling rig.

While describing APC members as noise makers, Ekweremadu said PDP governors across the country have shown more commitment in developing their states.

On APC’s boasts of ousting Governor Ifeanyi Ugwuanyi from office by 2019, the lawmaker rather advised the APC leaders to quit the high intake of codeine, a banned substance, which according to him had made them to engage in hallucinations.

â€œSometime last week, I read from the newspapers that somebody from Enugu State was at Abuja saying that he will give APC one million votes from Enugu State. Just yesterday, somebody also told me that our rival political party, APC, said that they will take Enugu by force in 2019.

â€œSo I now said I think they are still drinking the last pieces of their codeine. They have forgotten that we have banned codeine in Nigeria; they are drinking the last bottles they had. By the time they will finish this one, it will clear in their eyes that there is no vacancy in Enugu State,” he said.

The Deputy Senate President further assured the people of his readiness to give water to every home and community in Enugu West senatorial district, his constituency, saying that with the newly acquired rig, the technology, speed and number of boreholes to be sunk in the area would improve and increase
astronomically.

He thanked the people of the state for their continuous support to the
state governor, Ifeanyi Ugwuanyi, whom he described as a performing governor, and said that he was only trying to help in the area of provision of water and other amenities so that the state government would face other critical areas.

â€œOur people were left behind in the political equation both at the federal, the state and indeed the local government. We decided to change all that, we decided that by the time we are done with politics our story would have been changed.

â€œSo today we have a sense of fulfillment that we are indeed getting there.

â€œWe want to provide water in every community and every home, anybody who thinks he wants water and we believe there is availability of water where he resides in Enugu West, he will have water,” he said. 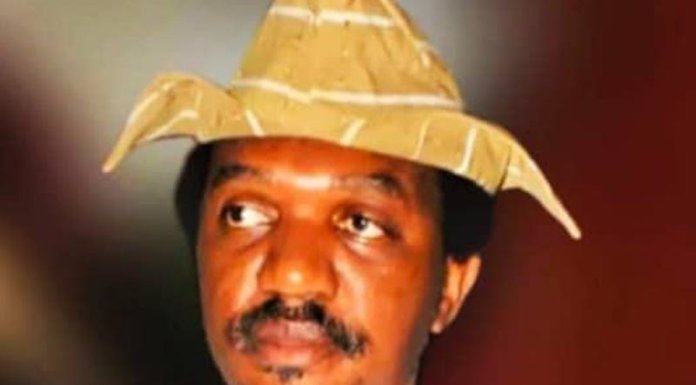