No one was surprised when immediately after his inauguration, the governor of Plateau State, Simon Lalong made enthronement of peace the main thrust of his administration, writes Seriki Adinoyi

It is a common knowledge on the Plateau that before the advent of the Governor Simon Lalong-led administration, the state had been dragged behind by protracted crises that had bedevilled previous administrations, with over fourteen years of communal, ethnic and religious crises.

The aftermath of these sustained crises in the state was not just limited to monumental loss of lives and valuable properties belonging to government and citizens, it also sent away investors and tourists who should have contributed to the development of the state. Investors feared that any investment in the state at that time was as good as a waste of time and resources.

Even with the tremendous infrastructural development embarked upon by the immediate past administration, Plateau was becoming a desert of a sort as many families and companies relocated from the state. Of course, this came with lull in commercial activities as financial organisations like banks only opened partially to customers. At market places and in the communities, there was mutual suspicion among neighbours who were unsure of one another. The city of Jos also became divided along religious and ethnic fault-lines such that there were â€˜no-goâ€™ areas; the Christians could only live among fellow Christians and same with Muslims.

Successive administrations starting from that of Chief Joshua Chibi Dariye had set up commissions of inquiry to unravel the cause of these crises, but only little was achieved either because the people did not believe in the commissions or the reports of the commissions were never really implemented because of the sacred cows that were indicted. The consequence was that the crisis continued, and more lives and property went in for it. All these were before the election of Lalong as the governor of the state.

The dramatic turn-around in the fortunes of peace that accompanied his election and subsequently his administration still remains magical to many; truly dramatic in the sense that the crises ceased almost immediately after he was sworn-in.

This threw up several arguments in the state. While some considered the dramatic return of peace as an indication that the crisis was actually targeted at Jang by saboteurs to rubbish his administration because of his perceived un-inclusive style of leadership, others believed and argued that Lalong had watched from the side-line while preparing himself for leadership, and had identified where his predecessors missed it. They argued that it was therefore easy for him to immediately tackle it as he assumed power.

Whichever is correct, the fact remains that the credit must go to Lalong for wielding the magic wand that returned peace to the hitherto restive state.

It is also instructive to add that Plateau people were more concerned about the many benefits that have come with the peace than how Lalong performed the â€˜miracle.â€™ Of course, the governor has won several commendations in this regard.

Though he was of the then opposition All Progressive Party (APC), which was then not readily accepted in the state, Plateau embraced Lalong as long as he was the messiah that brought them the much needed peace. The governor reciprocated the gesture by not allowing partisan sentiment to deter him from continuing the projects that were started by his predecessor.
He mobilized contractors to site to complete the secretariat flyover and the expressway connecting the flyover to Maraban Jamaâ€™a; these were projects initiated by Jang. Lalong also started and completed the Miango Low-cost, Rafiki road networks with spur at Domkat Bali road, which were all commissioned by President Muhammadu Buhari during his state visit to Plateau in February.
With peace, tourists started trickling in. Businesses reopened. All these have multiplier effects on the lives of Plateau people.

The governorâ€™s intervention in the agricultural sector has been monumental with the launching of 400 tractors for distribution to farmers under the Tractor Ownership Scheme and Public Private Partnership (PPP) between the state government and the Plateau All Farmers Multi-purpose Cooperative Society (PAFMCS). The resuscitation of the fertilizer blending plant in Bokkos, the distribution of about 24,000 metric-tones of fertilizers to farmers at subsidized rate, and the multi-million naira Panyam Fish Farm have added value to agriculture in the state.

So, it was not a surprise that the federal government made Lalong a member of the National Food Security team. He was also deservedly crowned with an award by the Nation newspaper for his agricultural development strides since he assumed office in the past three years.

Lalong also endeared himself to the civil servants in the state with his prompt payment of salaries and pensions after clearing outstanding salaries inherited from his predecessor. The multiplier effect of this salary payment on the general economy of a largely civil servant society such as Plateau is definitely an achievement as childrenâ€™s school fees are paid, trading activities are boosted, and artisans/entrepreneurs benefit along the value chain.

In the education sector, the governor introduced reforms by employing and training a large number of teachers, constructed avalanche of new classrooms, and massively injected funds into the primary education sector.

The state university in Bokkos which had no accreditation for most of its courses received government attention leading to the accreditation of nearly all its courses by the National University Commission (NUC), such that graduates of those courses who could not go for the mandatory National Youth Service Corps (NYSC) because of lack of accreditation were immediately mobilized for the programme. Many lecturers from the university were also given scholarships for further studies within and outside Nigeria.

In collaboration with the federal government in the area of security, Lalong attracted a unit of the Mobile Police to Shendam in the southern senatorial district of the state. He also enlisted the support of the federal government to locate a Nigerian Air Force (NAF) unit at Kerang in the central zone of the state. These have by no small mean boosted the security of the state. The recent commissioning, by the president, of Peace Roadmap drawn by the Plateau Peace Building Agency showed that the governor was committed to consolidate on the existing peace.

The people are therefore beginning to regain confidence and commercial activities are beginning to thrive. New hotels are springing up and tourists are returning to find destinations in Plateau.

Recent Jos Trade Fair and colourful Jos Carnival held in the capital city of Jos are clear testimonies of the return of a new Plateau. That the governor could take a long walk with the people from Miango road to Polo field without the usual harassment and throwing of stones was a mark of acceptance.

Jos is fast becoming the conference destination of choice for many organisations. In recent past, for instance, tourism operators, Chairmen of State Electoral Commissions and town planners all hosted their annual general meetings and conferences in Jos. The Nigerian Theatre Arts Festival (NUTAF) plans to convene representatives of 45 universities along with about ten thousand artistes to perform at the Plateau State University, Bokkos, in June.

While the congresses at ward, local government and state levels of the All Progressive Congress (APC) across the country were marred by violence and crises, with stakeholders dragging one another to court, the exercise in Plateau were exceptionally peaceful, with most the candidates emerging through consensus. This is a sharp departure from the past.

Abandoned industries like the Highland Bottling Company are back on track, with production gradually picking up, while progress is gradually and steadily being made to revive the moribund Jos International Breweries (JIB), Jos Main Market and other enterprises. Efforts at re-acquiring the multi million naira BARC farms are also ongoing.

For the people of Plateau, the past three years of Lalong has been worthwhile. Lalong may not have performed optimally, but a fair judgment will agree that there has been good governance on the Plateau. This is not to say that, like in many other states in the middle belt, there have not been challenges posed by farmers/herders clashes, especially in the villages. But the commitment to restoring peace and reconciling the people irrespective of religion and ethnicity is what stands Lalong out.

Quote
The recent commissioning, by the president, of Peace Roadmap drawn by the Plateau Peace Building Agency showed that the governor was committed to consolidate on the existing peace

Buhari to Present 2021 Appropriation Bill to N’Assembly Next Week, Says...

editor - September 29, 2020 1:51 am
18
BY REUBEN ABATI I was very skeptical when the current leadership of Organized Labour in Nigeria objected to the decision of the Federal Government to... 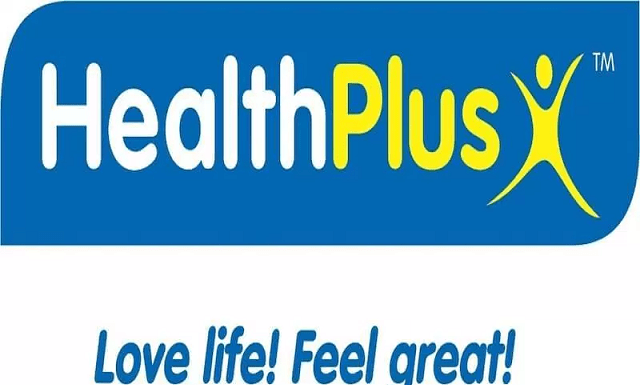