The total value of currency-in-circulation in the country reduced by N269 billion year-on-year to N1.668trillion as of the end of March thisyear, down from the N1.937 trillionrecorded in February 2018, the Central Bank of Nigeria (CBN)revealed in its latest money and credit statistics for March.

Currency- in- circulation refers to the total value of currency (coins and paper currency) issued during a given period, minus the amount that has been removed from the economy by the central bank.

Also, the data showed that banking sector credit to the private sectorreduced marginally year-on-year to N22.444 trillion at the end of March, compared to the N22.621 trillion it was as at the end of the previous month.

The central bank data showed that broad money (M2), which is made up of demand deposits at commercial banks and monies held in easily accessible accounts increased slightly year-on-year from N24.019 trillion the previous month, to N24.303 trillion at the end of the review month.

Similarly, narrow money (M1), which included all physical monies such as coins and currency along with demand deposits and other assets held by the central bank rose year-on-year to N10.913 trillion in the review month, as against the N10.731 trillion recorded the previous month. In the same vein, the data gathered from the central bankâ€™s website showed that the amount of currency outside banks increased to N1.668 trillion, up marginally from the N1.571 trillion it was as at the end of February 2018.

Furthermore, it put the total amount of banksâ€™ reserves with the central bankat N4.357 trillion as of the end of March, compared with the N4.160 trillion recorded at the end of the previous month.

In addition, demand deposits, which are funds held in an account from which deposited funds can be withdrawn at any time without any advance notice to the depository institution increased to N9.244 trillionin March, compared to the N9.160 trillion recorded the previous month, just as Quasi Money, which are highly liquid assets other than cash, that can be quickly converted, stood at N13.390 trillion in March, up from N13.288 trillion the previous month.

Analysts at FSDH Merchant Bank Limited had projected that banking sector credit to the private sector would rise this year. The firm held the view that the manufacturing sector would attract the highest credit this year, further adding that the uncertainties surrounding the fuel subsidy in the petroleum marketing sector may lead to a contraction of credit to that sector.

It noted that the improvement in the macroeconomic and business environment; improved consumersâ€™ confidence; and the drop in the yields on the Nigerian Treasury Bills (NTBs) would be the main drivers of the expected credit growth.
â€œOur findings show that the agriculture sector in Nigeria is faced with many problems. Thus, the sector is unable to attract the required
credit.

â€œSome of the problems are: inadequate storage facilities; poor transport network; inadequate research to develop improved seedlings; and weak integration between the sector and the manufacturing sector in providing manufacturing inputs.â€
The CBN Governor, Mr. Godwin Emefiele had assured Nigerians that the central bank would continue to explore measures that would see that
interest rates are supportive of domestic production.

According to him, the Bank would continue to fine tune measures to ensure and guarantee a stable exchange rate regime.
Emefiele had pointed out that with on-going recovery in economic performance, he was optimistic that improved outcomes would be recorded in the central bankâ€™s work towards taming inflation, bringing down interest rates and guaranteeing exchange rate stability. 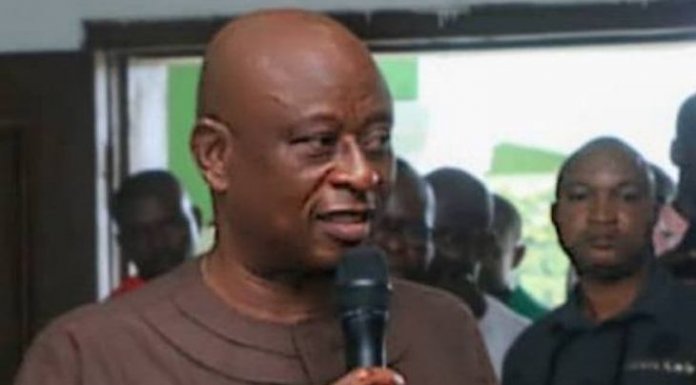