Members of the defunct New Peoples Democratic Party (nPDP) wing of the All Progressives Congress (APC) have broken apart with a faction loyal to the ruling party and President Muhammadu Buhari distancing themselves from the one-week ultimatum issued by its chairman, Alhaji Kawu Baraje.

The opposing group led by Senator Abdullahi Adamu, a former governor of Nasarawa State, stormed the APC national secretariat in Abuja yesterday to present a letter to the national chairman, Chief John Odigie-Oyegun, urging him to call the bluff of the Baraje-led group whom he accused of fronting for Senate President Bukola Saraki.

Adamu, who briefed reporters after presenting the letter, expressed the support of the group for the Buhari-led administration and accused Saraki of being the brain behind threats by the Baraje faction of the nPDP.

The nPDP, in a letter signed by Baraje and Prince Olagunsoye Oyinlola, who last week decamped from the APC, had given the leadership of the ruling party and the president a seven-day ultimatum to address their charges of marginalisation and oppression against its members.

In the four-page letter dated April 27, 2018, they had alleged that despite their contributions to the success of the APC in the 2015 elections, their members had been relegated to the background in the scheme of things in the party and in government.

The letter said the only seat that went to members of the nPDP in the Federal Executive Council was given to a member whose state contributed virtually no vote to the APC in the 2015 presidential election.

They also enumerated the contributions of the nPDP to the 2015 electoral victory of the APC.

But while dismissing the ultimatum issued by the Baraje-led group, Adamu said yesterday that his group, which was part of nPDP that broke away from the main PDP right from the beginning, was never consulted nor carried along before the letter of complaint was tendered.

He said all the allegations raised in the letter submitted by Baraje’s group were false.

In the letter submitted by the Adamu-led faction titled, â€˜Unfounded and Unjustified Grounds for Confrontation with our Party, the APC, and Government by Some Members of the Defunct nPDP,â€™ dated May 14, 2018, and addressed to the APC national chairman, the group described Barajeâ€™s letter as â€œmisleadingâ€.

The letter jointly signed by Adamu (chairman), Chief Theodore Geogewill (deputy chairman) and Hon. Abdulmumin Jibrin as secretary of the group said Barajeâ€™s letter â€œwas full of contradictions, false assertions, misrepresentations, a distortion of history and facts and in many instances outright liesâ€.

â€œWe as initiators and founding members of the defunct nPDP, therefore, wish to condemn and disassociate ourselves from the letter and apologise for the obvious embarrassment the letter has caused our party and government.

â€œWe wish to reaffirm our support and confidence in the party and Mr. President and we do not in any way feel marginalised or maltreated as we are clearly in the league of the biggest beneficiaries of the party.

â€œMr. Chairman, for the purpose of correcting the misleading contents of the letter and setting the records straight, it is pertinent that we provide some facts on some of the issues raised in the letter,â€ the group said.

On the issue of marginalisation, as alleged by the Baraje-led group, Adamuâ€™s group said government patronage was not limited to the executive arm only, adding that APC has ensured a balance of power among the legacy parties that formed the coalition.

â€œWhile the Muhammadu Buhari-led CPC got the presidency, the Bola Tinubu-led ACN got the vice-presidency and the nPDP as we were then eventually got the combination of Senate President and Speaker of the House of Representatives, though under somewhat questionable circumstances,â€ they stressed.

Continuing, the group said: â€œIt is strange that we did not see any qualms when the Senate President and Speaker dispensed about 200 appointments including committee chairmen without asking for nominations from Mr. President, the vice-president, the APC as a party, Asiwaju Bola Tinubu as party leader, Baba Akande, the pioneer national chairman, and a host of others. Is that not marginalisation?

â€œIf we in the nPDP did not view that as marginalisation, then we do not have the moral justification to accuse the president if he appoints his ministers without seeking for our nominees.

â€œThe APC has been very gracious to us but we must not over-stretch our luck. We have concentrated on pointing accusing fingers at the president and the party and generally others while we failed to look inwards to address the greed, selfishness, witch hunt, injustice and high-handedness exhibited by some leaders of the defunct nPDP in privileged positions today against our fellow members.

â€œWe only remember that the nPDP ever existed when it was time to advance our personal and often selfish interests. Let us be careful not to become a cancer to any house we seek to join, or gain a specialty in trying to destroy every house we help to build. We must be introspective and change our ways.â€

The group led by Adamu said that the party and Buhari should also reach out to its members if they wished to grant audience to the aggrieved Baraje group.

â€œIn any event that it decides to grant audience to the group led by Kawu Baraje, we the Buhari supporters who are now in the majority in the defunct nPDP should be invited to the meeting as well, for it seems the petitioners no longer stand for the ideals of the defunct nPDP nor represent our collective interest and position,â€ the group said.

The Adamu group, which copied Buhari and Tinubu in the letter, also expressed solidarity for the president and the party for â€œsteering the ship of state in this trying moment and for their maturity in the face of several instances of attempts to intimidate, blackmail, harass and embarrass the government and party by some members of the defunct nPDP members for their selfish interestsâ€.

â€œWe remain resolute in our loyalty and support for our party and this government in the effort to deliver service to the Nigerian state and our people,â€ they stated. 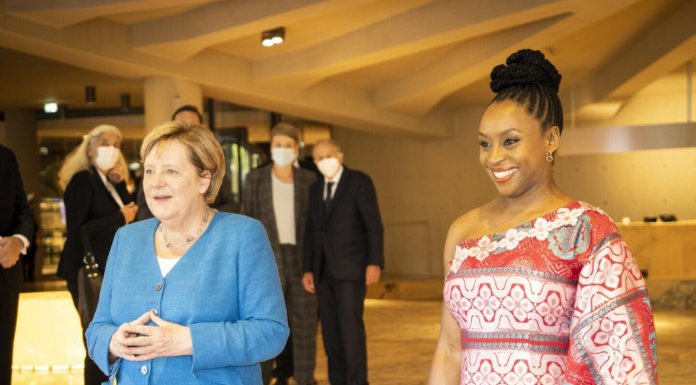