DBNâ€™s Managing Director/CEO, Mr. Anthony Okpanachi, who disclosed this in an interview in Abuja, weekend, said that the Bankâ€™s management is already synergising with the World Bank for consultants to put the structures in place.
According to him, although the wholesale development bank is yet to implement its risk-sharing model, the CBN had already given the regulatory approval.

It is also now confirmed that with the new equity shareholdersâ€”the African Development Bank (AfDB) and the European Investment Bank (EIB), which recently invested $50 million and $20 million respectively, the DBN is now owned by the Federal Government, Nigerian Sovereign Investment Authority (NSIA) and EIB.

Giving further insight into the risk-sharing module, Okpanachi disclosed that a risk-sharing arm would be established as a subsidiary of DBN, stressing that the Bankâ€™s management is already working with the World Bank for consultants to put the structures in place.
He said: â€œWe have not started that, though we have gotten the regulatory approval to set it up. Itâ€™s going to be a subsidiary of the Development Bank of Nigeria and we have started working with the World Bank to get the consultants to put the structure in place. It is our projection that towards the end of the year or early next year, the credit guaranty should come on board.â€

Okpanachi, who also spoke on DBNâ€™s efforts to de-risk the Medium, Small and Micro Enterprises (MSMEs) and providing capacity to primary financial institutions (PFIs), said these were ongoing, adding that a section known as â€˜project implementation unitâ€™ is already in the Ministry of Finance.

â€œThat is also ongoing. If you recall that we have a unit with the ministry called the project implementation unit, the idea is to have different units handling the capacity-building issues so that we are not distracted from the core mandate of lending and they have sent out RFPs (request for proposals) expression of interest for consultants to come in and the process is on-going,â€ stated.

Okpanachi identified the commercial banks as Wema Bank, Ecobank, Sterling Bank, Diamond Bank, and Fidelity Bank.
He assured that the bank was determined to meet its target of extending credit to at least 20,000 MSMEs in its first full year of operations.
The DBN CEO said: â€œWe are working towards meeting the target. As I said earlier, we are in our first year of operation. Now DBN is a start-up; there is a process of start-up, I said first year of full operation, so you are going to start the follow-up this year. So, we have full operation in place.

â€œWe were licensed on 29th of March last year; we took process of setting up structures that took some time and because we are wholesale, we are going to partner with some financial institutions to bring them onboard before we can now begin to lend to them. I can assure you that we are on course.â€

He revealed that the initial N5 billion, which was made available for on-lending to three microfinance banks last November had almost been fully disbursed.
Okapanchi ruled out the likelihood of DBN going to the market to raise funds soon, adding that with the close to (N400 billion and another $70 million from AfDB and EIBin its kitty as investors’ fund, it has enough funds to extend credit to MSMEs. 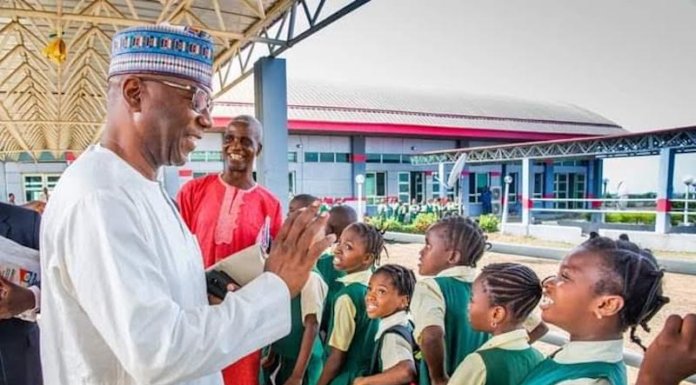