When the younger brother of the BBC’s Ruona Meyer became addicted to cough syrup, she began to investigate the men who make and sell opioid-based medicine on the streets of Lagos.

Her investigation took her deep into Nigeria’s criminal underworld, uncovering an epidemic that is destroying young lives across West Africa.

“Where there are lots of school kids, as soon as they get a taste for it, they’ll keep pestering you for more,” says Junaid Hassan.

When I heard him say these words I felt sick to my stomach.

I had already witnessed what he described – young Nigerians hooked on cough syrup made with codeine, an opioid which can be addictive. A 14-year-old girl from my home city of Lagos, her parents distressed and unsure how to help her. A young man in Kano, chained to the floor of a rehab centre, swarming with flies, driven mad by months of drinking syrup with his friends.

My own brother has suffered from codeine cough syrup addiction. The strawberry tasting opioid hooked him after our father was killed.

Grief, depression, a desire to be cool are just some of the reasons Nigerians are falling for this drug. Musicians sing about the high it gives you. Dealers peddle it in nightclubs and on the streets. Teenagers mix it with soft drinks, or swig it straight from the bottle at “syrup parties”.

Mr. Hussan, aka Baba Ibeji, works at Bioraj Pharmaceuticals, a licensed medical producer which manufactures a codeine cough syrup called Biolin. The company is a major supplier to northern Nigeria.

He is one of a number of pharmaceutical company employees who the BBC have secretly filmed doing illegal cough syrup deals over the past few months. It is not illegal to drink or manufacture the medicine – but it is against the law to sell it to people without a doctor’s prescription or those who don’t have a pharmaceutical licence.

“Even if someone wants to buy 1,000 cartons, we won’t give them a receipt,” Mr. Hassan told us, explaining how he avoids detection from authorities. Corruption like this is against Bioraj company policy, but is helping to fuel the industrial quantities of syrup leaking on to the black market.

When we informed Bioraj that we had evidence Mr. Hassan was engaging in this illicit activity, it responded with a statement saying the company only sells codeine cough syrup legitimately, that Mr. Hassan denies wrongdoing, and that company chairman Bioku Rahamon personally guards Biolin sales.

Like all opioids, codeine is in the same chemical family as heroin. It’s an effective painkiller, but is also capable of giving you a euphoric high if consumed in large quantities. It is highly addictive and, taken in excess, can have a devastating impact on the mind and body.

In the Dorayi Rehabilitation Centre in Kano, I met a man said by staff to have been driven insane by the drug. He was shackled at the ankles and chained to the roots of a tree, screaming and thrashing his arms. Seventy-two hours earlier he had been out on the streets, breaking car windows in traffic.

“He’s still going through his withdrawal issues now,” said Sani Usaini, the officer in charge of the rehab centre.

Codeine cough syrup â€“ the scale of the problem

Codeine is a pain killer but also an addictive opioid. Taken in excess, it can cause schizophrenia and organ failureÂ Codeine syrup is commonly mixed with soft drinks and often consumed by studentsÂ The codeine is imported, but the syrup is made in Nigeria by more than 20 pharmaceutical companies

In addition to kidney damage and seizures, serious abuse of codeine cough syrup can result in mental psychosis – delusions, hallucinations, and even schizophrenia. Many of the syrup addicts in the rehab centre can become so violent that staff chain them to the floor.

The air hung with a faint smell of faeces and the hum of flies. “Plenty of parents come here to cry.”

Pharmaceutical company employees who illegally sell syrup on to the black market know just how addictive codeine can be. Among them is Chukwunonye Madubuike, a business development executive with Emzor pharmaceuticals, which illegally sold us 60 bottles of codeine syrup in a hotel room deal in Lagos.

“When somebody is addicted to something – you get me? – and he needs it, the price I don’t think is an issue on this,” he told us. “This is a product that I know that if I have one million cartons, I can sell it in a week.”

Emzor Pharmaceuticals told us that it is now investigating Mr. Madubuike, adding he has access to a very limited amount of Emzolyn with codeine and could not sell large quantities illegally. The company says it is a responsible and compliant business, is reviewing its distribution.

Officers showed us over two tonnes of syrup – Bioraj’s Biolin with codeine – that had been seized by Swat teams. They also showed us weapons criminal drug gangs use to protect their business, including knives, swords, and even a chainsaw that had been used to attack an NDLEA officer.

But the NDLEA in Kano, by its own admission, is struggling to cope with the sheer scale of the syrup epidemic.

The Nigerian Senate estimates that as many as three million bottles of codeine syrup are drunk every single day in just two states, Kano and Jigawa.

“We may not even arrest 10 per cent (of cough syrup on the market),” said Commander Hamza Umar of the NDLEA in Kano. “It crosses all class, no matter the level – rich and poor, educated and illiterate, a beggar and a toddler.”

Back in the rehab centre, Mr. Usaini measures the scale of the epidemic by the number of young syrup addicts who are brought into his care. He used to see perhaps two or three cases each week, but “now we see seven, eight, sometimes even 10 within a weekâ€¦ Any child that you see they’re bringing here as a drug addict? It’s codeine.”

In a windowless room, still shaking after two months of withdrawal, we found one of those children – a 16-year-old girl in a pink hijab who told us that she used to get syrup from her boyfriend and drink it after school.

She had a simple message for other young Nigerians tempted by the syrup craze: “I would advise them not to go into it if they haven’t already. If they do, it will ruin their lives.”

This is the first report from BBC Africa’s new investigations unit, Africa Eye. 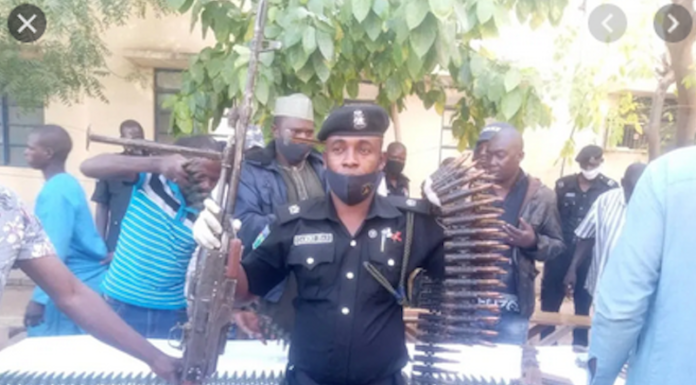