The Minister of Health, Prof. Isaac Adewole, has said that despite the fact that a lot of progress has been made in the past few years, malaria still remain a major public health problem in Nigeria.

Adewole stated this in Abuja at the commemoration of the 2018 World Malaria Day with the theme â€˜Ready to Beat Malariaâ€™, and the slogan â€˜Together We Canâ€™.

He reminded that the celebration of the World Malaria Day dates back to the historic gathering of African Heads of State in 2000 where over 44 countries, bilateral and multilateral organisations who were in attendance, agreed on the target of halving the burden of malaria in Africa by year 2010, adopted the framework for monitoring progress and evaluating outcome.

“It is indeed sad that malaria though preventable, still remains a major Public Health problem in Nigeria and constitutes a major barrier to social and economic development,” he said.

The minister however, assured that the “Government is concerned about this and is working hard to improve the quality of care and increase access to anti-malaria commodities particularly amongst the poor. We are also working towards securing additional funding to close the existing commodity gap and move Nigeria towards elimination.

“I must inform you that malaria control activities in the country are guided by the National Malaria Strategic Plan (NMSP: 2014-2020), which was recently reviewed to make it more responsive to our vision of a malaria-free Nigeria.â€

He noted that the malaria epidemiology for Nigeria is changing; adding that a recent mapping by the â€œLINK Projectâ€ of The London School of Hygiene demonstrated a 50 per cent gradual shift from hyper and holo-endemic to meso-endemic pattern between 2000 and 2015.

According to him, 92 per cent of the population now lives in areas with a prevalence rate of between five per cent and 39 per cent. He said this is similar to the results of the 2015 Nigeria Malaria Indicator Survey (NMIS) which showed a remarkable reduction in malaria prevalence from 42 per cent to 27 per cent which is a commendable stride in governmentâ€™s efforts to stem malaria.

He said: “In order to ensure continuous access to mosquito nets, government and partners embarked on replacement campaigns. In 2017 about 16,199,953 Long Lasting Insecticidal Nets (LLINs) were distributed in seven states – Sokoto, Edo, Kwara, Osun, Imo, Ondo and Adamawa. This year, we plan to distribute about 18.4 million nets in six states â€“ Nassarawa, Ogun, Jigawa, Katsina, Gombe and Kebbi states. Nets are also being distributed through antenatal clinics for pregnant women and routine immunisation of children. It is common knowledge that a lot of the LLINs distributed are not used. In 2015 National Malaria Indicator Survey report showed that 37 per cent of the household slept under an LLIN the night before the survey. We are working hard to ensure that net use increases considerably.

“Indoor Residual Spraying (IRS) has been effective wherever it has been piloted for instance confirmed cases of malaria in Misau LGA in Bauchi State dropped from 14,949 to 4,819 (67.8 per cent reduction) after the application of IRS intervention. However, less than one per cent of households in Nigeria are covered by IRS. May I use this medium to call on investor, donor and partners to support the intervention. I am glad to inform you that Nigeria recently developed and printed the National Insecticide Resistance Management (IRM) Plan to provide guidance and ensure effective monitoring, management of vector resistance and monitoring of quality vector control interventions. In addition, surveillance activities are currently going on in six sentinel sites across the country, one in each geo-political zone. We are on the verge of establishing another three sentinel sites in Kano, Niger and Osun states to increase in coverage in terms of insecticide resistance monitoring and vector surveillance. I am delighted to note that a new site will soon be established in Plateau State.

“We are working hard to ensure anti malarial commodity availability. In 2017 using the distribution model of Long Haul Distribution (LHD)/Last Mile Distribution (LMD) about 44,634,857 and 11,235,672 doses of Artemisinin based Combination Therapy (ACTs) were delivered to the private and public sector respectively. Similarly, 16,035,167 units of Rapid Diagnostic Test (RDTs) kits were distributed to States. This in itself is a booster to our policy of testing before treatment as well as the use of ACTs for the treatment of uncomplicated malaria as clearly articulated in the malaria policy.

“In our effort to halt parasite transmission in nine states in the Sahel zone, we introduced Seasonal Malaria Chemoprevetion (SMC) and Intergrated Community Case Management of Malaria (iCCM). I am delighted to inform you that in collaboration with our partners, we have carried out extensive work in Zamfara and Sokoto states. We are also working in four LGAs in Jigawa State and six LGAs in Katsina State. I want to appreciate DFID for providing funds to cover 200,000 children in Jigawa and and Malaria consortium for providing funds to support Sokoto and Zamfara states.”

Speaking further, the minister said the drug Therapeutic and Efficacy Studies (DTES) has been strengthened to provide the much needed data to track and ensure that the malaria parasite is susceptible to approved medicines and to enable and early detection of resistance.

Adewole said that Nigeria would also sustain; robust multiple prevention strategies driven by significant scale-up of IRS, universal coverage with LLIN and strategic use of larviciding, as well as intermittent preventive therapy (IPT) with sulphadoxine pyrimethamine (SP) for pregnant women and strategic deployment of seasonal malaria chemoprevention (SMC); and universal and prompt access to effective case management with emphasis on parasite confirmation before treatment; 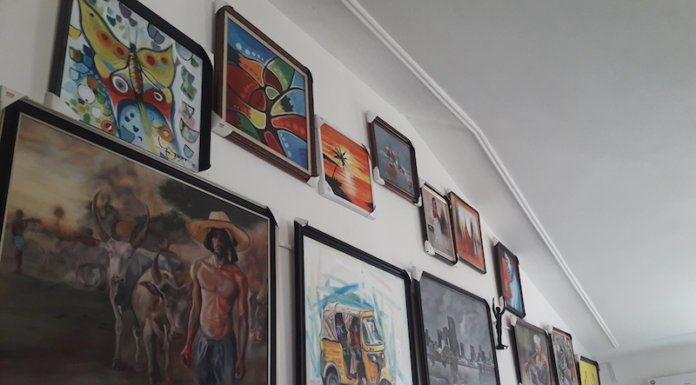