n March 24, hundreds of thousands of Americans, both old and young, participated in what will be regarded as the biggest gun control protest in the history of America in recent time.
The protest dubbed â€˜March for Our Livesâ€™ is a fallout of the Valentineâ€™s Day mass shooting at Marjory Stoneman Douglas High School in Parkland, Florida, when a 19-year-old former student of the school, Nikolas Cruz, shot and killed 17 people and injuring several others.
Some student survivors of the attack, whose lives may have been scarred by that experience, started a movement to get the lawmakers reconsider the gun control policy of the United States of America.

The first organised mass protest by the teenagers took place onÂ March 14. On that day, thousands of high school students all over the states of America walked out of their classrooms in protest. The walkout lasted 17 minutes in honour of the 17 people killed â€“one minute for each of the victims. While some observed the 17 minutes gathering outside their schools â€“placards in hand â€“some others trooped out on the streets chanting and holding placards. Others still (in Washington D.C) camped in front of the White House. The remarkable thing about the walkout was the near total compliance by the teenagers in defiance of threats by some of the school authorities and the non-violent nature of it.
The resolve by the students to sustain the gun control demand against all odds snowballed into the â€˜March for Our Livesâ€™ witnessed all over the US on March 24. During the march, teenagers took turns on podiums mounted across the US to deliver powerful speeches on why the gun control policy should be reviewed. In that one day, the American teenagers ruled the airwaves and absolutely took command of Twitter feeds and Snapchat stories. In that one day, their message was clearly passed across and this they vowed to sustain with planned town hall meetings and more demonstrations.

They did not just come out in their thousands, but took bold steps to show they were ready to walk the talk as thousands of the teenagers who were of voting age, got registered in readiness to vote out unsympathetic legislators come next elections â€“therein lies the real power.
Here in Nigeria, there are no guns in the streets. But there is terror, kidnapping, unemployment, mass retrenchment, inflation, hunger, and starvation. There is hopelessness, fear, and confusion, and all these have combined to kill more people than all the mass shootings in America put together.
I am not an advocate of â€˜Nigerian Teens March for Lifeâ€™. Letâ€™s face it: â€˜ko le werkâ€™. Itâ€™s either the police shoot tear gas or bullets into the marching crowd or the military unleashes â€˜Pythonâ€™ or â€˜Crocodileâ€™ on them and what started as a peaceful demonstration would end up in chaos and possible loss of lives. No, thatâ€™s not my drift. Nigerian teenagers have inalienable power in their votes. The Nigerian constitution stipulates that anyone who is a citizen of Nigeria of not less than 18 years of age is eligible to register and vote. Yes! Any teenager, who is up to 18, is qualified to vote. Registration of voters is ongoing and that is your pass to the polling station. You can only lend your voice by voting. It is your right and therein lies your real power.

Jessica Baeder, Miss Americaâ€™s Outstanding Teen
Teen 2018: Not Just A Pretty Face
Beauty runs deeper than physical attributes. To be a Miss Americaâ€™s Outstanding Teen, one needs more than physical beauty. What counts is oneâ€™s ability to impact oneâ€™s community and to be an agent of change. Seventeen-year-old Jessica Baeder from Alabama is not just a pretty face. She proved in more ways than one her commitment to hands-on community service â€“ being a voice for positive change, creating a nation of healthier children, and families.
As Miss Americaâ€™s Outstanding Teen 2018, Jessica will be required to travel around the country speaking to audiences about her platform, â€˜Healthy Food For Allâ€™ and acting as the official National Teen Goodwill Ambassador for Childrenâ€™s Miracle Network Hospitals, a non-profit organisation dedicated to saving and improving the lives of children by raising funds for childrenâ€™s hospitals and a national platform partner of the Miss Americaâ€™s Outstanding Teen Organisation.
With â€˜Healthy Food for All,â€™ Jessica has put in over 800 hours of volunteer time dedicated to providing healthy food options for communities. Her â€˜Fresh Fruits 4 Kidsâ€™ campaign promotes healthy snacks for children by making baskets of fresh fruits available at grocery stores for children to snack on for free, while her â€˜Jessicaâ€™s Pantryâ€™ is a food drive initiative created to supplement summer lunch programs for low income children.
Being a second degree black belter since age 9, Jessica also teaches â€˜Fit for Lifeâ€™ lessons in schools through taekwondo.
Jessica, who is also a talented dancer, won a $30,000 scholarship award towards her college education and additional $1,000 each for her community services and dance talent awards.
Still in high school, she hopes to become an orthopedic surgeon and biomedical engineering researcher in the U.S. Army. Her scholastic honours so far are: International Baccalaureate (IB) student; All-A Honour Roll; Golden Eagle Award; German Award I & II; Advanced Debate Team; National Junior Honour Society; Mu Alpha Theta; Mathematics Honour Society; National Honour Society; National Technical Honour Society.
The Miss Americaâ€™s Outstanding Teen contest promotes scholastic achievement, creative accomplishment, healthy living, and community involvement for Americaâ€™s teens.

CALLING FOR ARTICLES
Are you a talented teenage writer? Hereâ€™s an opportunity to showcase your work to the world. Do you have any of the following: short stories, poems, illustrations, riddles and jokes which you will like us to publish on this page?Â  Send them to:Â teensconnectmag@gmail.comÂ with your passport photograph and please, state your age.

Blow the whistleâ€¦
Whenever cases of domestic violence, sexual abuse or abuse of any kind happens to you or anyone you know, please, dial this number: *6820# to report it immediately.

JOKES
Money!Â  Money! Money!
A certain man was returning from a party very late in the night. He took a motorcycle (Okada) ride home. But he discovered he had spent all his money at the party, wondering how he would pay the fare.
As they cruised along, he thought of how best to discharge the bike man without creating a scene. When they got to a cemetery very close to where he lived, he commanded the bike man to stop. He quickly came down and started walking towards the cemetery.
â€œHey! Where is my money?â€ demanded the bike man.
The man stopped and with his back still turned to the bike rider said, â€œHuman beings and money! When I was alive, it was money, money, money. Now I am dead, it is still money, money, money. Okay, wait for me to go and get the money for you.â€ He continued walking towards the cemetery.
Before he could take two steps more, the bike man zoomed off. 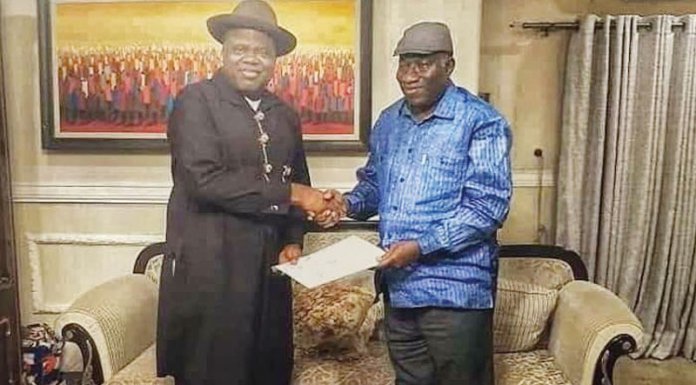