State control of police gained more strategic converts Monday as the Nigerian Governorsâ€™ Forum (NGF) threw its weight behind the idea that has been variously thrown up as the panacea for worsening insecurity in the country.
But the support is conditional as the forum said only states that could afford to establish their own police should be allowed to do so, while the federal police would continue to secure the others.

The shift in the governorsâ€™ position on state policing came just as President Muhammadu Buhari rose from a meeting with security chiefs at the Presidential Villa, Abuja, vowing to end the mounting security challenges plaguing the country.

The president had met with the security chiefs for two and a half hours Monday with none of the officials willing to speak with State House correspondents on the outcome of the meeting.
But a post on the presidentâ€™s Twitter handle read: â€œToday I presided over a meeting of the Security Council. We fully understand the seriousness and urgency of Nigeriaâ€™s security issues, and are determined to implement carefully considered solutions that will not only earn the confidence of Nigerians, but also stand the test of time.â€

Stating the new position of the NGF, its Chairman, Governor Abdul-Aziz Yari of Zamfara State, on the sidelines of the National Security Summit convened by the Senate, which ended in Abuja Monday, said the governors had agreed to find a way to fine-tune the policy.
Majority of members of the forum had opposed the establishment of state police, an idea which required an amendment to the 1999 Constitution for it to fly.
The bill seeking to establish it was subsequently killed in both chambers of the National Assembly during the constitutional amendment votes last year.

But hope that a rethink of the issue was gaining ground rose last week when Vice-President Osinbajo at the opening of the security summit made a strong case asking states to establish their own police, saying it holds the key to reducing the high level of violent crimes and insecurity in the country.
Yari rekindled that hope Monday when he announced the shift in the position of the NGF, saying allowing states that could afford it have their way, would reduce the pressure on the federal police system.

Clarifying the initial rejection of the idea, he said it was opposed by many states on the ground that they could not afford it.
He explained: â€œThat is why we are saying that it is not all the states that are supposed to have state police. Those that can, should have it. For instance, Lagos State, as rich as they are, can have state police. The number of Federal police in Lagos can then be reduced (and deployed) to Osun, Ogun and other states that cannot afford it.

â€œIf Rivers State can afford it, more Federal police can be redeployed to Cross River and other neighbouring states like Enugu that cannot do it. If Kano State can do it, they can take to my state (Zamfara) that is not all that rich. It is something that we can’t take up at the same time.â€
He noted that while the NGF was â€˜unfortunatelyâ€™ divided over the matter, the number of police in Nigeria was grossly inadequate, and fell far below the global standard ratio.
Yari lamented that the challenges of insecurity such as banditry, militancy in the Niger Delta, cattle rustling and others had caused the economy to dwindle and were threatening national unity.

According to him, â€œThe take home from this summit is that the vice-president raised some of the key discussions about the issue of state police. Today, we have reiterated the position of the Vice President on the security summit we held in August that there is a need for state police.
â€œInternal security is supposed to be handled and managed by the police but the police of today are inadequate. There are about 4 million people in Zamfara State but we have less than 5000 policemen. If we look at the ratio, it is far below international standard.
â€œTherefore, we in the forum agreed that we can find a way that we can fine-tune the issue of State police.â€

Also speaking with journalists, the Senate Minority Leader, Senator Godswill Akpabio, said there was a consensus on the need for state police at the summit, particularly when considering the nationâ€™s population.

He said: â€œWe centralised security in the hands of the police, which basically should provide security of lives and property. At independence in 1960, we were less than 60 million in population. Today, we are about 200 million and the number of policemen cannot really police the entire country and provide security for Nigerians.

â€œTherefore, there is the need to decentralise that aspect and that comes under devolution of powers. We may need to rejig the Constitution to bring security under the Concurrent List of the legislature so that it will be easy for the states to set up something that will be in line with proper guidelines. State policing has been accepted by all and sundry. I have not seen anybody speaking against it. I think that is one major thing we can take out of this summit.â€
He also spoke on the federal governmentâ€™s bid to re-create grazing routes, to reduce the constant clashes between farmers and herdsmen and stated that ranching would be more appropriate in contemporary Nigeria.

â€œThe implication now is that with the current population growth in the country, there is now a lot of competition between the cows, the grass and the infrastructure. If the routes are no longer existing, we have to modernise the system,â€ he said.
Senator Victor Umeh (Anambra, APGA) also speaking, said the issue of the National Conference of 2014 was also raised at the summit, with queries on why the government is not considering implementing the report.

â€œSome of the leaders who came here were at the national conference. You talked somewhere and abandoned the resolutions somewhere, only to come here and start to talk again. When are the solutions going to be found? You must be open and accept the means of addressing the grievances of the people,â€ he said.
Umeh said serveral issues of marginalisation, particularly of the South-east, were raised at the closed door summit.

â€œThese are the issues the government must look at to assuage the feelings of the people. Those who have not been treated well, when they are complaining, donâ€™t think because you are comfortable today, others are making noise. If you find grievances that are genuine, find a way of addressing them,â€ he added.
Meanwhile, a statement issued by the Ad hoc Committee on the Review of National Security Infrastructure Monday said important assessment briefings were provided by heads of security and intelligence agencies.

â€œThe primary purpose of the summit is to reassure citizens that all arms of government are serious about addressing insecurity and are working collaboratively to find solutions,â€ it said, adding: â€œOut of the whole-of-government efforts, Nigerians can expect a higher level of security to protect lives and property.â€
The Chairman of the committee, Senator Ahmed Lawan, said the data gathered from the proceedings would be used to improve the security sector through legislative interventions and advocacy. 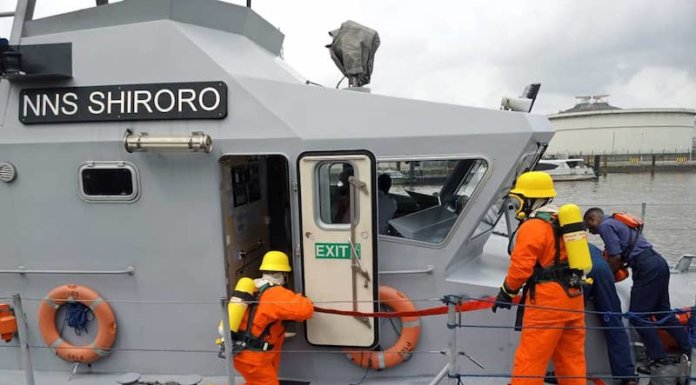