MainOne, a provider of telecom services and network solutions for businesses in West Africa, has said that its Data Centres, which are achieving almost 100 per cent uptime availability, receive over 90 per cent of their power directly from the national grid.

This comes as the Minister of Power, Works and Housing, Mr. Babatunde Fashola recently noted that the lack of adequate electricity in Nigeria cannot be responsible for the countryâ€™s slow-paced industrialisation, or drop in levels of her economic growth, noting that country currently has up to 2000 megawatts (MW) of redundant power that could go to its industries.

In the same vein, General Manager of MainOne Data Centre subsidiary, MDXI, Mr. Gbenga Adegbiji, has debunked the myth that power hungry industries, such as data centres, cannot successfully operate in Nigeria. According to Mr. Adegbiji, MainOne is poised to achieving 95% availability in 2018, based on a growing partnership with a local power distribution company, Eko Electricity Distribution Plc.
During an interview recently, Adegbiji stressed that MainOneâ€™s data centre facility was purpose-built to mitigate all challenges that global businesses may have in a Nigerian data center.

He mentioned that before constructing the data center, the company realised constant power supply was a critical challenge for businesses requiring high availability colocation infrastructure within Nigeria and invested in a direct private connection to the National grid through Eko Electricity Distribution Plc.
â€œWe recognised the crippling impact of downtimes, the peculiarities of the Nigerian power environment as an albatross that had forced many companies to relocate outside Nigeria and ensured MDXI was established with the most robust electricity power and back-up arrangements, in line with the Telecommunications Industry Association (TIA) ANSI/TIA-942, the leading Telecommunications Infrastructure Standard for Data Centers,â€ Adegbiji said.

He added: â€œThough we made provision for the full complement of generators and diesel tanks with capacity of over 100,000 liters to secure the data centerâ€™s operations and guarantee 99.995% availability, we also partnered with Eko Disco and co-invested in a dedicated 33KV feeder and line connection to the National Grid through the Ajah sub-station.

â€œConnecting directly to the grid provides us access to multiple power generating plants and guarantees backup in the event that one power plant goes down. This was a capital investment of hundreds of millions in substation equipment and dedicated power lines which bypass all â€˜last-mileâ€™ challenges encountered in electricity distribution. This has guaranteed an increase in power availability at the data center from 50% average commercial power availability to between 95% and 98%.â€

Aside the steady state of operation and the attendant reliability of equipment and systems that the public power provides, MDXI has also been able to guarantee a significant cost savings which is passed on to its numerous customers which include banks, government parastatals, international financial organisations and the large over-the-top operators.

The data centreâ€™s performance and service delivery has earned the company an Impact Award during the Presidential Enabling Business Environment Council (PEBEC) Impact Awards for its contribution to improving Nigeriaâ€™s rank in the â€œEase of Doing Businessâ€ index through its colocation of critical server infrastructure for the Federal Government.

Chief Executive Officer, Eko Disco, Mr. Adeoye Fadeyibi highlighted MDXI as a stellar example of how privatisation of the power sector is making a positive contribution to the Nigerian economy by guaranteeing a higher level of power availability.

â€œWith MDXIâ€™s significant investment in last mile transmission and distribution infrastructure, EKEDC has been able to provide an average of 88% uninterrupted uptime to the data centre on a monthly basis since its launch in January 2015,â€ he said. 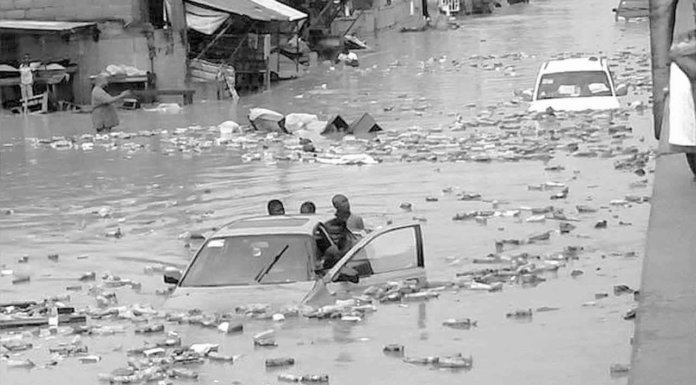