The Peoples Democratic Party (PDP) has challenged the federal government to be more honest with Nigerians on what it plans to use the $1bn excess crude oil money approved for its use by the National Economic Council (NEC) last week.

The party also asked the Minister of Information, Alhaji Lai Mohammed, to comment on allegations that the All Progressives Congress (APC) funded its 2015 presidential campaign with stolen public funds, particularly from Lagos and Rivers States.

The Edo state governor, Godwin Obaseki while explaining the move by the FG to withdraw $1 billion from the ECA jointly operated by the federal and state governments, had said the money was to be used in prosecuting the war against Boko Haram.

But doubting the expressed intended use of the money, the PDP in a statement on Sunday by its National Publicity Secretary, Mr. Kola Ologbondiyan, said the federal government needed more explaining to do since it had told Nigerians before that the Boko Haram insurgency had been technically put down.

The party had last week criticised the NEC action, saying its claim that the money was for the fight against Boko Haram flew in the face of the federal governmentâ€™s declaration that it had defeated the insurgents.

In his reaction to the partyâ€™s critique of the NEC approval, Mohammed had accused the PDP of using stolen money for its ongoing rebranding efforts.

The PDP yesterday, however, described Mohammedâ€™s response as an inexcusable move by the APC-led federal government to divert attention from its attempt to pilfer $1bn from the Excess Crude Account (ECA) to finance partisan activities.

The party said: â€œThe attempt by the APC- led FG to divert attention from the fraud, by resorting to unsubstantiated allegations against the PDP only reinforces its manipulative tendencies and arrogant spurn to the sensibilities of Nigerians.

â€œThe Federal Government has failed to address issues raised by the PDP and majority of Nigerians, including APC members, who cannot fathom how this administration would want to expend N365 billion on fighting insurgents it claimed had been technically defeated.”

PDP while asking the FG to come clean on the issue of the $1bn Excess Crude money, also challenged the minister of information to comment on allegations that the APC funded its 2015 presidential campaign with stolen public funds, particularly from Lagos and Rivers States.

â€œHe should also waste no time in commenting on allegations of corruption levelled against their former SGF, Mr. Babachir Lawal, the Mainagate and other heavy sleazes going on unabated under the current APC-led administration,” PDP said.

The PDP also challenged the Minister of Information, to substantiate his claims that the PDP was rebranding with stolen money.

According to the PDP, such a wild allegation was only intended to divert public attention from the heavy sleazes under the current administration, the latest being the moves to use the fight against terrorism as a conduit to siphon public funds for partisan purposes.

It said: â€œThe Federal Government has failed to address issues raised by the PDP and majority of Nigerians, including APC members, who cannot fathom how this administration would want to expend N365 billion on fighting insurgents it claimed had been technically defeated.

â€œIt is indeed appalling that rather than being remorseful, the APC Federal Government has renewed its wild allegations and cheap blackmail against the PDP.

â€œIt is clear to all that the PDP do not have access to public funds and cannot be rebranding with stolen money.Â Â Instead, we are rebranding on the grace of the general goodwill of Nigerians who have suffered untold hardships in close to three years of APC government.

â€œWhile we understand the nervousness of the APC-led Federal Government over our rebranding and the renewed popularity of the PDP, which has signalled their inevitable death knell, resorting to outlandish allegations will not help them as Nigerians have since seen through such old-fashioned propaganda and gimmicks.

â€œWe are however not surprised by this diversionary and deceptive approach from the APC government; a government whose officials have since become notorious for dishing out falsehood to Nigerians to cover their incompetence and corrupt tendencies.”

PDP said that the same minister of information, had in a press conference in Abuja, in 2016, alleged that 55 people stole a total of N1.34 trillion and that five former governors stole N146.8 billion; while four former ministers stole N7 billion.

All the allegations, the party said, had remained unsubstantiated. 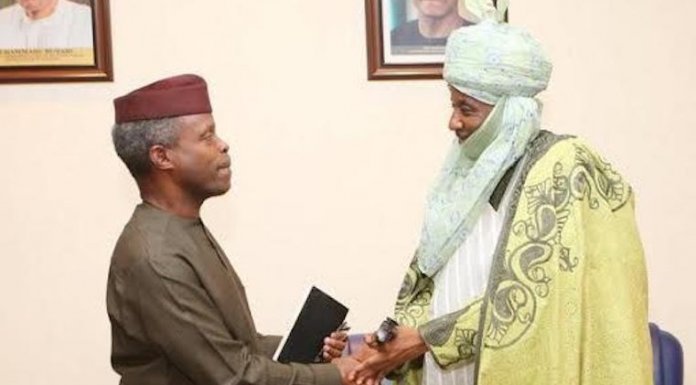 Imo and the Arithmetic of Injustice