The Edo State Government has called for collaboration among law enforcement agencies, rights activists and other stakeholders to curb the growing trend of domestic violence in the state.

Commissioner for Women Affairs and Social Development, Hon. Magdalene Ohenhen, said this in a chat with journalists during aÂ road walk to create awareness on the United Nationsâ€™ â€˜16 Days of Activismâ€™ campaign against Gender-based Violence (GBV), in Benin City, Edo State capitalÂ on Friday.

She said the high rate of gender-based violence in the society results in broken homes, which affect the society negatively, adding,Â â€œthe trend leads to lack of happiness and love in families. It also leads to broken homes, abuse of children, which are also on the increase. We need to be vigilant to spot and assist in stemming the trend. â€

Ohenhen added, â€œHuman trafficking and slavery, which the state is presently confronted with, is also caused by gender-based violence. Failed marriage, which is a direct effect of gender-based violence makes children easy victims for traffickers. These children end up being sold as slaves while many others lose their lives in the process.â€

She, however, called for collaborative effort in dealing with the challenge, noting, â€œthe state government led by Governor Godwin Obaseki will continue to lead the fight against gender-based violence. But the state needs the support of public-spirited individuals, groups and the civil society to end gender-based violence.â€

Meanwhile, during a lecture organised to commemorate the advocacy campaign, a resource person, Mrs. Vanessa Odia, in a paper titled â€œTake Back Your Life; Break the Silence,â€ decried increase in cases of violence against women and children.

Delivering a paper on â€œLegislative Advocacy Against Gender Based Violence,â€ Chairperson, International Federation of Women Lawyers,Â  Mrs. Edeko Maria, said there was need to increase awareness on violence against women, decrying the fact that violence has become a way of life because of the skewed upbringing of children in the society. 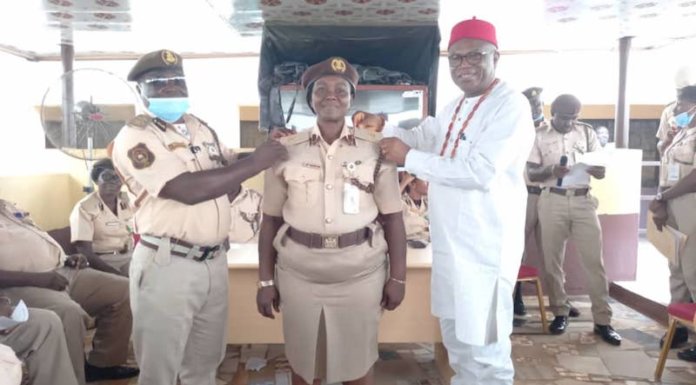